ALEC, you may recall, is the fun club for conservative elected officials and conservative corporate folks. They get together, cook up some "sample" legislation, and send those out as templates for various state legislatures to turn into laws. Not only are they not open to ordinary citizens, but they're pretty adamant about keeping away reporters.

ALEC is interested in many, many aspects of government, but they occasionally take a whack at education, and they have a fun new "resolution" apparently on deck for later this month. If you think that some folks are just a little too paranoid about the whole data mining thing, just have a seat as I walk you through this. Those of you who actually are fully paranoid about data mining may want to strap yourselves in.

It's called the "Resolution in Support of Student-Centered Accountability Systems." Remember when you were a child and some adult would threaten you with how a bit of misbehavior would stay on your permanent record and follow you for the rest of your life? Well, as it turns out, they had no idea how right they were.

Every good resolution starts with some "whereas" business, a list of premises that are supposed to lead us to the "resolved" part. ALEC has a full thirteen piece of wherassing for us. So let's see what our premises are here: 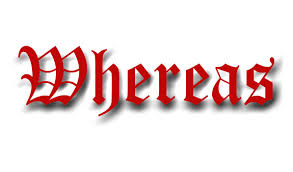 1) ESSA put states back in the driver's seat for public ed accountability. Okay, there are some folks still arguing about that one, but you're technically correct.

2) ALEC supports federalism and likes having states in the driver's seat for accountability. I'm wondering what ALEC means, exactly, by "federalism," but okay again.

3) The purpose of education accountability is to insure "the best possible education for every individual child."  Admirable, if vague and weaselly ("possible"?)

4) Too many accountability systems depend on averaged and aggregated data and are really set up to meet the needs of the system not "maximizing success at the individual student level." ALEC has said another true thing here.

5) While this general data can be useful for policy-makers and parents for trend-spotting, it is not better than and "should not be utilized to circumvent, the individualized assessment of a parent on the unique educational situation and needs of their child." Wrong on the first part. For second, it's become evident that ALEC does not know the difference between an accountability system and a student assessment system.

6) An accountability system based on aggregates and averages will not help struggling students at the bottom or under-served students at the top. Which, again, is why schools actually assess students. ALEC appears to be talking about an imaginary system where the school administers Big Standardized Tests but in which no measures of student achievement are ever made.

7) Average and aggregate accountability systems could be wonky because of mobile students. But, no, they probably won't be, as "mobile" students represent a fairly small group.

8) BS Tests have given schools a serious focus problem. Also, they aren't very accurate, and they don't provide teachers much help in tweaking instruction. And if you've been paying attention for the past year, you know what it means when reformsters start attacking the BS Test.

11) ALEC wants that big fat giant chunk of money spent on schools to be clearly linked to individual student results.

12) Accountability should be determined state by state, as long as they can do it without "undermining parental choice, the availability of options, or harming some students through over reliance on aggregate and average data"

13) This resolution will affirm things ALEC loves, including federalism, limited government, lots of choiciness, and the awesomeness of market forces.

So let's see what resolutions ALEC thinks these thirteen whereasses lead us to.

ALEC thinks states should set up student-centered accountability systems, and they should be designed around the following principles:


What Does That Get Us?

There area some obvious goals here, and at least one less obvious one.

One obvious one is to swing support toward competency based education, with every student getting a supposedly individualized and constantly-assessed program delivered by computer. Of course, student-specific measures, timely return on student-level data, individualized measures-- these are all features that real live teachers already provide in millions of classrooms across the country. But since we aren't recognizing that here, I'm going to guess that ALEC wants the computer-driven, software-centered CBE treatment.

And since we're centering all of that around the student-- even if the student moves-- we are back to the idea of the data backpack, in which a cyber-record of the student is accumulated over the years, to be used for God-knows-what. ALEC seems to forget that one of the points of averages and aggregates was to protect the individual data of individual students; they would like to reverse that and make all the data specific to the student who generated it-- your child's entire school career somewhere in the cloud for the use of future schools, future employers, future insurers, future marketers, and future government officials who just get interested.

I'm not sure what recognition of parental intent means. "I intended to have Chris do homework last night, so please give Chris credit for that even though it didn't actually get done"?

The resolution also reaffirms ALEC's belief that there should be a gazillion charter schools and all manner of choicy delights. And infinite opportunity to scoop up some of those sweet, sweet education tax dollars.

The less obvious object here is to shift an argument that charters have been losing. "Look," said charters. "Let us open a school in this poor neighborhood, and we will get better school results than the old crappy public school." But then if and when they get those better school level results, a bunch of killjoys pop up to point out that those better school results are the result of selecting students who will score higher on the BS Test. But if we are determining the success of the school based on individual students rather than on the school's overall performance, then that argument doesn't even happen. The charter doesn't have to do better, as a school, than the public school-- just so long as the students enrolled in that school do well. Did the charters have individual students who did well? Yes? Well, then, they have done their job and all y'all critics can just shut up. Of course, this will also turn perennially low-performing students into educational hot potatoes, but, hey, that's what a few public schools are for, right?

I do wonder-- in ALEC's Brave New World, how big a market would there be for Off The Grid schools? You know, a school where you could send your child and the school would keep absolutely no computerized record of their progress. That may be the next big charter investment to make.