K12, one of the giants of the cyber-charter biz, has reached a settlement in California after being slapped for lying about student enrollment and student achievement. K12 and California Virtual Academies collected about $310 million in money from the state over the last twelve years (and those are largely Californis tax dollars diverted to the Virginia HQ of K12); the settlement will cost K12 $168.5 million-- sort of. 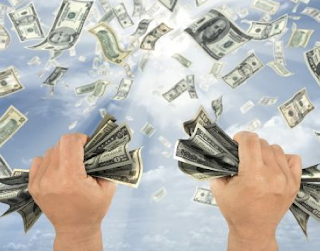 K12, a for profit company, provides the curriculum and programming for CAVA, a non-profit cyber charter in California. As part of the settlement, K12 must cancel $160 million in "credits" that CAVA "owed" it and which represented part of the crushing debt that K12 saddled CAVA with. In addition, it must pay $8.5 million to the state.

In April, the Bay Area News Group published some serious investigative reporting that examined just how badly K12 was soaking the taxpayers of California. Soon thereafter, K12 was under investigation by the California Attorney General's office, which found that the company and its affiliated schools submitted inflated student enrollment figures (or, as we say in the regular world, lied) in order to collect more money from the state. The investigation also found that the parent company leaned on the schools and pushed them to get themselves in deep debt. And then there was the matter of advertising:


"K12 and its schools misled parents and the State of California by claiming taxpayer dollars for questionable student attendance, misstating student success and parent satisfaction and loading nonprofit charities with debt," [Attorney General Kamala] Harris said in a statement. "This settlement ensures K12 and its schools are held accountable and make much-needed improvements."

For its part, K12 continues its history of stonewalling and denying all misbehavior. K12 CEO Stuart Udell said that K12 didn't misbehave, was totally already going to take some of the corrective actions required by the state, and furthermore, the AG was "overstating" the cost of the settlement. Udell is a longtime player in the charter biz-- he holds business degrees from Bucknell and Columbia and has run Kaplan K12, Renaissance Learning, and Catapult Learning before taking the head spot at K12. In other words, no experience in education, but lots of experience in making money from education.

Those sixty corrective actions include doing away with giving recruiters incentive pay for each student enrolled and making sure that its advertisements aren't filled with lies.

And in keeping with recent trends in the charter industry, the California Charter School Association spoke up-- on the side of the state. CCSA spokeswoman Emily Bertelli called the settlement "a good start."

None of these sorts of shenanigans are new for K12. Back in 2012, Florida (a state not exactly known for its aggressive regulation of charters) was investigating K12 for using uncertified teachers and for grossly inflating its student numbers (in one case, a K12 manager told a teacher to sign off on a list of 100 students-- the teacher only recognized seven names on the list).

In Pennsylvania, Agora cyber charters were, like CAVA, cyber-schools that hired K12 to provide programs and management, and K12 almost lost them their charter all the way back in 2009 by mismanaging tax dollars. By 2014 the parent company had become so toxic in PA that Agora took the unusual step of threatening to cut ties to K12. It tells you something about the nature of the charter biz that the news of Agora's proposed defection was widely covered in the investment world. Never mind the educational implications-- what will this do to the stock price?

When North Carolina was looking at allowing K12 into the state, a dozen CAVA teachers wrote to list the various misbehaviors, including failure to provide services for students with special needs.

In recent years, K12 has lost its management contract with Colorado Virtual Academy and was shut down for low performance in Tennessee. And remember back in 2014 when the NCAA said it would no longer accept coursework from the K12 cyber charters?

K12 has been around so long that it's easy to slip into thinking that any such long-lived operation must be basically legit, but year after year, the evidence rolls in that K12 is a scam, a business devoted not to educating anybody, but to using an education-flavored product as a means of hoovering up as many public education tax dollars as they can get their grubby hands on-- without much regard for what means they use to get it. The California legislature is reportedly considering some law changes to tighten the reins, but at this stage of the game, why is anybody allowing cyber charters at all? They have repeatedly failed to produce real educational results, and while there are a handful of students out there who can benefit from cybers, allowing for-profit chains into the field has simply made it ripe for lying, cheating, and general scamming of taxpayers.