Reformster Calls for Attack on Unions

You may not have heard of Peter Cook, but reformsters like him are a dime a dozen these days. Well, not a dime. They're considerably more expensive than that.

Cook likes to bill himself as a former teacher. Can you guess what his teaching experience is? Yes, in 2002, right after he graduated from Washington and Lee University with a BA in European History, he put in two years with Teach for America. A few years later he put in a year teaching math at a KIPP charter. The rest of his career has ben as a consultanty expert with groups like The New Teacher Project. Most recently he has worked as the "Engagement Manager" with Mass Insight Education, and he's been particularly active in New Orleans where he serves on the DFER Lousianna board. So yes-- he's an other one of the instant experts in education working hard to get those public tax dollars into private pockets.

Cook, like most of the DFER (Democrats Faux Education Reform) crowd, is concerned about Hillary Clinton's possible apostasy. First, some of Bernie Sander's delegates to the platform committee managed to add some language that dramatically broadened the definition of a bad charter school-- broad enough that the definition is now "most of them." Then, while addressing the gathering of the AFT, Clinton spoke as if maybe she had actually read the final platform and was going along with it. 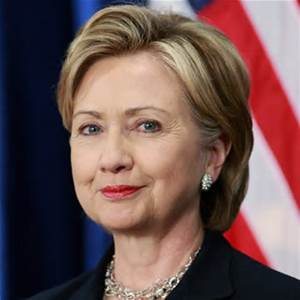 DFER and like-minded folks went into panic mode. And Cook is now here to say that they are right to do so. Like many, he has been saying all along that Clinton could be trusted to make some placatory noises, but under it all she would remain loyal to the True Charter Faith. Now he believes he was wrong about her.

First she said that charters don't take hard-to-teach children. Next she said that poor students are hurt the most by testing. She even promised teachers a seat at the table.

Cook's hand-wringing is a study in how different things look from different vantage points. The hard-to-teach kids thing? Not really news. (See also, Success Academy's Got To Go list.) The link between poverty and test results is so well-documented that I didn't think anyone denied it any more. And Clinton's offer of a seat at the table has prompted widespread teacher observations on the order of, "It's our damn table, thanks."

But Cook is also one of those reformsters who believes all opposition to charter schools and other reforms can be traced to just one source:

I’m not as worried about Clinton’s education policy statements as I am about the weakened position of reformers vis-à-vis the teachers unions, both within the Democratic Party and Clinton’s inner circle.

I've heard many times the tale of how poor benighted billionaires like Eli Broad need to create their networks of political operatives and high-priced websites because they are so outgunned by anti-reform forces, by which they usually mean the unions. Cook goes far in his explanation of how this union conspiracy is laid (and is busy stealing the Democratic Party from refomsters). It is a fascinating view of the world in the sense that it's just so different from the reality readily visible to the rest of us.

He ties NEA and AFT to Harold Ickes and David Brock. Then he goes on to show connections between the unions and the Center for American Progress-- which is something that any pro-public ed advocates hold up as a criticism of the unions, because I don't think Cook has ever had a reform thought in his short life that CAP wouldn't agree with.

But Cook is not really arguing about the value of policy or the educational merits of reformster vs. union ideas. He's arguing the tactics of money and power.

Cook has chart upon chart showing where NEA and AFT spread money around. And he ultimately argues that while Clinton is still a good choice, reformsters need to get back on the offensive:

But we shouldn’t hang our hat on the idea that Clinton will eventually come around to our side once in the White House. Reformers need to move aggressively to fight for the gains we’ve made in states across the country, which the teachers unions are already furiously trying to undo. We need to build a solid bloc of reform supporters within the apparatus of the Democratic Party. And, we need to reclaim the conversation about public education from the teachers unions. In short, we need to get out of the defensive posture we’ve assumed in recent years and once again go on the offensive.

Here are several things that Peter Cook does not seem to know.

Go back and read Whitney Tilson's explanation of how they decided to put the D in DFER is an attempt to burrow into the Democratic Party and make them more tractable-- like the GOP. There's no Democratic principles at play here, and indeed, Cook never pretends that there are. DFER is simply an attempt to grab power within the party.

The unions have been terrible reform opponents.

For those of us on the public school side of the education debates, the notion that all opposition to reform comes from the unions is kind of hilarious. The unions embraced Common Core and still can't be induced to officially criticize it. The unions had to be dragged kicking and screaming by members into even the mildest criticism of Reformster Hero Arne Duncan. The unions have been weak in opposition to charters.

I will give reformsters some advice for free. Guys, if you think your main opponents are the unions, that could help explain why you have been losing ground. It's like either side in WWII saying, "What we really need to do is attack Switzerland."

About that defensive posture...


Reformsters are in a defensive posture because their policies suck.

The opt out movement did not develop because the unions created it. It jumped up and spread because parents could see that the Big Standardized Tests were time-consuming soul-killing crap. Charter support has gotten soft because so many charters have embarrassed the movement by failing to accomplish any of their over-promised high-toned goals. Common Core only grew more obviously loathsome with familiarity. TFA's noble intentions have been worn down by sloppy arrogance. And even some reformsters have come to understand that a wholesale rejection of public schools and the teachers in them (as reformsters routinely did in the early offensive days) is neither useful nor reasonable nor likely to generate grass roots support.

After a decade of this stuff, what would have most helped reformsters stay out of defensive posture would be an exemplary win. Because...

It's not all politics

But at some point, you have to produce. Reformsters have not produced any notable educational successes at all, and that's a major obstacle to the success of their movement. Their major opposition is not another set of politicians using money and power to jockey for position-- their major opposition is all the people who have noticed that reformster policy ideas are lousy ideas.

Cook can take some comfort in knowing that despite this apparent setback, the modern Democratic Party remains a group far more interested in the rich and powerful than in the concerns of ordinary working class Americans. The biggest irony in Cook's piece is that there is one thing that unites folks on both sides of the education debates. Mr. Cook, you may not trust Clinton very much at this point, but guess what? Neither do I.
Posted by Peter Greene at Wednesday, July 20, 2016