How Is My Test PR Doing?

The test manufacturing industry continues to search for new and creative ways to push back against the opt out movement. Some of this propaganda is pretty pedestrian, but occasionally they come up with stuff that's very extra special. Meet the website "How is my kid doing?"

This PR initiative is being led by the Council for a Strong America, a DC-based umbrella organization composed of  "Law enforcement leaders, retired admirals and generals, business executives, pastors and other faith leaders, and athletes, coaches and sports administrators united in our mission to build a stronger nation by preparing all young people to be productive citizens." The umbrella covers five different organizations which correspond to the five groups listed above and which boast "unexpected messengers" who are "extraordinarily effective at reaching policy-makers to help win major victories for kids." The council gets its money from just 14 contributors, including two in the Over A Million club. That includes grants from Gates-- and it's the Gates Foundation alone that is thanked for funding "in part" the How Is My Kid Doing PR drive. The HIMKD list of partners includes High Achievement New York, CCSSO (co-holders of the CCSS copyright), and the National PTA.

How Is My Kid Doing is designed to be warm and fuzzy. The staff introduces itself by first names only, accompanied by friendly childhood pictures. The font is soft and rounded. The subheading for one tab is "It starts with love."

The project is focused on story-telling. Sandra Bishop is the head of research for CSA, but her most recent contribution is a story about how in tenth grade she was moved to a higher-level English class because someone noticed her PSAT results. "Somehow, when I’d moved from junior high to high school, I’d been placed in lower level classes. I had no idea that was the case, nor did my parents, until I took a test."

As one might expect, this is the ongoing theme of the site-- parents, teachers and schools that are somehow clueless until they are enlightened by standardized test results. The other recurring theme is a constant blurring of the lines between the different kinds of tests we're talking about. Bishop cites a study that showed that opening up Washington's third grade gifted screening test to all students resulted in the identification of more gifted students. Which is a good thing, but has nothing to do with, say, taking the PARCC.

Project chief Carla tells a story about her son taking a bath, and announcing that he wants to be a scientist, and her overwhelming realization that to be a scientist they will have to take standardized tests all along the way to make sure he is on the right path.

And I realized that THIS represented why I’m so committed to this project. Because my little boy has a dream. And kids have dreams, and they start out strong and confident. And we as parents will give our last breath to protect them, to nurture them… and all we want, literally, is what’s best for them. To see them happy and safe and healthy. To see them pursue and achieve that dream. When our kids are young, to teach them that we value that dream, even if it changes every week. As they get older, to help shape that dream into reality.

And for each step,he had to know how he was doing. If he didn’t know, how was he to get there? How was I to help him and guide him?

There are so many things wrong here.

First, he said his dream was scientist, so he's need to know math, which happens to be on the Big Standardized Test. What if he had said musician? Or welder? Or museum curator? Or website designer? Would the BS Test still be helpful.

The program creators' devotion to their tiny humans is not in question, but their parental sense is. Here is one of the great quotes from the site:

The love and the anxiety we have over these little beings. It makes you put blinders on, you know? I mean, people could say to me, if you wear a green hat on Mondays, Wednesdays, and Fridays, your kid will be spared from X, Y, and Z. I'd be like, OK, put on the green hat, as silly as it makes me look, I'll do it!

Would you? Because as the father of a couple of formerly tiny humans, I would make damn sure that the people who were advocating green hats knew what the hell they were talking about and that there was some rational reason to believe that green hats actually prevented X, Y and Z. I would be particularly cautious of arguments claiming that since a motorcycle prevents head trauma in accidents, obviously a green wool hat prevents cholera and halitosis. And I would be particularly suspicious if the people telling me about the wonders of green hats all made their living in the green hat industry.

Look, following the LinkedIN tail on these folks, I didn't find Teach for America and a lifetime career of astro-turfing as we often do. But there are four huge problems with their arguments.

First, they have succumbed to a fallacy as old as the production of tiny humans-- that if we get the tiny human to do A, B, and C, the tiny human will eventually turn out exactly as we wish. This is appealing, but as every parent of fully grown tiny humans can tell you, it just doesn't work that way. Giving an eight-year-old a test and saying with authority, "Based on this test we can tell exactly what track this child is on," is absolute unvarnished baloney. Believe me-- I know that as the parent of a tiny human, you want to be certain that your child will turn out exactly okay and achieve all of their dreams. You can't know that, because 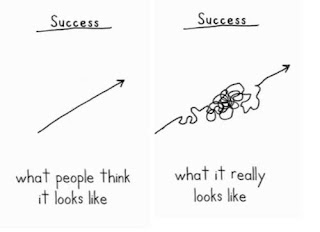 The second giant fallacy is that there is One True Path to success and happiness. There isn't. You can't put your child on that path because it doesn't exist, and if you insist on believing that it does exist, you will suffer a lifetime of unnecessary frustration about missing it as well as missing some awesome possibilities that you can't see because they aren't where you think the path is "supposed to" be.

The third problem with HIMKD is their worst one-- they show no awareness at all of the idea that there are different tests for different purposes. The folks at the site seem to believe that a test is a test is a test and the placement testing that a school does to assess a newly-adopted daughter is the same as a test at the end of the course is the same as a BS Test used to badly and inaccurately assess the caliber of the school.

The site is filled with Odes To Testing Joy, and yet somehow, none of the tests that are presented are the Big Standardized Tests. At times the site seems to be bizarrely, earnestly throwing its weight behind every test a teacher ever gives. Hooray for the weekly vocab quiz! If it's useful, all tests must be great.

But all tests are not created equal. They are not equally useful, equally valid, equally reliable, and equally well-written. This site argues that since I know a really nice girl over in my home town, you should marry that girl next door to you in another state.

Finally, the site relies on the classic reformster rhetorical trick-- the Skipping of the Proof. There's a really big problem, so you must accept my solution, but instead of offering proof that my solution solves the problem, I'll just keep hammering home the problem. Usually reformsters are more hectory ("Estonia is whipping our butts, so Common Core and testing!"). HIMKD is more warm and fuzzy. "I really love my child and want her to have a great life, so testing."

Reading through the site was a little surreal, because I could have written some of the stuff about overwhelming love for your personal tiny humans and hoping that they will have happy and fulfilling lives, and yet when I follow that thread, it does not at all lead me to conclude that the PARCC or SBA or any of the rest of their reformy spawn are a good idea. Like most parents of grown children, I am so not sitting here thinking, "Boy, if only my kids could have taken the PARCC when they were little. Their lives would be so better and different now."

HIMKD's idea of an argument is the green hat. If someone tells you something will help your child, you do it unthinkingly and blindly because that's what loving parenting is all about, and how could you possibly know how your child is doing otherwise. I'm certainly not saying do nothing-- but use a little thought about which snake oil you buy. The site is filled with perfectly fine observations like this one:

Young Americans, no matter where they live, deserve the best preparation possible for their future success in college and the workforce.

Nowhere on the site is there a lick of evidence that taking the Big Standardized Test has anything to do with getting children that preparation. There's nothing here to convincingly argue against opting out. My kid may be fine, but my testing PR push is continuing to waste a truckload of money.