It's been over a year since Florida passed and signed the Marjory Stoneman Douglas High School Public Safety Act. That act included a massive data grab that was intended to serve as a feeder for some secret algorithmic future crime unit, through, of course, the Florida School Safety Portal-- because the state wants to capture and record your every move only in your best interests. 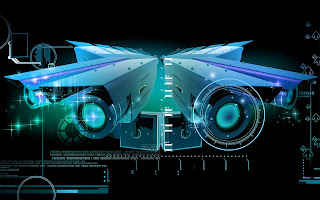 Researchers from the Aspen Institute took a look at the situation, and were not impressed.

For one thing, there isn't a lick of evidence that such a thing works. Which-- I mean, how could there be? "We've arrested twelve people for future crime and they never committed a crime, so it must be working"??! The researchers were unimpressed across the board.

"No evidence-based research has demonstrated that a data-driven surveillance system such as the FSSP will be effective in preventing school violence. In addition, no information is publicly available about how the database was designed, developed, or tested,” according to preliminary findings by researchers.

The breadth of "data" mandated for collection is mind-boggling. In addition to every single record that the school keeps and everything from social and legal programs run by the state, the program is also creeping students' social media accounts and "thousands of hours of video footage." All on the theory that if we collect All The Data, we can pick out the next shooter before he shoots. Except that there's no evidence that such data-based predicting can work.

Not that it would matter if anyone knew a way that actually worked, because whatever Florida is using is super-double-top-secret. For all we know, they've got a blind guy on a rotating bar stool throwing darts at student names pasted on the wall. "It's an algorithm," is all anyone knows, and that's only slightly more scientific sounding than "It's computer magic!"

Meanwhile, folks are still concerned that this will disproportionately hit students of color and students with disabilities, who tend to have more data in the system. And that's before we even get to issues like data security, because all of this giant mountain of data is stored in one place. Chances that it will be hacked at some point are certainly greater than zero. Chances that the state will at some point realize that they are sitting on a big data goldmine and decide to cash in (only with certain approved partners, of course)-- also greater than zero.

You have to give it to Florida for creativity, though-- here's a way to sacrifice the lives and privacy of all the children in the state just to avoid any discussion of sensible gun control. Florida's legislature looked at the horrific murders at Marjory Stoneman Douglas High School and decided that not only would they try to offer students more protection, but they would strip Florida students of any semblance of privacy in order to stuff a data gold mine built out of unicorn farts and yeti dreams.