First came the LA Times op-ed co-authored by Randi Weingarten (AFT) and Jonah Edelman (Stand for Children). This in itself is another troubling move by Weingarten (add it to the list) because astroturfist Edelman is no angel when it comes to support of public schools. The op-ed tweaked a lot of antennae because buried in the condemnation of vouchers was a ringing endorsement of charters. 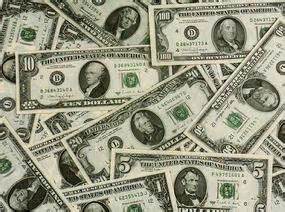 Almost instantly, a response came back from the American Federation for Children, a group founded and financed by Betsy DeVos. Kevin Chavous, the legal mouthpiece for the group broke out the high dudgeon.

But I want to skip past all of that for the moment and focus on one statement from the AFC response:

It is school choice–directly empowering parents to choose the best educational environment for their child–that is the most democratic of ideas.

Nope. Nope nope nopity nope. There are arguments to be made for parent choice, but "it's the essence of democracy" is not one of them.

Democracy, even the sort-of-democracy practiced by the USA, is not about saying, "I want to make this personal choice, and I want everyone else to pay for it."

Democracy is not saying you want a six-lane highway to run back the lane where only your house sits, so you get the rest of the taxpayers in your state to pay for it.

Democracy is not saying that since I want to have a police force that patrols my own house 24/7, I should have that police coverage and all local taxpayers should foot the bill.

Democracy is not "My fellow taxpayers have to pay for whatever I decide on my own that I want."

Choice fans often like to talk about the money following the child because "that money doesn't belong to the school system." And they have a point-- it is not the school's money. It is also not the family's money. It is the taxpayers' money, and the taxpayers have given it to support a system that will educate all students in the community through an institution managed by elected representatives of those taxpayers (when was the last time you saw a school board requirement that only parents can be elected).

Democracy is about coming together as a group to discuss, debate, (hopefully) compromise, and elect folks who will decide how best to manage our resources. Our version of democracy has some built-in protections so that the minority can be protected from a the majority.

But the "most democratic of ideas" is not that each individual gets to live in the Land of Do As You Please at public expense. Vouchers may be many things, but they are not remotely democratic.
Posted by Peter Greene at Thursday, June 01, 2017
Email ThisBlogThis!Share to TwitterShare to FacebookShare to Pinterest