Raising tiny humans is nuts. It is nuclear space brain science jumping-over-the-Grand-Canyon-on-a-tricycle nuts. And yet I am hopeful. 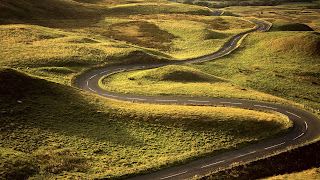 I come at that hopefulness from a not-entirely-usual perspective. I am, aa of yesterday, the father of two new twin boys, and my wife and I are contemplating the tremendous challenge we have been set. These tiny humans are fraught with all sorts of possibility and promise and potential and somehow we area supposed to unlock all of that without making a hash of things.  It's scary.

I'm not whether I have it better or worse than my wife. These are her first kids, but I have been the clown at this rodeo before. My children from my previous marriage are now thirty-something, married, and working on (or about to work on) the parenting thing themselves. I can remember when they were as tiny as the twins are today,  But I can also remember the things that I regret, the moments that were serious missteps as a father, the ways large and small that I have failed them over the years. The good news-- despite my shortcomings, they have grown up to become two of the best people I know. How did that happen, exactly? I have no idea.

So I am in the unique position of having a good view of the rough drafts of two future grown humans, and the final product of two others. And I could not claim to have any more than the slightest idea of the exact road from Point A to Point R.

All parents contemplate the long and twisty road. Is there anything more hilarious to a parent than listening some not-yet-a-parent talk about what their child absolutely will or will not do when that child is in the world. It's hilarious because every parent knows that there is no simple cause and effect-- if you want a child to develop Quality A, you simply pull Lever 4. Raising a child involve a million hard-to-read details and factors and moments of unexpected surprise and grace Sitting here in the hospital room, we have no way of knowing what the twins will be like in ten years; heck, we aren't sure how we're going to spend next Wednesday.

These are the kinds of things I think about every time I hear an educational whiz wonk declare that to get kids with Quality A, you just press Buttons 3, 5, and 11. Fat  chance. I would love to raise these two boys to be as great as their older brother and sister, but I can't do what I did before, and I wouldn't want to if I could.

So when you tell me that if I just implement your program and keep performing it year after year, I will keep producing row after row of students with the same skills and the same qualities, I'm going to laugh at you, because what you are proposing is patently ridiculous. What you're proposing is silly and wrong. It's a long road, with many turns and corners, and we never travel the same stretch of it twice. Imaging we can standardize our travel plans reveals a limited understanding of education, and of human beings.
Posted by Peter Greene at Wednesday, June 07, 2017
Email ThisBlogThis!Share to TwitterShare to FacebookShare to Pinterest