What Choice Won't Do 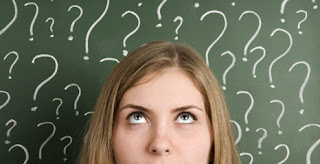 These are disagreements about policy and systems that can be debated and argued (when people on both sides of the discussion are speaking in good faith). But what I find frustrating in the choice debates is the pro-choice arguments that simply aren't so.

There are some things that school choice simply won't do.

Choice Will Not Save Money

Multiple duplicate school systems must cost more than one single system. When businesses want to save money, they consolidate operations. They don't open more branches and raise their costs.

School Choice Will Not Unleash Competition That Will Spur Excellence

This will not (and has not) happen. For one thing, it's a zero-sum system in which losing means having less of what's needed to compete. It's a race in which the laggards must take off their shoes and give them to the leaders. But the very nature of the competition is problematic anyway.

Sure, product quality can be useful as a marketing tool. But it is often expensive, and more companies than we can count have decided they would rather save some money on production and get the product sold with marketing. And in a world jam packed with shiny spinny marketing, even quality is not enough to break through. On the other hand, a huge number of mediocre products that have ridden to success on the back of fancy, expensive marketing.

School choice will unleash marketing, schools promising any number of things they can't deliver. Worse, the drive to market affects the product. If, for instance, we push out all the students who aren't high-achieving, we'll be able to promote ourselves as a school where 100% of the seniors go to college (because everyone who isn't likely to go to college doesn't get to be a senior).

Schools in a free market choice system will not be asking, "How can we become better schools?" They will be asking "How can we convince more students to enroll here?" There will be many answers to that question, from flashier marketing to celebrity spokesperson to-- well, every sort of marketing approach used to sell breakfast cereal or beer. And as long as school attendance is mandatory, there will also be a market for people who choose schools for entirely non-educational reasons. We've already seen this, from basketball academies that minimize academics so students can shoot hoops all day, to the segregation academies where families can keep their children away from black kids.

Choice Will Not Put The Power in Parents' Hands

Choice advocates talk about how choice gives all the power to parents. It does not.

Parents, like any other customers in a free market system, will get exactly the choices that businesses choose to give them. Businesses get to choose the location at which they open. Businesses get to chose their pricing structure. In the case of education-flavored businesses, they get to choose what the requirements of admission are. And charter school businesses routinely set limits on when a student may enroll-- only at particular grade levels and almost never during the school year.

So to start, the only choices available will be the ones that businesses choose for the parents of a community. And choice schools will be highly motivated to choose which students they prefer to take on (see also above marketing section). The schools get to choose-- not the parents. This will work great if your child is a highly desirable recruit, not so much if your child belongs to the other 98%.

But then, there's also the question of how parents will exercise whatever limited choices are available, because the information available to them for making such choices is going to be limited, if not just plain packed with a bunch of noise. Marketing-- choosing a school will be like trying to choose a new car based strictly on car advertisements. It will be in the interests of many choice schools-- particularly the not-so-great ones-- to flood the decision space with inaccurate, misleading, and (depending on their ethics) false information.

Finally, once in a selected choice school, parents may well have no avenue for talking to school management. No monthly board meeting to attend, no local elected board members to call, no central office that has to respond to customer complaints. And schools don't need to keep customers happy, because those customers will be moving on shortly anyway. Who cares if these parents are unhappy-- we were already busy recruiting their replacements anyway?

For high-powered high-information high-clout parents with high-achieving students in wealthy markets, there will be some power in choice. For everyone else, there will not. Not unlike choosing a college-- you can "pick" Harvard, but Harvard will have the final say. There will be big winners, but most customers will be powerless before, during and after the choosing.

There Are Other Goals

There are plenty of bad ideas wrapped up in the school choice movement. There are things we shouldn't want to do, but these are things that choice will not do. There may be reasons to have a serious, honest conversation about choice, but these arguments for choice do not belong in that conversation.
Posted by Peter Greene at Friday, June 23, 2017
Email ThisBlogThis!Share to TwitterShare to FacebookShare to Pinterest