US Department of Climate Education

Trump has taken the odd step of withdrawing from a voluntary agreement; the Paris Accord is non-binding and nations can set their own goals, and Trump's statement had almost nothing to say about the actual climate change concern of the accord, so other than declaring the international equivalent of, "You can't tell me what to do! You're not my real mom!" I'm not sure exactly what Trump was hoping for. 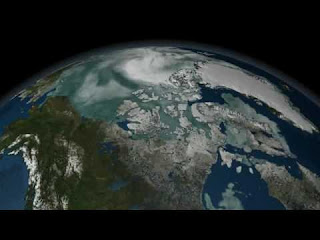 That made it all the more odd when a strong vote of support came from.... the Department of Education.

"The announcement made today by the President is one more example of his commitment to rolling back the unrealistic and overreaching regulatory actions by the previous Administration," said Secretary DeVos. "President Trump is making good on his promise to put America and American workers first."

So, withdrawing is good because it sticks it to Obama, and also because it's selfish. And it's about American workers and not at all about corporate chieftains. Kind of like ed reform is all bout the children.

But why, exactly, is the Secretary of Education issuing a statement about the Paris Accord? Will the Department of Education be issuing directives on how climate science should be taught? And will that mean a reversal of DeVos's stated preference for government inaction?

One of the financial backers of the Heartland Institute? That would be the Dick and Betsy DeVos Foundation, a foundation with the kind of deep, deep pockets you get when an heir to a fortune marries an heiress to another fortune.

So maybe DeVos was just trying to be a good cheerleader for Beloved Leader. Or maybe she sees her government job as primarily about the power to further push her personal policy ideas, educational or otherwise. Or (my most cynical possibility) we have arrived at the point where the content of every issue is meaningless nothing, and each issue exists only as a means of gaining or losing political advantage. So it doesn't matter what your job is or what the issue is-- just get in their and leverage it for your own tribe.

Whatever the case, it would be great if the Department of Education could go ahead and focus on educational issues. Let's do that, please.
Posted by Peter Greene at Friday, June 02, 2017