Last night, my district's school board voted to raise taxes.

They did it at a public meeting. I could have attended it easily (they meet just across the street from my home) as could any member of the public. I could also have commented on the budget situation, and I could have based my comments on having looked at the proposed budget, a document that has been available for at least a month. And if I attend all meetings regularly, I know the whole process that has gone into the board decisions, because it's illegal for board members to get together and do board work outside of meetings, and it's illegal for them to hold a meeting without giving public notice (PA law allows them to hold private sidebars on personnel matters).

That's transparency in the function of a public school district. 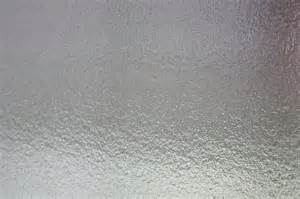 Meanwhile, in another part of Pennsylvania, one more charter is demonstrating how the opposite of transparency works.

Down Catasauqua way, Innovative Arts charter school has been a source for some concerns. Two teachers from the charter went before the Catasauqua public school board with their concerns.

Special education teacher Ann Tarafas and Spanish teacher Elizabeth Fox, herself hired as a paraprofessional and lacking an emergency permit to teach a foreign language, rehashed their non-compliance stories now accompanied with a total lack of inclusion...

Referring to inadequate special education department staffing (down from five to three), [Special Ed teacher Ann] Tarafas declared, "We're not in compliance with state standards nor are we holding up to the contracts we signed with parents of special ed students on behalf of the school. There is a blatant disregard for what those kids need and that's been exhausting," she remarked.

According to Tarafas, seven of the last eight Innovative hires were not certified teachers. Hearing the full litany of issues, the board president commented, "I don't know what to say I'm speechless."

The Innovative Arts charter was approved by the Catasauqua public school board just last February, and by April of this year, they were already restructuring in response to a drop in enrollment from 283 to 250 (after originally saying 300 students were needed to open). Their new principal is a veteran of NJ KIPP.

Innovative has adopted a budget, too. Only, they did it at an unadvertised meeting that did not allow public comment, and the budget is still not available for viewing. This is three or four shades of illegal, so it's not surprising that the Catasauqua board wants some answers from the Innovative Arts people.

The board called a special meeting for tonight to look into these questions-- and Innovative Arts has indicated they will not attend. "Acting on advice of counsel," IA leaders will not attend the meeting to discuss or explain their situation. And while you may think that it's foolhardy not to give a report to the board that is responsible for authorizing them, but as is the case in many states, Pennsylvania requires something just short of a mountain of paperwork and video proof of intense puppy abuse to rescind a charter.

The specific concerns of IA's lawyer, Daniel Fennick, is that the meeting might involve asking Innovative Arts leaders questions "that should not be addressed in public." For instance, those two whistleblowing teachers? They learned their contracts aren't going to be renewed just a few days after they spoke to the public board. So, yeah, that could be an awkward question. Or "Do you really think that members of a public school board don't know what business can be discussed in public?"-- that might be an awkward question. IA's fall-back excuse is that they've already answered all the questions (though their budget is still unreleased).

So, one more example of how charter schools cut the public out and do their best to avoid accountability. This is not how public education is supposed to work.