Eva Moscowitz has some kind of magical power. Maybe it's money or pheremones or some sort of magical aura, but her record in getting New York leaders to roll over and play fetch for her is impressive. 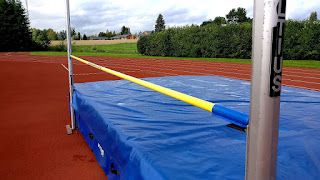 At the beginning of the month, NY court declared that her Success Academy is not accountable to the taxpayers when it comes to her Pre-K program; the city can not hold her to any sort of performance requirement. That flies directly in the face of the old ideal that a charter works by promising the taxpayer certain results and then is held to those results. Not for Moscowitz-- she remains free to do as she pleases.

Lawmakers in Albany handed her another win. Buried amidst new legislation dealing with mayoral control of schools, there is reportedly this nugget:

The SUNY Charter Institute, the regulations read, “acknowledges that many schools and education corporations it oversees that have demonstrated strong student performance have had difficulty hiring teachers certified in accordance with the requirements of the regulations of the commissioner of education.” SUNY is now planning to create “an alternative teacher certification pathway to charter schools.”

So New York joins the roster of states where anyone with a pulse and a degree can be certified a teacher.

There are many reasons to be annoyed by this. It degrades the teaching profession, codifying that it is a job that literally anybody could do. It thumbs its nose at all the teachers who went to the trouble and expense to get real certification. And it underlines how charter backers often support ideas for charters that they would never accept in the schools attended by their own children.

But I'm also wondering-- what about the competition?

Charters, particularly in markets like NYC, were supposed to spark competition, as each school worked hard to become the very best, to chart new courses to the Land of Excellence. But isn't that supposed to work like a high jump competition? You know-- we keep setting the bar higher and higher and the jumpers improve their skills-- literally up their game-- to meet the new requirements.

This is the opposite. This is "We can't clear the bar at that height, so we'd like the legislature to lower the bar for us." This is "We'll settle for what the leaders of the best schools and the parents who send children to them would never settle for. We will deliberately not live up to that standard."

Competition is allegedly supposed to weed out those who can't cut it. If you can't manage to adequately staff your school, you aren't cutting it.
Posted by Peter Greene at Thursday, June 22, 2017