Robyn Schulman is a Forbes contributor covering "the intersection of education and entrepreneurship." She the senior editor of thought-leadership for 51talk, "a leading education startup in China." So she's not necessarily the kind of person I'd be inclined to pay attention to. But her new Forbes piece is a worthwhile read. 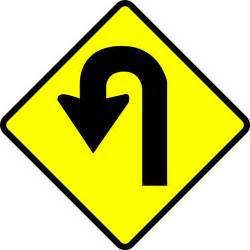 The Top 5 Reasons EdTech Startups Fail And How To Avoid Them lists five problems that most classroom teachers will recognize. Only they aren't confined to ed tech start-ups. Or even ed tech, which is just one brand of ed reform-- and ed reform shares many of these fatal flaws.

1) Lack of understanding the education ecosystem.

Just because you went to school back in the day does not mean you know how schools and education  work today. This leads ed tech folks to develop programs that don't actually fit the needs of people in the field. In the ed reform biz, this leads to repeated calls to reform practices that stopped being the norm decades ago. Teachers have not been told to make their students do rote memorization for years, and most of us are entirely familiar with computers.

If you don't know what our challenges and problems are, there's no way you can help us deal; with them.

Indeed. You would think that people who want to influence the world of education would talk to the people who devote their entire professional lives to the classroom. But no-- some folk remain convinced that not only do they not need to talk to teachers, but they should actively avoid it. Many an edtech promoter has taken the position that their program would work great if not for those damn teachers. The ed reform movement has mellowed a bit since the days when teachers were painted as the source of everything wrong with education-- but they still mostly don't trust us and virtually never listen to us. That manifests in a real lack of transparency-- if we don't let teachers see what we're doing, they can't tell us mean, hard truths about our ideas.

That means that people with bright ideas repeatedly trip over obstacles that we could easily have warned them about, had they just asked. Test-based accountability leads to a narrowing of the curriculum??!! What a surprise!

3) Approaching educators and administrators in an arrogant tone

Yeah, all week, every day. Time has actually softened this one a bit, as some of us on either side have found ways to talk to each other. But mostly edtech folks come to pitch their ware like we teachers are idiots who don't know anything about our jobs, and ed reformers have far too often takenm exactly the same tone.

They get to thinking they don't need our help or even willing cooperation. That turns out to be wrong every time.

What she means is that edtech entrepreneurs make the mistake of cold calling and emailing teachers instead of building relationships. This has always been a critical shortcoming of the ed reform movement; they have never taken an interest in building relationships with the education world, but have focused on slamming home their agenda through brute force and political power.

Then they are shocked and surprised (and deeply offended by tone) when the people they've tried to roll over stand up and fight back.

5)  Lack of understanding the bottom line

Edtech folks, Shulman suggests, get focused on their own kind of bottom line and forget that teachers and educators have a different bottom line--  "The bottom line for teachers, parents and schools: the product must benefit students, promote growth, and be safe."

Ed reformers have learned to adopt this kind of language, but their bottom line remains different from that of those who devote our lives to public education. We have some disagreements in the ed debates because we disagree about methods, but in many cases we have different goals. Ed reformers have a different bottom line, and that creates its own set of priorities. Whether those can co-exist peacefully with the bottom line of public education is one of the great unanswered questions (and frankly, I believe in many cases the answer is "no"). But this difference in bottom line is what underlies all the problems already listed.

These aren't the only five mistakes made by edtech entrepreneurs and ed reformers, but they make a pretty good list.
Posted by Peter Greene at Wednesday, June 14, 2017