Two weeks, 5800 miles, and about 16 states (it's a stretch to count Colorado). Plus several days with my daughter, son-in-law, and grandson. I don't usually do photo essays here, but I want to show you just some of what I saw. 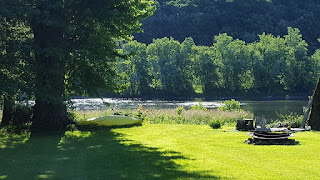 This is home. This is what we're used to seeing. 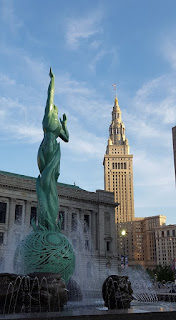 Here's downtown Cleveland, where a railroad era central building makes a backdrop for a modern monument. Off to our right is the hall where the GOP gathered for their convention. 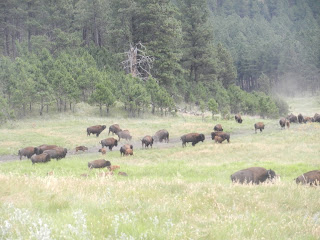 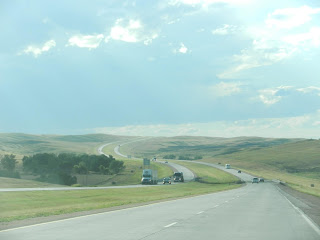 Prairies and plains that stretched out into infinity, some far flatter than this, some dried out and brown with nothing on them but occasional grazing cattle, others lush and full of growing crops. 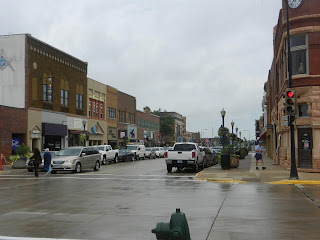 Many small but lively towns. This one is the town that houses the Spam Museum, but we also saw places like Laramie, WY, which you may think of as a frontier town but is growing rapidly, with sections of town that look shiny and new, like the wrapper just came off last week. 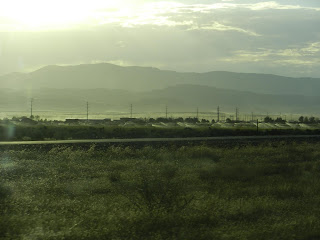 Miles of farmland in the shadow of miles of mountains. Montana and Wyoming have fewer people in the state than live in most major American cities, and we drove for miles without seeing a human being. Just fields spotted with cows and the occasionally lonely structure. 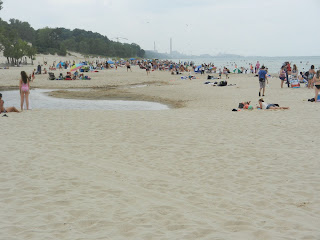 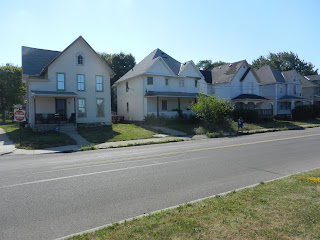 In Indiana, there are miles of sand dunes and beaches, well within sight of what's left of the industrial footprint of Gary.

In Ohio, we visited my old neighborhood. That's the house where I had my first teacher apartment on the left. Now the other homes on the street are boarded up. To take this picture, I stood where the front steps of my first school once were. Now it's a vacant lot. 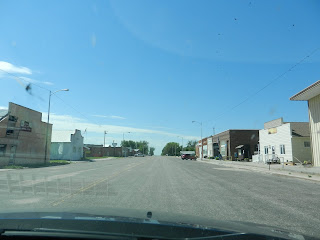 We visited the town of Venango, Nebraska, a tiny town where the population is now under 150 people. On what's left of the main street, many buildings are now empty. The town is almost 150 years old; it no longer has a school, a grocery store, or a gas station. 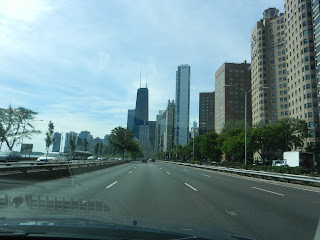 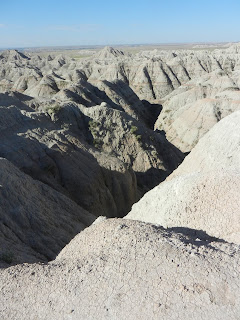 The badlands of South Dakota. Like the Grand Canyon, a reminder that we humans are just a blip on the planet's surface. 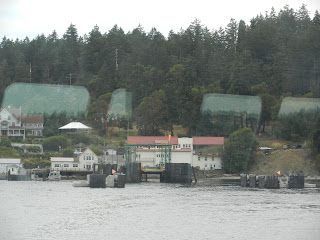 An island in the Northwest, where residents must commute by plane, boat or ferry, but which still has a hefty-sized mountain and massive forests. 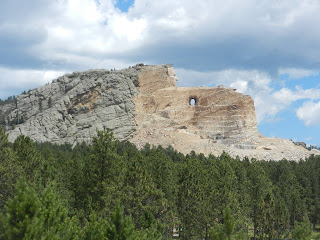 This unfinished masterpiece, a reminder that ours is not the first nation to stand on this land. 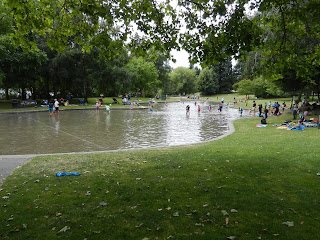 A public park with a pool for children to play and wade in the water. It's a small corner of a big city, but to see the many families gather and enjoy it reminds me how easy it can be to make families' lives just a little bit richer. 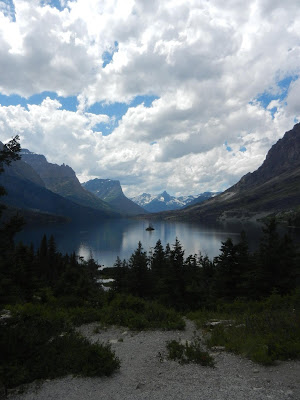 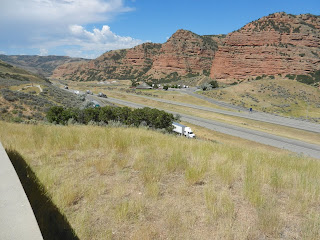 Glacier National Park once again reminds us how small we are in the scale of things, as well as providing evidence of the days, eons ago, when giants big enough to carve away chunks of mountain moved across the earth.

Then in Utah, echo canyon, where the earth has been worn away by other forces, creating the canyon where men once fortified themselves to make a stand against the US Army.


What possesses anyone to think, "Yes, I can come up with a Standardized Thing that will work in every single corner of this country!" Why would anyone think that a school could provide every single student in the country with the same experience when all other aspects of their lives, their environment, their life experiences are completely different?

Consider the roads. Yes, they run from one side of the country to the other, and yes, they are made to some basic standards. But wherever roads are built, they bow to the features of the land they run across. Yes, at times humans shape the land to ease the road's passage, but mostly it is the land that shapes the road. Nobody can sit in DC and say exactly what the road must look like as it runs through some far-off county, sight unseen.

This is so fundamental to my opposition to much of ed reform--any time someone tells me that they've got a One Size Fits All solution to anything human, I must believe they are nuts. A standardized test that will work for everyone? A set of educational standards that every school can and should follow? A curriculum outline that can be applied in every school? Are you nuts? Have you gone out into the world and driven around and opened your eyes? This is not a standardized country, and there is no standardized one-size-fits-all approach that will actually work. And your desire to stomp out human variations so that a standardized solution will work-- that is anti-American, anti-human, anti-reality.