The basic question was minor. The implications are huge. The bottom line is that supporters of using public tax dollars to support private religious schools got some major support from the Supreme Court today. 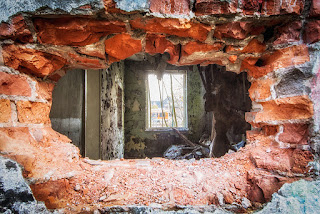 A church in Missouri wanted a shot at some public monies to resurface a playground. The state said no. The trip up through the levels of US courts began. Five years later, here we are.

What matters in a case like this is the reasoning. Here's the oft-quoted excerpt from the majority:

“The exclusion of Trinity Lutheran from a public benefit for which it is otherwise qualified, solely because it is a church, is odious to our Constitution … and cannot stand,” wrote Chief Justice John G. Roberts Jr.

As Bloomberg notes, this is a big deal:

It’s the first time the court has used the free exercise clause of the Constitution to require a direct transfer of taxpayers’ money to a church. In other words, the free exercise clause has trumped the establishment clause, which was created precisely to stop government money going to religious purposes. Somewhere, James Madison is shaking his head in disbelief.

A portion of the majority made an attempt to mitigate the effects of the decision with a small footnote (the full opinion is here).

That note may be meant to indicate that the ruling is meant to be narrow-- but not all of the seven justices who ruled against the state signed off on this footnote.

Reading through the decision leaves little mystery about where the majority are headed. The church argued that it was being disqualified from a public benefit for which it was otherwise qualified. The majority agrees:

The State has pursued its preferred policy to the point of expressly denying a qualified religious entity a public benefit solely because of its religious quality. Under our precedents, that goes too far.

And just in case that's not clear enough, here's Justice Gorsuch, joined by Justice Thomas, explaining why they don't agree with footnote three. They argue that there is no point in distinguishing between religious purposes and activities, and that the exercise clause does not care, either.

...the general principles here do not permit discrimination against religious exercise-- whether on the playground or anywhere else.

In other words, giving public tax dollars to a church-run private school would be just fine. In fact, it's hard to know exactly where the court would draw the line. If an organization is in the community, competing for community funds for an activity, you can't rule them out just because they are a religious organization. If a church wants money to pave a playground or run a school, you can't deny them just because they're a church.

To hear the Court tell it, this is a simple case about recycling tires to resurface a playground.  The stakes are higher. This case is about nothing less than the relationship between religious institutions and the civil government—that is, between church and state.  The Court today profoundly changes that relationship by holding, for the first time, that the Constitution requires the government to provide public funds directly to a church.

That sounds about right. With this decision, the wall between church and state is pretty well shot, and there is nothing to stand in the way of, say, a federally-financed multi-billion dollar program that would funnel money to private religious schools. Trump and DeVos could not have a brighter green light for their voucher program.

I'll argue, as always, that churches will rue the day the wall is taken down. The separation of church and state doesn't just protect the state-- it protects the church, too. When you mix religion and politics, you get politics. And where federal money goes, federal strings follow. Sooner or later the right combination of misbehavior and people in federal power will result in a call for accountability for private schools that get federal money-- even religious schools. And as the requests for private religious vouchers roll in, folks will be shocked and surprised to find that Muslim and satanic and flying spaghetti monster houses of worship will line up for money, then the feds will have to come up with a mechanism for determining "legitimacy" and voila! That's how you get the federal department of church oversight. Of course, this will only happen once we're finally tired of the idea that charter and voucher schools don't have to be accountable for anything to anyone.

But that's further down the road. For right now, what we know is that the Supremes just punched a huge hole in the wall and a bunch of voucher-loving religious private schools are about to start sucking up public tax money through that breach. A bunch of public tax money is about to disappear into a black hole, and we won't know where it went or how it was used. Education, religion, law, and American society will all be a little bit worse for it.