The Attack on Charter Schools

Even the newly-minted teacher of the year, who works at a charter school, is concerned that public and charter schools are seen as "in conflict."

So why do charter schools feel so attacked and put upon? 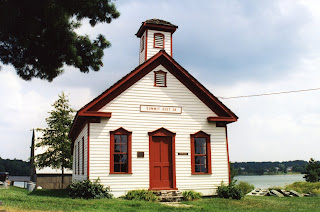 Part of it may be an illusion of privilege. When you are an rich old white guy who has always gotten his way, it can be shocking and destabilizing when people say "No" to you. If you are a money-soaked hedge-funder surrounded by compliant underlings, it may be upsetting when people who should know their place start getting uppity. When you live soaked in privilege, any denial of your God-given right to get your own way might well feel like an attack. But that doesn't describe everyone who has thrown their support behind charters and choice.

Some of it is certainly karma, history coming around. Many charter choice fans seem to have forgotten that they spent years pitching charters and choice by chicken littling about Failing Public Schools and how much the public schools suck and how trained educators were awful, better replaced by lightly trained best-and-brightests from some ivy-covered hall.They are like the bully who, having finally pushed the kid with the glasses too far so that he takes boxing lessons and starts to punch back at their bullying but, says, "What are you doing! You're supposed to be too nice to fight back!" But that doesn't cover all the possibilities, either.

No, the necessity of a public vs. charter cage match is baked right into the charter laws of most states, courtesy of one of the central lies of the modern charter movement.

The Big Lie of modern charters is that we can have multiple parallel school systems for the same money we spent on one. Sure. When you're having trouble with your family budget and maintaining one home, the solution is to move half your family into a hotel. If it's hard to pay the bills for one car, buy a second or third or fourth one.

It doesn't have to be this way. Charter choice supporters in the legislatures could say, "We think the idea of free access to private school for some students is a good idea, and so we are going to raise taxes and allocate the money it will take to do this right. We will fully fund public schools and we will fully fund charter schools and they will be able to work together for the benefit of the larger community because they will no longer be battling to the death for an inadequately small pool of funding."

And, of course, we have those choice supporters for whom a fight to the death is the point. Their hope is that charter schools will finish off public systems, leaving only privatized schools that function "properly," aka "through market forces." Meanwhile, the "government schools" that run on the tax dollars stolen from hard-working rich folks and used to educate Those People can be properly starved to death.

And so charter schools and their fans, even the well-meaning decently parental ones, must live with the feeling of being under attack, because the system is currently constructed so that charter schools must be a threat to the health and continued existence of public schools, and public school supporters can either fight back or lie down and die.

It doesn't have to be this way. It would probably be better for everyone if it wasn't. But until we address the Big Lie at the heart of current charter choice policy, this is how it will stay.