You order your steak dinner, and soon it arrives-- but when you cut into the steak, you discover that rather than medium rare, it is well done without a trace of pink or moisture. 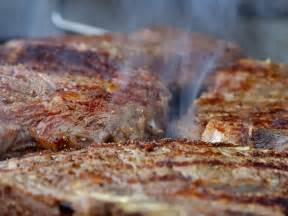 "Chris," you say, because your waitperson's name is Chris, "I'd like to send this back and get a steak done the way I ordered. After all, that's what I paid for."

Chris replies, "No, we don't fix meals around here. We've already spent your money on... other things. But we can offer you some choices instead."

"Choices? I don't want choices. I want what I ordered."

"But I want a nice medium rare steak."

"We don't want to spend our money on fixing your order. We want to offer you choice, instead."

Instead, some students can be admitted to some other schools that may or many not be well-supported, well-funded, well-managed. Students will get a choice, instead, though some of them, like the citizens who "choose" no health insurance at all instead of health insurance that won't meet their needs (because, you know, that's a choice), will choose not to attend schools that won't provide proper support for that student's needs. Some will "choose" not to attend schools where they aren't welcome, and others will "choose" not to attend schools whose application process is unnavigable for their family. Some, of course, will not really get any choice at all, will not be welcomed to any non-public school. But even for them the choice exists.

And that's all that matters. We aren't going to fix your schools, not going to try to get you what you want from them.

Instead, we offer choice. That choice may not result in a quality education. It may not get you what you really want. But at lesat you'll have choice, and that's the important part.