In my capacity as Head Stage Manager Guy at my school, I have spent my day on duty for a concert sponsored by a local church. It makes for a long day, but the crowd is always pleasant and the featured band this year is one my kids used to listen to growing up (Audio Adrenaline, for you people both of faith and also of a certain age, though like most decades-old bands, they are now essentially a ghost band made of all-replaced parts).

At any rate, during set-up this afternoon, I ran into a former student I haven't seen in years. I'm going to call him Bob. 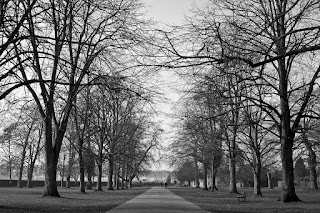 I had Bob as a freshman and as a junior. Bob had some real strengths as a reader and a writer, but a low level of achievement. Some days he was a real pleasure to have around-- outgoing and genial. Other days he arrived at school with a great deal anger stuffed inside. He could be that kid who tries to teach you a lesson by figuratively punching himself in the face over and over. And he would periodically disappear for many days at a time. Big on drama, low on responsibility. Occasionally really cruel and thoughtless, but with occasional flashes of real kindness and decency. Still, most days he flopped into his seat like a lanky pile of loosely associated parts, smiling at things like the sheer hilarity of me asking him to try at whatever we were doing.

As a freshman, Bob was an "at-risk" student with no real support system at home (what at my school we sometimes call "better off raised by wolves") and group of friends who shared an interest in better living through pharmaceuticals. As a junior, he was circling the drain, hard to reach and with no effs left to give. Before the end of the year, he dropped out.

That was a few years ago. Today, he approached me and stuck out his hand to say hi. I asked him how he was doing, what he was up to. In the intervening years, he has earned a GED and gone to tech school to become certified as a welder. Now he is considering leaving the area for work or joining the armed services. He says if he does that he'll use the time to leave the area and get a good start elsewhere he comes. "I've seen too many guys come back here and screw it all up," he says.

I've heard versions of this story a thousand thousand times; so has any teacher who's been at the work for more than five years. It is the umpty gazillionth piece of proof that just because a student doesn't march right through twelve years of school and get the good grades and ace the swell tests and show the correct behaviors-- it doesn't mean that young human is doomed.

You know all the stories. Kid takes six years to finish high school and one day a light bulb goes on and she says, "I'm going to make my life different than this." Or the other stories. Honor student blows up his marriage ten years later by getting caught in a motel room trading sex for drugs with a minor. And THEN gets his act together and gets into a healthy marriage with beautiful children. My director of special ed tells the story of a student with special needs who could barely pass, well, anything, but declared her intention to become a nurse and all her special ed teachers tried to gently steer her away from it and now, today, she is a By God Nurse. My director of special ed tells that story and says, "Now I never say 'never'."

These are the stories I think of when some government bureaucrat announces that we should be able to look at a child and declare definitively whether that child is on the correct direct path to College and Career Readyville. Are you nuts? Have you met some actual humans? For anyone to look at a young human and declare, "I know what path you are on " is just nuts. For many, if not most, we reach our destination in our own way, in our own time. Insisting that everyone should reach the same place on the same path in the same way is just... well, dumb.

If you had asked me years ago if I would bet on Bob, I would have balked. He had tools, but not many, and he seemed determined to trash them. And yet there he was, standing before me like a grown-ass man with his act pretty much together, confident and determined.

To imagine that we can see to the very core of another person is startling hubris. To declare that someone is certainly doomed, that their problems are inescapable solid-state fundamentals of who they are, or that we can prescribe for them what they need or have or lack-- that's just a failure to understand what it means to be human.

I've seen the same line on several t-shirts tonight. It seems like an appropriate to this string of thoughts, even with the folksy non-standard English:

Lift your head. It ain't over yet.

To give a student a test, or to sum up their status in school, to tell them, in effect, just put your head down, because it's over for you-- I can't think of a greater crime to commit against the young humans in our charge. Ignore the test. Skip the test. Forget the pronouncements about college and career readiness.