Mike Petrilli, Big Cheese at the Fordham Institute, a reliably reformy thinky tank, is concerned. While he allows that some students and families are uber-stressing about the whole college thing, the rest of us should be in a greater state of panic:

We need the majority of parents and kids to be more stressed out. We need to shake them out of their complacency and tell them: You and your kids are heading toward a coming-of-age catastrophe, but you can avoid it if you act now! [emphasis his] 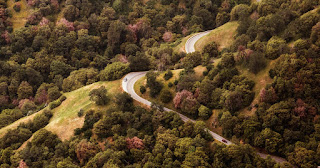 The source of all this chicken littling is NAEP scores, from which Petrilli and others draw the factoid that only one third of US teens graduate from high school ready for college. Another third, says Petrilli, go to college anyway and either get caught in a web of remedial courses or just drop out.

This is a long-standing reformy talking point, a variation on Betsy DeVos's Public Schools Are a Dead End That Couldn't Get Any Worse refrain. It's a long-time favorite of reformsters because if, for instance, public schools were doing just fine, then it would be a lot harder to sell charters and choice and other profitable reformy products. Sometimes this talking point is packaged as the Honesty Gap and sometimes it's just Arne Duncan saying white suburban moms don't want to know the awful truth. The basic idea is that American public school students are failing disastrously and the big lying liars who run schools won't tell them the awful truth.

Petrilli and others who think the NAEP reveals an Awful Truth might consider some of the NAEP debunking that has been done, in particular the 2007 study that showed that a full half of students rated "basic" by NAEP went on to graduate from college with a degree.

Petrilli has faith in the predictive power of many standardized tests. His faith is misplaced, and missing some sort of data to back it up. In fact, he cites the VAAS system sold by the folks at SAS as something that can predict a sixth-graders ultimate ACT scores. Here in Pennsylvania we've been laboring beneath PVAAS scores for years, and I'm prepared to say that they don't predict squat when it comes to individual students-- and it doesn't really pretend to. So I'm not sure what Petrilli wants us to do here-- warn a group of students as a whole that, as a whole, they are going to get low ACT scores? Except for the individuals who don't?

Petrilli also has faith in the NWEA MAP test, a test that I've been crunching data from for two years and, again, I'm here to tell you that the MAP test is useless as a means of informing instruction or delivering useful insights about individual students. Okay-- not completely true. The MAP test helps me pinpoint pretty precisely exactly which of my students are absolutely sick of taking standardized multiple choice tests.

But Petrilli's premise-- that we right now today have the technical testing ability to sit a middle school student down and tell her that she is or is not on the path to college-- his premise is simply false.

I can back that up with numerous arguments, but let me settle for this one-- if his premise were true, it would be the easiest thing in the world to track and generate data to prove. We'd be looking at studies that showed that 90% of all students who scored "basic" on the NAEP or MAP or Whatever Big Standardized Test You Prefer-- 90% of those students either failed to be accepted into college or flunked out. We'd be looking at data-- any data at all-- that drew a line between BS Test results and learning or knowledge. Not that we don't have data-- we do. The data says that students from higher socio-economic backgrounds do better on tests, get to go to college, and end up in good jobs. The data says that students who having a great BS Test score does not erase the challenge of a low socio-economic background.

But Petrilli and his tank-bros think that middle school parents need to be warned, so they took the admirable step of setting up a pilot program to try getting through to parents:

They could enter their child’s test scores into a website; it would spit out an ACT projection and list the types of colleges their kid might be able to get into. For many children, the news would be disconcerting, as it would predict remedial education in the offing. This might catch parents’ attention and spur them to action.

We at Fordham decided to give it a try, so a few weeks ago our partner, the Gigawatt Group, held focus groups in Columbus to test it out on middle-school parents. It was not encouraging. Unsurprisingly, parents hate state standardized tests, but what they hate even more is the notion that test scores could tell them whether their children are on track for college—especially when their kids are still so young.

First-- projecting an ACT score is not a valuable predictor of college success or attendance. GPA, the kinds of courses they pursued, letters of recommendation, essays, a history that shows what kind of human value the student can add to the college-- these are the things that make the difference. No college ever rejected an awesome applicant solely on low scores, and no college ever accepted a terrible applicant simply because he had a high score (unless, I suppose, that score was stapled to a $2.5 million check).

Second-- the parents are right. The BS Tests are junk, and measuring "college readiness" is a fool's game. Ready for which college? Ready to major in what field?

Petrilli is concerned that parents mostly just listen to the schools and their kids' report cards, which show As and Bs because all students in America get As and Bs (this will come as news to the students in my classroom). He thinks that schools should sit down with families once a year and have a check-in check-up, including grades and state test results and other vendor products (like that MAP test).

And he asks, reasonably, if schools are doing anything like this, which is the question I set out to answer in this post, but, you know, context.

Petrilli is not wrong to wonder about the usefulness of a reality check. Every teacher, particularly those of us in the high school end, can tell stories of the student who had trouble learning how to write a complete sentence or remember time tables or come to school more than two days in a row, and yet was certain she had a future as a brain surgeon or corporate CEO. You certainly worry. And when we're talking about a reality check for middle schoolers-- well, that's rather an adventure already, isn't it. They know a lot about their future, including the true love that they'll be with for ever and ever.

We talk to students about their future all the time. Everything from formal career studies to informal class discussions. What do they want to do? What do they think they'd be good at? And it's an extra challenge in a small town/rural area like mine where students are not naturally exposed to a huge range of possible career paths. We talk about the kind of preparation they'll need for the particular path they think they might choose, based on the strengths and weaknesses they have to offer. We talk about the kind of expectations they have for college or trade school, and the kind of expectations those places have for them. We maintain a network of former students and real-world contacts so that we can connect students with people who do the job they think they want. We talk (a lot) about what to do if they aren't sure where they want their life to head. Not that all teachers can talk to all students-- I can't offer much to the student who wants to become a carpenter or an accountant, but there are people in the building who can.

Standardized tests are of no help in any of this. None. For my students, the PA Keystone test (our BS Tests) are a pointless hurdle they have to jump on their way to things that actually matter. The SATs are another obstacle. The MAPs-- well, they have no idea why we're bothering with those. But they don't see any of these tests as the tea leaves in which their future can be read, and neither do I. Their success in college will depend on skills and knowledge appropriate to the field they want to study, but it will also depend on their self-discipline, their drive, and the support system they have backing them up. None of these things-- including the skills and knowledge-- are measured by the BS Tests.

On Twitter I told Petrilli that the answer to his question about whether or not schools do this stuff was "yes and no." Do we talk with our students about their future and where they're going and how to become their best selves and how to stock up as many tools as they can for that future? Sure we do. All the time. Are standardized tests a useful tool in these conversations? No, they aren't.

Nor I do think we can stand next to a sixth grader and look down the long and twisty road ahead of them and say with certainty, "Let me tell you where your road lead, unless you change it." Yes, some outcomes are more likely than others, but hey-- we live in a country where either a black man or a charmless sociopath can become President. Every individual is a complex matrix of characteristics they've been handed, others they've built themselves, and some undefinable fire that may someday drive them in directions we haven't even heard of yet.

Petrilli says he doesn't want these check-ins to be catalogs of intractable doom, a list of characteristics that forge an unalterable deterministic future. More like "Here's where you are, and the road to some of the places yo might want to go leads off in that direction." In that respect, I can assure him that teachers and schools do that a few million times a day.

But he also seems to like the idea of a website where we plug in some test scores and the computer spits out a map to the future. That's not going to happen-- at least not as long as the school system is built around humans teaching other humans, and not a widget factory.

Posted by Peter Greene at Thursday, April 13, 2017
Email ThisBlogThis!Share to TwitterShare to FacebookShare to Pinterest