The National Education Association has not always been swift to respond well to the currents of reformsterdom; lots of us still have a bad taste in our mouths from NEA's embrace of Common Core. And when NEA does take a position, it often does so with the lukewarm tap dance of a politician, and not an advocate for education (e.g. its resounding, "Perhaps Arne Duncan might try a bit harder to do a somewhat better job as secretary") 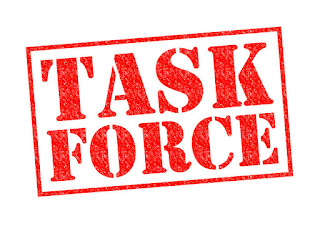 But NEA formed a task force on a proposed charter school statement, and it actually displays a bit of spine.  It has issued findings this month, and thanks to Fred Klonsky, there's a copy available on line. I've read it so that you don't have to, but if you're an NEA member, you probably should take a look.

Charter schools were started by educators who dreamed of schools in which they would be free to innovate, unfettered by bureaucratic obstacles.

So begins the introduction as it dips into the history of charter schools, reminding us that there is, at the heart of the movement, the germ of a not-so-bad idea. This well-sourced paper collects many factoids that you may half-remember, but-- damn-- the Waltons have provided seed money for one out of every four charter schools??!! Half the charters founded between 2006 and 2014 were funded by the federal government. And not a factoid, but a useful quote-- "The result of these efforts has been a massive and burgeoning sector of charter schools that are not subject to the same basic safeguards and standards as public schools." True that.

The first section of the paper looks at what the charter school sector actually looks like. Graphs show raw charter numbers as well as number and percent of student population-- as of 2014, charter students were 5.7% of all US students, and charter school numbers have been growing steadily since 2000. However...

In fact, nearly half of the students dumped by a charter mid-year between 2000-2012 were African American.

The report also shows who runs the schools, with the majority of authorizers being either local school boards or state boards of education.

The report also works down the list of rules that charters don't have to follow. While some states require open meetings, many of the heavy hitters like California do not. Only five states forbid for-profit charters, but virtually none provide regulations that stop any of the profiteering workarounds developed in the charter sector-- in fact, a third of charter states don't even hold charters to the prevailing ethics laws. I've said it before-- most of the time, a non-profit charter is just a for-profit with a good money-laundering system.

Charters do have to follow civil rights laws-- if someone enforces them. Labor laws don't work quite the same in charter land, nor do rules about professional requirements. Only eighteen states require charter teachers to meet the same qualification requirements as public school teachers.

The report concludes that the push for charters has resulted in separate and unequal systems, with charters being largely under-regulated and not locally accountable. And Trump-DeVos looks to make it only more so. If you want a quick rundown of the facts and figures of the effects of DeVosian reform on Michigan schools. Sample: From 2003 to 2015, Michigan dropped from 28th to 41st in Fourth Grade reading. Another sample: Michigan is spending about $1 billion-with-a-B annually on charter schools, 80% of which are for-profits.

The Failed Competitive Model of Charters

First, eighty studies worth of research show that charters, once you correct for demographics and other factors, get test-score results that "are not meaningfully better or worse" than public school results.

However, the impact on finances and community, as laid out in the report, is negative. Charters, under current law, drain resources from public schools, and disrupt community schools, both for the students and for the other community members. And as noted in many reports, charters increase segregation.

And all of that is before we get to the enormous and widespread fraud and waste of charter schools. The report sites several specific instances, like the Ohio charter with 50% phantom student enrollment  or the New York charter that borrowed $5.1 million to buy and renovate a building for which the actual purchase and renovation costs were $1.4 million.

Finally, there are virtual schools, the cyber charters that even a study CREDO, a charter-friendly group, found were a waste of time and money. Cyber charters have been shown pretty conclusively to be failures, and yet states like Pennsylvania continue to shovel money into their fund-sucking maw.

Competition has had more than ample opportunity to spur both charter and public schools to greatness. It hasn't happened. It's time to admit that charter operators do not know any special secret of educating students.

Charters as Incubators of Innovation within a School District

NEA here acknowledges that this much-hyped charter feature can actually happen, and gives some examples like Avalon Charter School in St. Paul, MN. But they lay out two requirements necessary for such success--

1) Local school boards are the only proper authorizers of charter schools, and

2) That board must create the criteria and requirements under which the charter will operate.

The NEA Statement on Charters

So what is the official NEA taskforce position on charter schools?

To be a public charter, you have to be accountable to the public, and that means the elected officials who run the school district.

Privately owned or managed charters damage the communities they enter. In general, they don't work, providing no real benefit at huge cost. And cyber charters are especially bad.

NEA stands for our students wherever they are educated. Relegating students and communities to unaccountable privately managed schools that do not comply with the basic safeguards and standards detailed above has created separate systems of charters that are inherently unequal. To counter the threat to public education of such charters, NEA supports both communities organizing for quality public education and educators working together to improve charter schools.

Other facts from the appendices

The top five charter states-- California, Texas, Florida, Arizona, and Michigan-- contain over 50% of all charter school students in the nation. If you throw in the next five-- Pennsylvania, Ohio, New York, Colorado, and Georgia-- you account for 71% of all charter students.

If you rank states by the percentage of their students who are in charters, the top by a huge margin is DC itself, with 42%. Next, in order, are Arizona, Colorado, Louisiana, Utah, Michigan, Florida, and Delaware, all of which have more than 9% of their students in charters.

Here's some other rankings by way of growth:

And there's also some rankings by individual districts. Los Angeles was out in front as of 2014, but that seems like ages ago.

I suppose folks may dismiss the report and the stances because they figure NEA will automatically be anti-charter. That is not so obvious to me-- after all, if the nefarious union goal is to create lots of teachers so they can organize lots of unions so they can rake in dues money as part of their evil plan to conquer the country (because so many of our national public officials are such union fans)-- anyway, if NEA wanted to grow its potential membership base, charter schools would be the perfect way to do it, and NEA would be cheering charters on while quietly trying to organize them all and spread the union influence.

On top of that, charters are beloved by many politicians who are and have been union sort-of-allies. It's possible that this report is coming out at this point because now that it's Donald Trump and Betsy DeVos pushing charters instead of Arne Duncan and Barack Obama, it's okay for NEA to oppose them. Maybe, but the country is still full of powerful charter-backing Democrats.

In other words, I don't think it's a given that NEA would be tough on charters. And yet here they are, with a report saying pretty unequivocally that privately run charters are bad news for public education (with footnotes and non-alternative facts and actual data and everything).

So I'm glad to see this report and hoping that NEA is going to be pushing it a bit harder in the months ahead. Let's hope it represents a trend.