Watch Out: K12 Has Changed Its Name

Back in November, when most of us were pre-occupied with a few other things, K12, Inc, the giant cyber-school company, went and gave itself a new name-- Stride, Inc. The rebranding came with some new acquisitions, but underneath it all, K12 is its same old self.

K12 is a big fat for-profit cyber-edu-biz operation-- in fact, the biggest and fattest. They were founded by Goldman-Sachs banker and McKinsey alum Ronald Packer with financial backing from junk bond king Michael Milken, who Wikipedia calls "convicted felon, financier and philanthropist (and, fun fact, he was pardoned by Donald Trump in February of 2020). Andrew Tische (Loews) and Larry Elison (Oracle) also tossed some venture capital in the kitty. Oh, and Dick DeVos, too. K12 was launched in 2000, with William Bennett as the public-facing face of the company. Packer is still the CEO of the company. 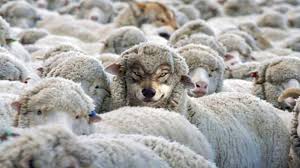 You'll note that  none of the top names in the company have actual education expertise, but that's okay, because K12 is a for-profit company that sells an education-flavored product, not an actual school.

Over the years, K12 has been caught in all manner of naughty behavior. Here's a fairly brutal shot they took from the New York Times way back in December of 2011 detailing how K12's schools are failing miserably, but still making investors and officers a ton of money. Former teachers routinely write tell-alls about their experience, like this more recent guest piece on Anthony Cody's blog. In 2012. Florida caught them using fake teachers. The NCAA put K12 schools on the list of cybers that were disqualified from sports eligibility. In 2014, Packard turned out to be one of the highest paid public workers in the country (as in, people paid with tax dollars) in the country, "despite the fact that only 28% of K12 schools met state standards in 2011-2012."

That low level of achievement is the norm-- so much the norm that even the bricks and mortar sector of the charter world pointed out that cyber-schools are deeply terrible. In Pennsylvania, K12 (like all our other cybers) has never earned a satisfactory rating. But what cybers do have going for them is the huge amount of charter lobbying money being spent in Harrisburg. In fact, K12 and Connections have spent more money on Harrisburg than on any other state in the union. That might fit in with the same discussion involving PA being the most cyber-friendly state in the union.

The election of Trump in 2016 fed some investor exuberance in the cyber sector, with K12 showing fairly spectacular growth. By which I mean stock value growth--their actual attempts to educate students and behave ethically were as bad as ever. Earlier that same year they got in yet another round of trouble in California for lying about student enrollment, and during the Trump years they still had trouble keeping all of their schools open. And they even had one school staff unionize. In 2017, they made Kevin Chavous President of Academics, Policy and Schools; Chavous a former politician, helped launch DFER, served on the board of Betsy DeVos's American Federation for Children, and helped Bobby Jindahl whip up a voucher plan for New Orleans.

The pandemic has obviously been a help to K12, but still--well, they landed a big lucrative contract in Miami-Dade county (after a big lucrative contribution to an organization run by the superintendent) and made such a technomess out of it that Wired magazine wrote a story about their "epic series of tech errors."

So why rebrand now?

The company PR says that Stride, Inc, reflects its "continued growth into lifelong learning" regardless of students' ages or locations. The company has already acquired Tech Elevator, a coding bootcamp provider, and MedCerts, which does certification training for healthcare and medical fields. Meanwhile, the K12 portion of the business had been renamed Fuel Education, and is now K12 Learning Solutions. The whole shuffling was done, according to a spokesperson, "to further simplify the brand structure and to better align with the company's core K-12 offerings." Totally nothing to do with criticism of the brand by, well, everyone.

And they are still bearing down hard on their primary product, and by "primary product" I mean "marketing." Here's the Valdosta Daily Times running, unchecked, a piece about an EdChoice (you know--the choice-promoting advocacy group that used to be the Friedman Foundation, as in Milton Friedman) survey discovering that 70% of parents think online learning is awesome (news to the hoards of folks demanding that school buildings reopen) and going on to cite the awesomeness of Stride products specifically. Here's an actual paragraph from an alleged news story:

“What the coronavirus pandemic has laid bare is our nation’s dire need for more effective online learning options,” said Jeanna Pignatiello, Stride’s Senior Vice President and Chief Academic Officer. “Thousands of students, families, teachers, and school districts across the country have turned to Stride K12-powered schools to find high-quality, personalized learning solutions that meet their needs during this unprecedented time. And the evidence is clear—these are programs that work.”
Meanwhile, the new Stride website promises "Inspired learners. Empowered educators. Prospering partners." Want to place bets on which one of the three they will actually deliver?
So if you hear about Stride, Inc, in your neighborhood, be aware that it is the same old K12 wolf in a swiftly stitched-together set of sheep suits, with far less interest in actually educating students than in grabbing some of those sweet, sweet tax dollars.
Posted by Peter Greene at Friday, January 08, 2021