Well, happy School Choice Week. What better way to celebrate than getting a bunch of states to ram through bills to gut (or in some cases further gut) public education.

The preferred method seems to be ESA-style vouchers (ESA used to stand for "education  savings account," but sometimes "education scholarship account"). In an ESA/Tax Credit Scholarship program, rich benefactors give money to a "scholarship" organization, which in turn hands the money over to criterion-meeting parents who then hand it over to a private edu-vendor. Meanwhile, the state reimburses the benefactor in the form of tax credits. Ed disruptors generally prefer that you not call these "vouchers," and they have half a point, since school vouchers have generally been used strictly as tuition to a private school. ESAs, on the other hand, are meant to be more versatile, allowing parents to buy any sort of educational service from a variety of vendors. Usually these programs are capped, because remember--the amount of money that goes into tax credit scholarship programs is the same amount of money that is cut from state budget revenues. 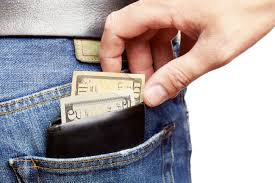 The right likes this for a couple of reasons. Rich folks escape taxes. Public schools get cut back--in fact, the whole idea of "school" gets undercut, which is nice for vendors because now if you want to score some of those sweet taxpayer dollars, you don't have to set up an entire school--just tutoring or maybe just a math class or who knows (because what most of these laws have in common is that nobody is really providing much oversight on how the money is spent). ESAs open up a nice clear path for state funding of private religious schools (even as Espinoza v. Montana Department of Revenue also clears the road for more taxpayer-funded Jesus). And if gutting public schools also weakens those nasty teachers unions, that would be a bonus, too.

The dream is a free market bazaar, where parents go searching for the bits and pieces of the program they want to put together for their children. Of course, they'll be given no guarantees that the vendors have to accept their children, and they will have to wade through marketing noise to find those bits and pieces, but the state will be able to say "We gave you a voucher. It's your problem, now." Also, schools that wanted to provide religious indoctrination or teach that the world is flat or that slaves were really quite happy would not have to deal with silly gummint busybodies telling them they can't have public tax dollars to do that. The wealthy and elite will still get what they want for their children, but they won't have to worry about so many of their tax dollars being spent on Those People's Children.

So lets check in across the nation.

We've already  looked at Florida just a week or two ago, where the end game is in sight, courtesy of a bill that would combine all their voucher programs, reduce the practically nonexistent oversight already exerted on voucher schools, and turn them into tax scholarship-fed ESAs. Florida. as always, is the dream for privatizers and anti-public school forces.

SB 1041 would quadruple the cap on tax credit scholarships over the next three years (from $5 mill to $20 mill), meaning that much more money would be cut from the state budget as the wealthy make their contributions to the neo-voucher program. The bilkl also includes provisions for regular increases in the cap after that.

HB 60 would create ESAs. It follows the usual pattern of using students with special needs or from low-income families as the foot in the door, but adds a cool new wrinkle--anybody who's school building isn't open for 100% in person instruction can also have one of these vouchers. The bill starts out with a modest 8.432 student cap, then just keeps adding another 8,000 or students every year thereafter, eventually approaching almost half a billion dollars diverted from public schools to private ones.

Georgia already has voucher programs, and it has been rife with fraud and financial shenanigans, along with minimal-to-nonexistent oversight of the schools involved.

HB 1005 establishes ESA accounts, as well as expanding the program. This is the standard approach--open a choice program by creating something to "rescue" poor and/or disabled students, then once you've created the program, expand all the limits on it. Indiana is right on track. For instance, Republicans would like to raise the income limits on eligibility so that a family of four with a six-figure income will still be eligible to send their children to private schools at public expense. In Indiana, that means a religious school; about 97% of Indiana voucher schools are Christian religious schools.

We should also note that Indiana wants to increase tax support for virtual schools so that they get the same money per student as bricks and mortar schools--even though virtual schools have neither bricks nor mortars to maintain. As a resident of Pennsylvania, where cyber-schools get that full payment (and generally perform super-poorly), I can tell you that the financial impact on public schools is brutal. This is a dumb idea, Indiana.

Iowa just fast-tracked Senate Study Bill 1065, courtesy of Governor Kim Reynolds, to create the "Students First Scholarship Program." I could sum it up, but let's hear what the editorial board at the Des Moines Register has to say:

That phrase, as everyone knows by now, is an attempt to put lipstick on the pig of siphoning taxpayer money from public schools to funnel to private schools. And, largely, to Christian schools. Also, largely, to help families that already have the resources to send their kids to private schools.
The Iowa State Auditor said that "parents should be alarmed" that the program comes with no requirements for any audit whatsoever, and therefor no oversight. That's a feature, not a bug, of course; the idea is not just to give private schools public dollars, but to make sure they are free to use them as they choose.
One should note, however, that Iowa has also generated noteworthy push-back, in the form of spirited defense of the bill by the Iowa Satanic School:
The Iowa Satanic School recognizes the considerable efforts of the Iowa GOP to move forward with School Choice for our state. This will give Iowa families the choice to seek educational opportunities outside of public schools, using their taxpayer-funded student first scholarship to make Iowa’s FIRST Satanic School a reality.
Kansas
Speaking of taxpayer-funded discrimination, Kansas this week was scheduled to hold hearings on two bills set to expand the tax credit scholarship program in the state. The Kansas School Boards Association came out in opposition to HB 2068 and SB 61, which are apparently aimed at expanding Kansas vouchers to include private schools without any corresponding accountability or oversight. So private schools could go ahead and discriminate based on religion, gender, or sexual orientation and still get taxpayer funding (just like Florida--the dream).
Kansas is also looking at HB 2119, which will create the "student empowerment act" aka ESAs for students who are academically at risk. Which, when you think about it, is a novel way to frame them. "Son, Mommy and Daddy would like to get a voucher to send you to Aryan Academy High School, but to do it, we're going to need you to start doing really crappy school work right now."
Kentucky
HB 149 would create an Education Opportunity Account, ESA tax credit program that would allow people to contribute to scholarships (that can be spent on a wide variety of education-flavored items and services) while creating a like-sized hole in state budget revenue, eventually draining billions of dollars from the state coffers. The pass-through organization managing the money might be audited if the department determines there have been shenanigans, but how one spots the shenanigans without an audit is not clear. Is this all starting to sound repetitious?
Minnesota
SF 260 (and HF 308) would set up a tax credit scholarship program. This one's called the Equity and Opportunity in Education." They're going with the low-income (twice the free and reduced lunch cutoff seems to be the standard) and disability foot-in-the-door approach.
Missouri
SB 55 is a whole bundle of anti-public ed joy. This one started out as a simple bill about allowing homeschooled students to play school sports. But it has attracted a number of education barnacles. Among the bills that are now part of SB 55 is one that allows charters to open in any city or county with a population over 30,000 (that's another 61 school districts), and a school board recall rule-- if 25% of the voters who voted in the election sign a petition,. there can be a recall election which--wait! what? So any election that a school board member doesn't win with at least 75% of the vote, there could be a recall election. That's nuts.
Oh, and also--surprise--a provision to create the Missouri Empowerment Scholarship Accounts Program, a program that would allow tax credit scholarships to fund an ESA program.
New Hampshire
HB 20 would establish the Richard "Dick" Hinch education freedom account programs. Richard Hinch was the staunchly conservative speaker of the house who died of covid on January 1, 2021.
And, yes, here we go again. This time they're called Education Freedom Accounts. Tax credit scholarships. Used for any number of education-flavored stuff. There is a legislative oversight committee, but that appears to be about doing checks on how well the program is working and not on how the money is actually being spent.
This one is unusual in that it does not specify which students are eligible nor offer any caps on how much the tax credit program can take (that's important, remember, because the size of the tax credit cap is the size of the hole it's going to blow in your state budget).
And that's all the state I'm aware of at the moment, all busily and rapidly ramming through creation or expansion of ESA-style neo-voucher programs that are pretty much the state-level version of the Education Freedom Scholarships that Betsy DeVos was pitching throughout her tenure in DC. Plenty of states are working on the issue and in various stages of chipping away at public education, but this honor roll notes those states that have made it a priority for the start of 2021.