This is not a good analogy.

Nick Freitas is an army vet and Virginia politician, who served in the house of delegates before making a couple of unsuccessful runs for the US Congress (both House and Senate). In his bid for national office, he was backed by folks Rand Paul and Mike Lee, the Club for Growth, and Freedomworks. He has been writing for the ultra-right Daily Wire, where he usually sticks to war and the evils of communism. But this week, he decided to stick his oar into education waters with "We Wouldn't Let Government Control Our Grocery Stores. Why Do We Let Them Control Our Schools?" Transparency requires that I link to the article so you can check my work if you're so inclined, but I'm going to ask you to resist giving this thing any more clicks than you can help. So here's the link.

There are so many things wrong here. But it's worth poking through this pile because it's representative of how the anti-gummint school crowd views the issues. 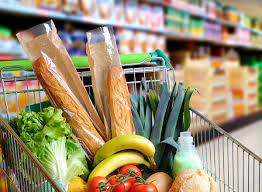 Freitas opens by reducing the many debates about school to two sides--one side all for "choice and freedom" and  the other side "insists that improved education can only be achieved through strict government control of schools." Well, no, not really. It's not clear what exactly he means by "government control" or "strict," but a lot of straw is going to fly before he's done. We have locally elected school boards, which is government, but their control is not particularly strict in most case. We have oversight on the state and federal level, which is where most of the rules and regulations that he might be upset about come from, but if we were going to have strict control from that level, we'd have lefties arguing to end local school boards and just put schools under direct control of the state or federal government, but the only people I know making anything like those arguments are conservatives. Without traveling too far down this rabbit hole, I'm just going to say that the debate has far more than the two sides he has described, and, in fact, at least one of the sides he has described doesn't really exist.

Anyway, his whole point is to skip over a rehash of old arguments so that we can try his thought experiment.

Rather than rehashing the same old arguments, let us instead engage in a thought exercise regarding government’s involvement in another important aspect of our lives — access to food and nutrition — and see if we can draw some relevant parallels. After all, while access to education is important, it can be argued that access to food is just as important — if not more so. With that in mind, what would happen if we put the government in charge of grocery stores?
We're in trouble already, because public education doesn't provide "access" to education, but rather sets out to provide education to every single child in the US. But lets move on.
For whatever reason, Freitas sets his experiment in the Depression, and asks us to imagine what would happen if "the government decided to set up thousands of grocery stores across the country." He posits that you would suddenly be unable to shop at the store of your choice, but would be assigned a grocery store based on your address. Further, he imagines a government-proscribed "scientific" approach to shopping, and you would be forced to buy according to government recommendations. And you'd have to lobby the government for change, but of course, money talks. Also, of course, the workers at these stores would not be rewarded for excellence, but just seniority.
So that's the straw man he set up. Let me count the ways.
First, while his "controlled by the government" is a bit vague, grocery stores highlight some of the ways in which government regulation is useful. We shop in grocery stores with a high level of confidence that the food we buy will not poison us and that the store itself meets certain safety standards--"scientific" ones, at that.
But more importantly, the world of grocery stores provides an excellent demonstration of why a market-based privatized education system is a lousy idea. Freitas is selling freedom and choice and decrying his imaginary government grocery store for imposing choices on citizens, but the marketplace imposes its own choices every day. You can only shop at the grocery stores that are available in your area, and you can only buy the things those stores choose to stock. Now, if you live in a wealthy community, that may be great--you may have a choice of several stores with a vast variety of products to choose from. But the market doesn't provide that for everyone. There are towns in the West where you have to drive 5, 10, 15 miles over to the next town to get groceries.
And in the US, there is such a thing as a food desert, a community or area that lacks access to affordable or nutritious food. In 2010, the US Department of Agriculture "reported that 23.5 million people in the U.S. live in "food deserts", meaning that they live more than one mile from a supermarket in urban or suburban areas and more than 10 miles from a supermarket in rural areas." Note that one mile to shop for groceries is only "close" if you have a car.
Bottom line-- the free market world of grocery stores does not provide a cornucopia of choice to all citizens in the country. It provides very fine arrays of choice to communities that are wealthy, and a lousy range of choices--or no choices at all--to communities that aren't. I've made this point roughly a gazillion times now--the "free market" is a wonderful thing, but it's a lousy match for public education because the market is mostly good at picking winners and losers, not just among the businesses, but among customers. Every single functional business model requires businesses to decide which customers they are going to make no attempt to serve, because it won't be worth their time and money to do so. That is not compatible with a mission to provide education for every child.
Public education already has trouble meeting that promise, precisely to the degree that its funding has been infected through the housing market. And the notion that we have government controlled schools that are tightly controlled and carefully managed by some central education planning group is itself absurd. What we have is a bunch of nesting dolls (I know--they're Russian!! Gasp!!) each trying to assert control over the system in an endless tug of war, so that every teacher in a classroom is required to serve a hundred different masters.
The rest of his argument is the same old anti-public school baloney. The fake "vote with their feet" argument. The "evil unions run everything" argument (always news to the actual evil unions). The "teachers would be free to be rewarded for their expertise" argument, which closely parallels the idea that a rising fast food industry increased pay levels for chefs. Mostly it's the "we must take back control," with very little exploration of what exactly the writer means by "we."
Posted by Peter Greene at Monday, January 18, 2021