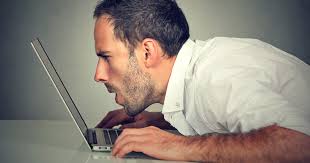 I was recently reminded that it has been a while since I've done one of these. The edublogging universe has, I think, shrunk a bit in the last year or two, which is not to say that there aren't still hundreds out there. But lots of folks come and go, and I drop blogs from the list on the side when they've gone dormant for more than a few months. There has also been a shift to newsletters and substacks and podcasting, as well as, I think, a loss of more conservative voices in support of public ed.  I'm going to stick to good old fashioned web-based education policy text here, mostly, with blogs, magazine style sites, and a few key organizations. A web presence is not an easy thing to maintain, but here's what's out there right now that's worth reading--or at least, that I know about.

Recommendations always gratefully accepted. Let me know what I missed.

Florida-centric blog is one of the best-looking blogs around. This duo stays on top of Florida's education shenanigans, which is no small feat.

Infrequent blogger, but always interesting with plenty of resources, particularly if you're interested in getting away from grading and testing.

Akil Bello is a testing expert and a good follow on Twitter. While he blogs infrequently, it's always worthwhile, and this is one of those blogs that's worth a stroll through the archives, particularly if you're reading up on big standardized tests.

After all these years, still king of the edu-blog aggregators. He'll give you a taste and a link  and do not discount the value of the art that he adds.

One of the few (okay, two podcasts on the list. Passionate and progressive, hosted by Dr. Timothy Slekar. All of the big guns have stopped by at one time or another.

Formerly based in OK, he's now hunkered down in Indiana. Lots of issues covered, but he's also working his way through Supreme Court cases dealing with church and state separation.

Sarah Lahm keeps an eye on Minneapolis schools, policy and politics. It's yet another regional stage where reformster ideas go for their out of town trial runs.

North Carolina is the home base for this prolific look at education policy, politics, and public education.

Lisa Eddy taught ELA for 25 years, collected a variety of awards, and just generally worked her buns off. Now she cranks out frequent posts focusing on education and politics.

A site devoted to exactly that issue. Loads of good materials here to support the obvious.

One of the few remaining blogs at Education Week, Ferlazzo talks about pedagogical practicalities and also policy and politics and ethics in the classroom.

The blog of Dr. Julian Vasquez Heilig. Lots of smart, researched info, much of it organized by topic.

TC Weber covers Tennessee thoroughly and with sharp wit and pithy quotes. "Nobody reads it. Everybody quotes it."

"Engaging in conversations around education and leadership," and sometimes getting into some heavy but interesting stuff about systems and complexity.

Research and advocacy for the littles. I'm a big fan of this organization.

I call her the indispensable Mercedes Schneider. A research monster and prolific writer, even as she does the classroom work. When you're looking for facts and the background connections, all roads lead here.

If you read me, you probably read Ravitch, whose blog is like the town square for all the advocates for public education. The sheer volume of posts can be daunting, but because she is so very generous with her platform and audience, there is no better place to "meet" all the people writing about public education .

The source for Michigan news from a progressive perspective. That includes education in the DeVos stomping grounds. Mitchell Robinson writes for these folks.

Ed in the Apple

All about the intersection of education and politics in New York.

"EduColor has been at the forefront of anti-racist, culturally competent, justice-centered conversations since its inception in 2014."
Fairtest
The organization advocating to keep testing fair and open and, well, less.

Another EdWeek blog, this by Peter DeWitt, who takes a tempered and thoughtful approach to the issues of the day.

I don't go back to this blog often enough, but when I do, I always find thoughtful, insightful pieces about the teaching life.

Politics, unions, and education with a Chicago flavor.

Gadfly on the Wall

Nobody gets more fired up than my fellow Pennsylvanian Steven Singer. Unabashedly progressive, pro-union, pro-teacher and pretty fiery about all of it.

Rubinstein is a math teacher, proof that sometimes Teach for America products grow up to be real teachers. He's been at the blogging work for a long time. He writes about the craft and occasionally digs into the data to debunk popular reformster ideas.

A retired math teacher who collects plenty of good reads from around the web along with his own excellent insights. Another blogger who's been at this for a while.

National education perspectives with the kind of attitude you know I appreciate.

If you have even a passing interest in education technology, Audrey Watters is required reading. Nobody is more knowledgable, more insightful, more adept at connecting the dots, or more willing to call bullshit. Required reading.

The other podcast on the list (though they always post a transcript as well for us reader types). Jack Schneider and Jennifer Berkshire are great interviewers, and this podcast brings some great people to the mic, along with some excellent insights from the hosts.

In the Public Interest

A site and organization with a wide-ranging public interest, and that includes keeping an eye on the privatization of public education.

Thoughtful, insightful, and always well-sourced look at education policy in the US.

Nobody does a better job rendering data (especially financial stuff) in ways that make sense to ordinary mortals.

Inside Higher Education hosts a variety of bloggers, but John Warner is my only regular read. Warner is particular sharp on the topic of writing.

Excellent and thorough roundup of ed policy issues and articles in Pennsylvania.

Lee is based in Alabama, a state that provides ample opportunity to consider problems in education policy.

Anthony Cody's site has evolved into a far-ranging education magazine covering a wide variety of topics and writers.

One of the many parent blogs that maintains feisty, skeptical eyes on corporate education reform.

There ought to be more education reality centered comic strips, but at least we have Mr. Fitz.

Activist and pro-public school, looking at topics on the national scale. I never miss a post.

Scholarly responses to reformy articles and "papers" and a blog-post-of-the-day. NEPC is just the place to look for solid responses to what you know is wrong.

NPE has established itself as a strong advocacy and research group in support of public education. Check out the research papers, or look at the page #AnotherDayAnotherCharterScandal for a catalogue of charter misbehavior.

Notes from the Chalkboard

Justin Parmenter is based in North Carolina, where he periodically ruffles feathers and raises some dust.

Notes from the Educational Trenches

"I feel like I'm living in the old fable, 'The Emperor's New Clothes.'" Perspective from a classroom teacher.

He's been at it a really long time. Sly, snarky and well-versed in the nuts and bolts of education in the city that doesn't sleep often or well.

I couldn't resist the name. Based in the UK, just so you know some of these issues transcend borders.

Covering the politics of Ohio, including their crazy-pants ed scene, magazine style.

EdWeek's tag team of current ed policy news and the politics attached to it. Always on top of the breaking news.

Public School Shakedown at The Progressive

Remember when every magazine and news organization had an education tab? The Progressive still keeps a stable of quality (education writers (and me)  on tap to write about education.

Paul Thomas always makes me feel smarter for reading him, but he also knows whart's what when it comes to comics.

Another Ed Week blog, this by the education guy from the American Enterprise Institute, so free market ed reform guy, but generally an intellectually honest one.

The ins and outs of school finance, with Bruce Baker cutting through the noise. This is where I first learned about how charterization can involve the taxpayers buying the same building multiple times.

Longtime observer of the public education scene in Indiana, another hotbed of reformster shenanigans.

The team of writers here take no prisoners, ever, but they've been at this for a while and they do their digging. No sympathy for corporate interests here.

Teacher in a Strange Land

Retired music teacher Nancy Flanagan blogged for years at EdWeek, but a while back decided to strike out on her own so she could write with more freedom. Often personal, always insightful.

A pre-school teacher in Seattle offers meditations on education, children, and life. Great look at connections between learning and life's important lessons.

Andy Spears knows what's going on in Tennessee, which is one of the states where ed reformy ideas are road tested. Solid reporting.

John Robinson has done it all, starting with years as an ELA teacher, so his blog brings together edu-threads from literature to politics to the philosophical underpinnings of the work.

Valerie Strauss's column at the Washington Post is always on point, and features plenty of good guest stars (Carol Burris often appears). And people answer her emails and phone calls, which means she gets the stuff that most lowly bloggers do not. Plus she's a pleasantly pro-public school voice at a newspaper that's not always helpful.

Former NYC math teacher, now grad student, and a heck of a writer. Founding leader of Educolor. What a voice.

John Merrow was a leading national education reporter for decades. He's retired now, but clearly there's still an itch there.

Bill Ferriter is a teacher and a top-notch PD guy, too. Collaborative teams are his thing, but sometims he just has to speak up about policy and politics.

Thomas Ultican sits down and digs deep. In his blog you find many definitive takes that gather everything out there about a particular reformster shenanigans.

This panel of writers is focused on the big issue of the day. When the buildings finally reoppen for good and for real, what could be better?

Wrench in the Gears

Not everybody's cup of tea, this blog travels way down the global digital data plot, but the research is solid and she often pulls out info you won't find anywhere else.

Audrey Amrein-Beardsley is a leading researcher and scholar in the bananas field of VAM. Another blog that rewards deep reading inm the archives.

Posted by Peter Greene at Wednesday, January 27, 2021
Email ThisBlogThis!Share to TwitterShare to FacebookShare to Pinterest