FL: How To Punish A School Board

Miami Dade County Public Schools have been having some issues lately, and the public has them on the ropes.

They decided to hand their virtual schooling over to K12, the cyber school giant founded by Ron Packard with William Bennett as a public face and funding by junk bond king Michael Milken. It's an odd choice, given that a quick Google reveals the many, many problems with the business, from faking enrollment in California to faking teachers in, well, Florida. They've had a long run of disasters. At one point the NCAA said they wouldn't accept a K12 diploma. They are hugely profitable, and built some exuberance under the Trump regime, which helps them throw a big ton of money into lobbying. 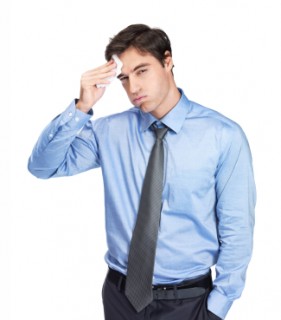 In fact, throwing money into things may be the explanation for how they got the Miami-Dade job in the first place. Turns out that they appear to have made a $1.57 million dollar contribution to the Foundation for New Education Initiatives, a nonprofit to help fund programs for the district, and chaired by Alberto Carvalho, the district superintendent.

So K12 got the job, and failed hard. Hard enough that Wired magazine wrote about their "epic series of tech errors."

The rapid pivot to, and even faster pivot away from, K12 amounts to a case study in how not to deploy a massive new software project. It also illustrates how, in a few intense weeks of summer decisionmaking, a charter-school curriculum written by a for-profit company was chosen and installed, with little scrutiny, across one of the largest districts in the country.

It was every kind of disaster, and so the board voted to scrap it-- at 2 AM after a 13 hour meeting.

Why 13 hours? Because there's a funny rule in Florida--a school board has to allow the public to comment, and they can't take an action until the comments have been heard.

So as the board wrestles with what comes next, they did what any school board in their position would do-- they announced a special meeting with very little notice and hoped that would help the public shut up a little.

No such luck. The board met to vote last night on a plan for re-opening schools. But first they have to listen to all the public comments left on the district's voicemail. And those should be done playing sometime this morning, because the public left over 18 hours of comments there. There were also 200 or so written comments, but those can just be placed in the record.

Did the board stay up all night and listen? I'm guessing not. But I'll admit--I find the whole story pretty awesome. In Pennsylvania, boards have all sorts of tools for boxing public comments out, as do many other states. Imagine if your local board couldn't take action until they were done listening to the taxpayers. Heck, imagine if state or federal lawmakers couldn't vote on a bill until they had listened to every public comment.

The notion of taxpayers being able to hold a school board hostage like this is kind of amazing and beautiful, but probably neither terribly efficient or effective, and I have no trouble imagining how this power could be used for evil. Still, it's nice to see the balance of power flipped, giving taxpayers an immediate and direct way to punish board members for bad decisions. Leave it to Florida to come up with something this spectacular.

Update: That meeting took 29 hours. God bless them.
Posted by Peter Greene at Tuesday, September 22, 2020
Email ThisBlogThis!Share to TwitterShare to FacebookShare to Pinterest