The New York Times Adds One Plus One And Gets Three

You might have been excited yesterday if you saw a New York Times editorial board headline talking about "The Wreckage Betsy DeVos Leaves Behind" and thought that maybe, for a change, the greyest lady was going to stands up for public education.

But then you read it.

There is much that they get right. They open by noting that the department has not just failed, but refused to lead, during the pandemic. It's a cruel irony that Covid arrived during the administration of folks who think that government should not do anything, ever, including helping keep its citizens alive. 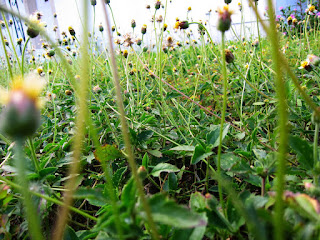 They also correctly note that there is a lot of undoing to undo, specifically in the area of civil rights protections where, again, it was DeVos's devout belief that government should not ever be helpful.

They note a "striking" contract between DeVos and Cordona, offering the understatement "Ms. DeVos had almost no experience in public education and was clearly disinterested in the department's mission."

Then the board barrels boldly into the weeds.

They accept the NWEA's baloney pronouncements on "learning loss" as gospel, and from there it's just a short step to the usual arguments about why we must get back to the Big Standardized Test right away, because how else will anyone know how the students are doing. The board wants to gather data so that "the country" can "allocate educational resources strategically," except that is not what "the country" does ever, and as always, a good way to find out how students are doing is to ask actual teachers.

I am continually amazed at this argument, because what the heck do people think teachers do every fall? Seriously. Do they imagine that teachers just assume that all their new students know X, Y and Z because it's in the curriculum. Do folks imagine that teachers spend the weeks before school poring over BS Test results to learn where their students are? Because, no-- mostly the test results aren't available yet and because teachers are forbidden to see the actual question, all they get is the test manufacturer's "analysis" of the results, which is mostly hugely broad and unhelpful.

No, in the fall, teachers use a large array of formal and informal assessments to figure out student's individual weaknesses and strengths. Teachers do this daily, and then they keep doing it all year. This remains one of the great, silly fictions of the BS Test--that the results are useful to teachers who would be lost without them. In reality, the BS Test is like a guy who shows up at the office of a general who is commanding thousands of troops on dozens of fronts and this guy--this guy shows up with a pop gun and announces, "I am here to win this war for you."

The NYT board then swings back out of the weeds by noting that DeVos's affectionate support of predatory for-profit colleges was a bad thing and the new guy should get back to holding career-prep schools accountable for actually prepping people for careers.

The board remains firmly on the wrong side of testing. Let's hope the new secretary doesn't listen to them.