Teachers and the Toll of Disinterest

The closest I ever came to leaving public education was almost twenty years ago, when I was the president of our local union, and we were on strike.

It was a challenging time. The contract negotiations started with stripping (a technique where the district proposes to gut the contract so that they can pretend to make concessions later by agreeing to only partly gut the contract, which of course involves them giving up nothing). The lead negotiator said publicly, "We have the money. We just don't want to give it to them." And my phone never stopped ringing. 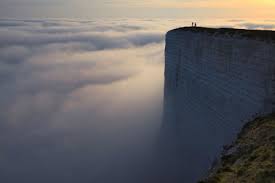 This is a small town, and while I'm not exactly a public figure, I'm pretty easy to find. And so people called to offer their thoughts on the contract negotiations and the strike.

The worst were not the raging teacher-haters. It was the other folks, some of whom I knew personally, who wanted to explain calmly and rationally why teachers had no right to expect things like good pay and decent benefits, how they should simply accept what the board offered and be happy they were so much better paid than fry cooks and convenience store clerks.

I had to stare into the abyss of--well, I can't even call it disrespect, Disinterest. It's always a little background buzz that you learn to ignore, that buzz of all the people who really don't much care about public education and think that teachers are a glorified over-paid bunch of women who should just hush up and do as they're told. As I said, usually a background dark hum, and certainly not what everyone is thinking. But for a few months, I had to look straight at it, including all the people who "really respect the work that teachers do, but..." By the time the contract was settled and things were mostly back to kind of normal, I was looking at alternative paths for someone who wanted to teach.

I can hear that buzz gain now, in the increasingly hostile noise about re-opening schools and those damned teachers' unions and dammit teachers, just get the hell back to work.

You can't find a better example of the increasingly common genre than yesterday's Washington Post, in which Matt Bai observed that teachers are servants and they should start acting like it. Yeah, he said "public servants," but do you think that really makes it any better. "You guys are servants, but, you know, the noble kind."

Bai continues to point out, "Hey, all our other servants are back to work, so what's your problem." Also, I hear that the 'rona doesn't really bother schools. And those poor black kids need you-- doesn't that trigger your noble serving impulses?

Somehow, things like the decidedly non-union charter schools that are also operating at distance doesn't come up (though those schools are often described as "operating at remote" or some such terminology, while public schools are described as "closed," as if nothing is going on. And the business of well-to-do white folks using Black children as leverage has been addressed well elsewhere, but please note that when schools open, lots of folks stay home--it's almost as if some parts of the populations don't trust assurances that everything is safe and under control. And where private schools are open, you might want to look at the money being spent and care being taken to insure they open safely.

Nor should they. I'm in a small town/rural corner of the world, and this is how things are going. Two local districts are 100% open buildings right now. This has less to do with any improvement with local pandemic figures and more with a desire to start a new nine weeks face to face. For ventilation, well, one district suggests that windows on buses and in classrooms be cracked open. At another local school, a student who gets tested for Covid might trigger anything from a stay-home-till-we-see order for classmates to nothing at all--not even a notification to the teacher that her class may have a case. A local superintendent was in today's paper touting "improved morale," though some of his actual teachers report that a peppy speech did not really alter their mood. Meanwhile, vaccinations are few, far between, and random in their dispersal.

We have known now for a year that it would take an extraordinary investment to re-open school buildings safely. We didn't do it, and it's hard to attribute that to anything other than indifference and disinterest and the oldest education motto in the world ("We could do the right thing, but it would hard").

So as was the case after Sandy Hook and Parkland, teachers have to contemplate that part of the population (including, it should be said, some of their professional peers) that says, "Yeah, some of you may have to die, and we'd rather you stopped whining about it and just got back to work." It's not just the possibility of death or illness that takes its toll; it's the realization that this is how some people see you--a servant who just doesn't deserve all thart much concern.

Look, these are hard times with a surfeit of really noisy data and no attractive choices. But if teachers appear to be a bit shell-shocked by some expressions of disinterest in their lives and work, know that a snappy pep talk is not going to fix it.