At first glance, putting Charter School Celebration Week O'Self Congratulations on the same week as Teacher Appreciation Week may seem a bit obnoxious, but I've come to see it as sort of appropriate, a symbol of how the charter business competes with public school teachers for resources and attention. Kind of like putting Fight Cancer Week and Celebration of Tobacco on the same calendar dates, it encourages people to see that there's a fundamental conflict here. 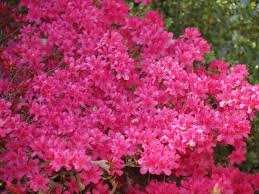 Not that there needs to be. The irony for me is that even though I write extensively about the many ways in which modern charters are detrimental to public education and just plain bad policy, it doesn't actually have to be that way. Charters could work. Charters could be a great addition to the education landscape. But instead, charter fans have chosen to pursue them in the most destructive, counter-productive manner possible. It's like a landscaper says, "Your yard would look so much better with some azalea bushes," and you think that, yeah, they would, but then  the landscaper puts the bushes in by ripping holes in the front wall of the house and planting the bushes directly into the water and sewage lines for your home.

So I'm going to celebrate charter week with a little reader of posts that have run here, laying out the ways in which the charter industry has gotten it wrong.

Charter schools are an inefficient use of taxpayer dollars. If your complaint about public school is that too few tax dollars make it into actual classrooms, well, charters are generally worse, paying teachers less and administrators more, as well as piling on additional expenses like advertising budgets. Charter marketing has its own set of problems, including a heavy reliance on assertions that just aren't true.

Charters appear to be making segregation worse. Not saying it wasn't already getting bad on its own-- but charters are exacerbating the problem.

Oversight of charters (and the public tax dollars they spend) is rather a mess, with even reformsters arguing about how authorizers could provide decent oversight,  even as they argue for few restraints and requirements for charters.

Oversight is needed because so many people have entered the charter biz simply to make a buck. There are so many ways to use charters to fleece the public, including self-dealing real estate entities, plain old real estate operators, get in the authorizing biz, just commit fraud-- the list goes on and on. The bottom line is that every abuse people imagine of for-profits is equally possible, probable and present in non-profits.

Virtually all modern charters are businesses. They may bill themselves as non-profits, but that is a distinction without a difference.  They are looking to make money, and that means their own businesses interests are in direct conflict with the interests of students (every dollar spent on a student is a dollar the operators don't get to keep).

Some states, like Ohio and Florida, do charters so very poorly that families often find themselves abandoned by a failed charter. Some are simply trying to give private operators access to public dollars.

Reports repeatedly find that charters have a negative financial impact on public schools. How could they not? A fundamental flaw with the modern charter approach is that it must increase the total educational cost for a community. Until someone discovers a magical way to run ten schools for the same money used to run one, charters will hurt everyone financially. On top of that, some states have tried to make charters more appealing by deliberately gutting their public system.

Oh, and cyber-charters continue to exist even though nobody believes they actually do any good at all (except for investors and lobbyists).

Charters insist on pretending to be public schools. They are not. Really not. Not even if they manage to change the meaning of "public."

Charter operators are good at rattling off the list of public school problems, and much of the time they are not wrong. Systemic racism, lack of resources, serving populations that bring extra baggage to school-- these are all clearly real issues. What is not clear is how charters solve any of these problems.

I'll repeat-- I can imagine circumstances under which I would love and welcome charter schools-- but those aren't thew circumstances we have right now. Right now charters bleed public schools dry, proudly announcing that they have "saved" one child even though they had to poke holes in the boat that still carries ten other children. They are aggressively unaccountable to the public, lacking transparency, serving only a select few, and consuming resources that could be better focused on making the public system better serve all students.
Posted by Peter Greene at Thursday, May 10, 2018