The Only True Charters

Pity the charter school movement. They have been splintering all over the place for about a year now as they have faced first, the tension between Free Marketeers, Choice Crusaders, and Social Justice Advocates. Then Trump reared up and let the voucher crowd back into the room, as well as creating terrible cognitive (or at least PR) dissonance among people who claimed to be Democrats but who had spent years supporting the very policies that Trump now championed. 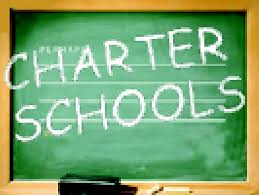 Greg Richmond, president and CEO of the National Association of Charter School Authorizers, popped up in EdWeek today as the latest charterizer trying to settle the whole swirly mess. He recaps that story right up through the point that Steve Zimmerman (Coalition of Community Charter Schools, NY) cried, "God save us from our friends," and Jeanne Allen (Center for Education Reform) began to nearly pee herself with joy.

Richmond wants to clear things up by articulating exactly what it is that charters stand for.

Previously, we've heard autonomy and accountability. Richmond is expanding that so that he can clearly delineate between True Charter Advocates and everyone else.

As with most attempts to sort this out, Richmond's version requires a rewrite of history. Richmond, like other critic-fans, tries to use accountability as the wedge between True Charter Advocates and Those Other Guys, but of course a lack of accountability has been a selling point in charterdom for the last couple of decades. States like Florida and Betsy DeVos's MIchigan have fought hard to keep accountability rules far away from charter operators. The truest of true blue Free Marketeers have argued, as DeVos did Wednesday at Brookings, that the Free Market will provide all the accountability necessary. Charters have been pitched as a great way to create schools that don't have to play by the rules that public schools do-- that's kind of the entire point.

Richmond tries to thread the needle and say, "Well, of course, we don't want charters to operate under all the exact same rules as charters," but the fact remains-- if he wants to say that being anti-accountability makes someone Not a True Charter Advocate, he has to disregard half of the charter operators in half of charter history. It's like claiming that a true car is a convertible and all those other faux cars are just out of step with true carness.

Charter schools have innovated and excelled by aiming at select groups of students, abandoning the whole goal and purpose of public education. Where accountability has been lacking (aka almost everywhere) they have in fact delivered nothing new or effective.

But then, we don't need charters to have choice, autonomy and accountability. Good public schools offer choice, and all under one roof so that a child who wants to switch her goal from scientist to jazz musician can do so with out having to withdraw entirely. Good public schools also offer the parental choice of calling up your elected board member or administrators and telling them what you want to see. And why would public schools need to have less autonomy than charters? They don't. And we already know we can slap them with accountability measures until the cows come home, dragging their test scores behind them.

As always, I'm wondering why we need charter schools at all. What can they do that public schools can't? I mean, out of these three principles-- I know they can find ways to bar problematic or expensive students, grind teachers down into McEduworkers, craft a school around the principle of making money, and allow amateurs free reign in fields they know nothing about. Sometimes they also educate-- in pretty much the same way that public schools do. But of choice, autonomy and accountability, what is there that a charter can do that a public school cannot?

Not that it matters. Twitter snark from other charteristas has already been directed at Richmond and I don't think his column will go down in history as The Moment That Charter Advocates All United Under the Same Set of Principles. But it may build some odd bridges of understanding.


Which, oddly enough, is what most of us in public education thought when we met Common Core and Big Standardized Tests and a raft of other reforms that were supposed to make us lousy lazy public school teachers stop holding back the secrets of success and finally get to work. So maybe charter fans will still have trouble talking to each other, but some of the rest of us may have something to chat about.