Some days it seems to me that all of our education problems come down to just one problem-- as a country, we're cheap.

We want an educational system that's a shiny new Lexus, but we want to pay used Yugo prices for it.

Our first educational priority is Do It Cheaply.

The major effect of this priority is the cutting of corners. We can't get the Lexus for what we're willing to pay, and so we have to decide what features to give up, what bits to do without.

All of our education debates can be understood as arguments about where to cut corners. Like this: 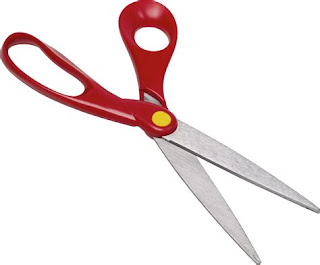 The push to keep teacher costs down, either by breaking unions or stagnating salaries or finding ways to turn it into a low skills job (just open the curriculum guide from Pearson and follow the instructions) are all about saying, well, let's spend less on staff. Let's cut that corner.

The test-centered accountability movement is about figuring out which corners deserve to be cut. Let's come up with a hard data number-based judgment that say, "These folks over ere are clearly not up to the task, so let's cut their corner, because clearly they aren't getting the job done. They are the Used Yugo of education, so we should only have to pay used Yugo prices for them."

The free market competition boosters believe that competition-- beautiful, magical, competition-- will goad the Used Yugo to perform like a Lexus in order to keep its own corners from being cut. Wave those scissors at people, say the free marketeers, and they will give you way more for at less.

The privatizers want to claim that they can do more for less, that government run schools are loaded with fat, sloppy corners just begging to be cut, and savvy businessmen can do it (especially if you let them keep some of whatever they trim off).

Charter school fans combine many of these arguments. We'll be more efficient. We'll do more with less. And by allowing strivers to escape from schools loaded with slack and waste, we'll free those schools to have their corners cut to the bone without hurting these deserving children we've put in the charter lifeboat. Because creating more schools, more capacity, more school systems means, as current zero-sum laws stand, that a bunch of corners must be cut.

In fact, too many corner cutting arguments are about which children shouldn't have to ride in the used Yugo. My children, of course, should not. I'm not sure about those children next door, but the children of Those People (you know-- the non-wealthy, non-white ones) definitely don't need to ride in a Lexus. Cut their corner. Cut it good. And if we're going to give resources to the children of Those People-- well, there are a bunch of corners that can be cut, a bunch of corners that Those People don't deserve. Because at the end of the day, it's hard to allocate scarce resources without ending up with racist results.

Do we have to cut all these corners at all? Refomsters have long said, Yes," backing it up with the old "We spend a gazillion dollars on education and yet scores haven't gone up," which is a bizarre argument. It's like saying, "Well, I have offered the dealer $100 for this new Lexus, and he still won't give it to me, so obviously we shouldn't offer him more." The cost of a thing is not based on what you prefer to pay for it.

Most of our education debates in this country are simply arguing with the scissors-- "That guy over there-- that's the guy whose corners should be cut." We could end most of the charter and choice debate tomorrow simply by fully funding all systems instead of making charter and choice and public schools fight over the scraps.

I am not arguing in favor of unregulated profligate spending (though I do wish the reformsters who argued that education is a matter of national defense had followed that thought with "and therefor education must get the kind of unrestrained spending.") But let's face it-- in the USA in 2018, there is zero danger of unrestrained overspending on education. I am arguing for more honest discussions. Let's talk about what it would take to "rescue" all-- not just a select few-- students in struggling schools. If we want choice, let's talk about what it would take to honestly fund all choices. Even if, as I suspect it might, it comes down to saying out loud "Letting rich folks keep their money is more important to us than giving each child a great education," at least saying it out loud will let us argue about the real issue.

As it is, every education discussion starts with an unspoken premise: Since we don't want to spend what it would really take to have a better education system, we're going to have to cut some corners.