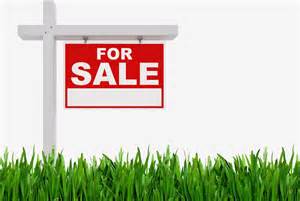 What we found in some of our audits is that the same people who own and operate charter schools, they themselves create separate legal entities to own the buildings and lease them to charter schools.

Folks advocating for public education often miss this aspect of the charter industry because it's not really education related. It is, however, big money related. It's why some critics of charters characterize them as more of a real estate scheme than an educational one. In Pennsylvania, what DePasquale found works like this-- Pat McGotbux starts a PM Charter School, a non-profit entity ( so you know it's not one of those evil for profits that everyone condemns). Pat then gets a building and forms PM Realty to lease the building from himself and ka-ching-- a whole lot of taxpayer money goes to make Pat rich with his "non-profit" school.

In Pennsylvania, part of the problem with these self-profiting arrangements is the same problem with all the other charter misbehavior in the state. DePasquale explains:

The problem is that we find zero evidence that the Pennsylvania Department of Education makes any effort to verify ownership of the buildings or look for conflicts of interest between the school and related parties. They simply write a check for whatever amount the charter school submits.

That's how we roll in PA. When charter operators get in trouble, it's likely to be because the feds caught him, not because the state was paying any attention.

Some states are beginning to make financing tools available to charter schools that had been limited to traditional public schools. For example, the states of Texas, Colorado and Utah now backstop tax exempt bond issues for some charter schools, reducing their capital costs when acquiring facilities, according to Scott Rolfs, managing director of B.C. Ziegler & Co., a niche investment-banking firm that has underwritten more than $600 million in charter school bonds.

But the growing role of for-profit real-estate developers has added a new dimension to the debate over charters, which are taxpayer funded and independently operated schools that are largely free of union rules. Critics say charter schools are in danger of cutting costly deals with developers who are more concerned with investment return than educating children. The result can lead to failed schools.

Carl Paladino, the notorious bad boy of the Buffalo school board, has made a mint in charter-related real estate deals. Not only does Paladino build the charters and lease them, but he builds the new apartment buildings near the shiny new school-- a one-man gentrification operation. And he sits on the public school board, where he can vote to approve and support the growth of charters.

That's not even the most astonishing sort of charter real estate scam. A 2015 report from the National Education Policy Center outlined what might be the worst. Take a public school building, built and paid for with public tax dollars. That building is purchased by a charter school, which is using public tax dollars. At the end of this, you've got a building that the public has paid for twice-- but does not now own.

In February of this year, researchers Preston Green, Bruce Baker and Joseph Oluwole dropped the provocative notion that charter schools may be the new Enron. It's a lot to take in, but Steven Rosenfeld pulled out five takeaways for Alternet, if you'd like a quicker look. But just some little factoids give you a taste. For instance, Imagine Schools take 40% of the money they collect from taxpayers and put that right back into lease agreements. In Los Angeles, owners of a private school leased room on their campus for a charter school that they were also involved in running-- then jacked that rent up astronomically.

Certainly not every charter school is involved in some sort of real estate scam. But the examples of such scams aren't all that rare either. A charter in Arizona built nine buildings and then sold them to itself; in the end, only 37% of the charters revenue was spent on students. In Chicago, public schools have been closed and then essentially given away to developers. The charter that Betsy DeVos visited in Florida was part of a cozy lease-to-itself deal. Deion Sanders' ill-fated charter almost ran afoul of real estate self-dealing. And the infamous Gulen chain allegedly uses real estate dealings to help keep the money flowing to its leader.

In too many cases, a charter school is really just an education-flavored business, a means of driving some real estate profits for the owners of the building, and what goes on inside the building is unimportant and immaterial to the major players in the transaction. In other words, while we may sometimes get preoccupied with the education implications of a charter school, Auditor General Pasquale is right to remind us that sometimes it's not about the education at all.