I walked into this building as a seventh grader in 1969. I'll walk out of it as a retiree in less than two weeks. 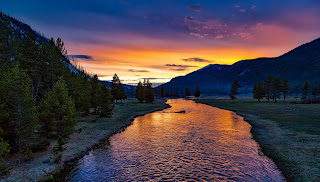 You get asked a lot of questions when you retire, many of which have the unintended consequence of poking you right in the feels. (I'm definitely not  crying at least once a day, but if I did, I would at least manage to do it when I'm not in front of anybody.) Some are pretty basic (what are you going to do with that filing cabinet) and some dig a little deeper, like the comments about my legacy. Some folks have even offered to watch after my legacy, to preserve it, and I just don't have the heart to tell them that I have no legacy in this building.

I'm the longest-serving member of the current faculty, which means that I've seen a lot of people head out the door, and I know exactly what kind of mark they leave behind them.

Teachers are not billionaires or politicians. We don't generally get to build giant structures and slap our own names on them in hopes that some day we will leave a mark behind us. We don't generally get honored with statues and monuments, not even in a broad Tomb of the Unknown Teacher way, let alone as specific individuals. Nobody is out there carving his third grade teacher's face into the side of a mountain.

A teacher in a school is like a post driven deep into the bed of a river. The current bends around her; maybe it cuts into the bank and certainly it carries river traffic along paths affected by that post. Even the bed of the river will be cut and shaped by the current as it bends around that post. People even start to navigate by the post, as if it's a permanent part of the river.

But something happens when the post is one day removed.

Maybe folks are so impressed by the post that they put a special commemorative marker in place of the post. Maybe some big boulders rolled into place against the post and stay in place long after the post is gone, even when folks don't remember how they ended up there.

But mostly there's a momentary swirl of dirt, a quick rush of water and then, after a brief moment of time, the river bed is smooth again and the river flows as if there was never any post at all.

I don't imagine I will leave much of legacy here, and what little there is will be worn away over time, and that's okay. I do have a legacy, but to see it, you have to look downstream.

I figure that I've worked with, roughly, 5,000 students. Some of them are still carrying around bits of skill or knowledge that I passed on to them, or parts of their lives that grew out of something I passed on to them. They grew up to be living, breathing, growing, active men and women who worked at finding how to be their best selves, how to be fully human in the world. Undoubtedly some of those students didn't get much out of being in my class, and some have less-than-positive memories of me, but I have to believe that some got something out of their time in my room.

That's my legacy. People who felt just a little better about reading, or just a little better about writing. Here and there some students who actually pursued writing or teaching as careers. Some students who built a foundation of confidence in an activity. Some I hear from now and then, some I talk to regularly, and some whose lives took them far from here, and I have no idea how their stories have unfolded.

My legacy-- and every teacher's legacy-- is not here in this building. This building is just brick and mortar and rules and procedures and "traditions" that sometimes last less than a decade, all carried out by a constantly-changing cast of educators and students. Names and awards are created, but they carry on names even as the person whose name it is is forgotten. My legacy-- and every teacher's legacy-- is out in the world, in those students who passed through this building, and it's not for anyone to "preserve" because it has a life of its own-- as it should.

If I walk back into this building ten years from now, I don't imagine that I'll find anything to indicate that I was ever here. But, "God help and forgive me, I wanna build something that's gonna outlive me." Teaching has always let me do that-- but not here, not in this building. Not in this stiff structure of unliving steel and stone. Out there in the world, where the water carries us to the sea, new fires spring up to illuminate the world, and human beings full of life and breath roam and grow. If we're going to have a legacy, that's where it will be.