South Carolina is currently making a point that I've tried to make elsewhere-- the teacher walkouts in Arizona and Colorado and Kentucky and West Virginia [and Oklahoma] and (soon) North Carolina are not new. There's been a teacher walkout going on for a decade. But since the teachers haven't been walking out al at once, we've been calling it a shortage instead.

The State in Columbia, South Carolina is running a series of articles (also being run in several other McClatchy newspapers)* about the slow motion walkout. 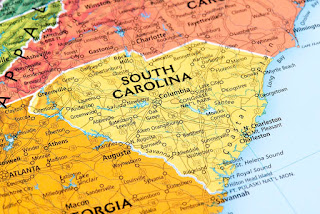 Jamie Self has been on this beat for a while with the long-running series Classrooms in Crisis, and though it will take you a while to work through all of the reporting, it's well worth your time for the mixture of well-drawn detail and sense of the bigger picture. Much of this is familiar-- here's the South Carolina Teacher of the Year earning a second paycheck by stocking shelves at Sears (uh-oh). Here's a discussion of how measures to end the teacher shortage will cost money that state leaders don't want to pay. And for folks caught up in new discussions of how to discipline- or not-- students, here's a look at how teacher safety plays its part in the teacher "shortage."

South Carolina has also been involved in a trend that I first noticed being reported four years ago-- the outsourcing of teaching jobs. Recruitment was targeting Filipino teachers back then, but Self and Cody Dulaney report that South Carolina is now searching internationally, bringing in people who have no US passport and no teaching degree to take SC teaching jobs. International hires now make up 7% of the teaching force, part of a "cultural exchange," and not permanent hires. In addition to the Philippines, SC is drawing from Jamaica and India. That 7% statewide means that individual districts have substantial numbers. Hampton school district is employing 21 international teachers-- that's 36% of its teaching staff. Williamsburg has 79 international teachers.

But when we turn to big-picture stories like "Why SC teachers are leaving in record numbers," what's striking is that the problems listed are exactly the same issues that have led to teacher strikes in other states

"They're so tied up and worried about all the paperwork that needs to be done that they're unable to actually do the job that they applied for, which is educating children," said Natasha Jefferson, a Charleston mom worried about the education her eighth-grader is receiving. Two of his classes are taught by a rotating cast of substitute teachers.

Jennifer Garrett of the Center for Educator Recruitment, Retention and Advancement has some thoughts about the attempt to draw teachers from other states and countries:

We're not going to recruit ourselves out of this teacher shortage. Statistically, it's not possible to fill the gaps.

Self interviewed over three dozen current and former educators. Many asked not to be named, which all by itself tells you something about the atmosphere in SC schools. All of the complaints are familiar.

Pay too low to support a family.

Emphasis on the standardized test.

Endless meetings about administrivia and test prep, rather than a chance to work on the actual work.

The story of Theresa Schlosser includes an out-of-control first grader that she could not help, but that was not the main reason she left teaching:

An administrator saying, "'Don't worry, you'll teach them how to pass the test.,'" pushed her over her limit one day, she said.

"I had to go out in the hall and cry," Schlosser said, who is now a stay-at-home mom. "I didn't sign up for this, to teach somebody to pass a test."

South Carolina actually has a program that allows retirees to be pulled back into the classroom while still benefitting from their pension-- but that program ends soon, and a $10K limit on what retirees can earn will push many of them back out again.

And running through all the complaints, the refrain that "we are set up for failure" and a sense of powerlessness. Says Caleb Surface, who dropped out of the teaching pipeline while still in college. "Being able to enact change in the education system is not a task remotely accessible inside the classroom."

Low pay. Low benefits. Lack of power. Lack of resources. A focus on things other than actually doing the work of educating students. And a messy charter system that is not getting results, but is still draining money from the public system.

These are all the same factors that teachers are talking about in states with teacher strikes, but there are two critical differences. Because South Carolina's teachers are leaving one at a time-- or just seeking another career to begin with-- they aren't getting the same kind of attention as teachers in Arizona or West Virginia. The other difference is the bigger problem-- when the teachers of Arizona and West Virginia walked out, they did so with an announced willingness to come back to the classroom. But the exiting teachers of South Carolina are leaving, one by one, for good.

In short, legislators in states like South Carolina may consider themselves lucky that they aren't facing a full-out strike, but they are mistaken. Slow motion walkouts are harder to fix, easier to ignore, and permanent. States like South Carolina would be lucky to have a "real" strike, because it would force them to deal with the issues behind their fake teacher shortage. As it is, unless some leaders really step up, they will watch their education system bleed to death one drop at a time.

*I originally ran across the series in the News&Observer, but failed to notice that Self and Dulaney are connected to The State. This has been edited to correct my original mistake.