Next year it's going to be super-awesome to study or work at Lockport High School in New York. It will be super safe. Super super safe.

Facial recognition and tracking software will add an unprecedented level of security at the schools. District officials have decided locked entrance doors, bullet-proof glass and sign-in registers at the front desk are not enough. 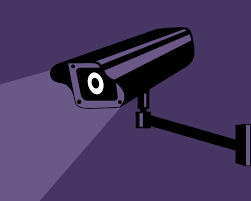 The company behind this monstrosity state-of-the-art system brags that this will be the first school in the world to use this system. That could be in part because the Aegis system will cost $1.4 million (part of a $2.75 million security system that will include 300 digital video cameras).

What will the system actually do?

What it can do is alert officials if someone whose photo has been programmed into the system – a registered sex offender, wanted criminal, non-custodial parent, expelled student or disgruntled former employee – comes into range of one of the 300 high-resolution digital cameras.

This database of naughty people will supposedly not include student photos. Well, "unless there's a reason." Then the Creepmaster 5000 goes to work:

“If we had a student who committed some type of offense against the code of conduct, we can follow that student throughout the day to see maybe who they interacted with, where they were prior to the incident, where they went after the incident, so forensically we could also use the software in that capacity as well,” [Depew superintendent] Rabey said.

Depew schools are also interested in this new advance in the surveillance state. How many ways are there to object to this?

One Lockport parents calls it a waste of money, no more effective than locking doors and requiring visitors to check in. And though the company swears their facial recognition software is New and Improved, such software has a bad track record with women, children, and people of color.

In one of the most drastic examples, facial recognition software was tested last June on the crowd at a championship soccer game in Cardiff, Wales. The system triggered 2,470 alerts for matches with a police database – but 92 percent of the “matches” turned out to be false. The police blamed the poor quality of the photos in the database.

And the director of the Buffalo chapter of the New York Civil Liberties Union checks in with an understatement:

Tracking every move of students and teachers is not the best way to make them feel safe at school and can expose them to new risks, especially for students of color who are already over-policed in the classroom

This is a terrible idea. If you want examples of how terrible it could be, consider the Chinese, who are using facial recognition software to monitor students for proper attitudes and attentiveness.Nor is there any reason to believe that it will actually save a single life (it would have been unlikely to help in any of the most recent school shootings).

Big Brother has always claimed that he is watching you for your own good. Now the students of Lockport can feel his warm and protective embrace, everywhere they go, every day.


Posted by Peter Greene at Tuesday, May 22, 2018
Email ThisBlogThis!Share to TwitterShare to FacebookShare to Pinterest