Lots of folks are offering up word salad to commemorate the 35th anniversary of "A Nation at Risk," the high profile educational chicken-littling that laid the foundation for all the disaster capitalistic attacks on education ever since.

On this occasion, here's the article you must not miss.

None of the information in Anya Kamenetz's piece is new; some is from interviews she conducted years ago for her 2015 book The Test. There are critical points to remember here.

But what I learned in talking to two of the original authors of “A Nation At Risk” was that they never set out to undertake an objective inquiry into the state of the nation’s schools. 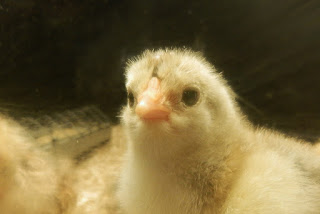 The most common interpretation of the report is something along the lines of "back in 1983, a bunch of folks decided to do a big old study of public education and see how it was doing, and golly bob howdy-- didn't they discover that US education was a giant suckfest!"

That interpretation, Kamenetz's interviews make clear, is incorrect. Actual story? Some folks in the Reagan administration had already decided that there was some sort of crisis in education, so they went looking for proof of the conclusion they had already reached. This indicates, if nothing else, that Crisis #1 was that these people had never learned the Scientific Method when they were in school.

It also indicates that the report cherry-picked data to match the conclusion it wanted to draw.

The report skimmed over the highest-ever graduation numbers. And it focused on the decline of average SAT scores over the previous twenty years. And while that data point was not exactly a lie, it was also not the truth.

Kamenetz brings back the follow-up report, done by the Department of Energy in 1990-- a report that found "To our surprise, on nearly every measure, we found steady or slightly improving trends." For instance, average SAT scores were dropping-- because more and more students were taking the test. Each subgroup was actually improving, but adding more of the lower-scoring subgroups to the mix dropped the average.

If you want more articles poking holes in the 1983 report, they're out there. Kamenetz highlights a 2004 scholarly article by James Guthrie who concludes simply "The idea that American schools were worse just wasn't true."

But If You Really Want To Evaluate ANAR, Just Check the Sky

The report concluded, among other things "The educational foundations of our society are presently being eroded by a rising tide of mediocrity that threatens our very future as a nation and as a people."

In 1983, they told us that the sky is falling. It's falling any day now. If we don't act right away, America is doomed! Any day now. And yet, since 1983, two things have not happened.

First, nobody from DC has ever announced, "Yeah, you can relax. We totally fixed it." No, instead, our leader types still routinely announce that, as our Secretary of Education announced at the Reagan Institute's anniversary party, "Our nation is still at risk." And yet--

Second, in thirty-five years, the sky has not fallen. The nation has not collapsed. The supposed decline in education has not led to a disastrous disintegration of the Republic.

Critics of public education have had 35 years to back up these pre-fabricated cries of a concocted crisis, and yet 35 years later, there's no evidence that the authors of the report were correct.

So Why Do We Still Wave This Bloody Shirt?

The answer is also in Kamenetz's article, because although I do love her work, she is one more member of the education press who has apparently signed a pledge to never run an article that doesn't include a quote from Michael Petrelli. I'm not sure why right-tilted thinky tanks are always represented in ed pieces but working educators and public ed supporters are not (lord knows there are plenty of us out here willing to talk), but on this occasion, Petrilli's quote is pretty illuminating. [Correction: Kamenetz has correctly pointed out that this is her first Petrilli quote in an article.]

Although there has been some progress, “the reason that we continue to mark the anniversary is that [the worry] still rings true,” says Michael Petrilli, president of the Thomas B. Fordham Institute. He calls the report “a touchstone”; it’s in the mission statement of the Institute, which promotes school choice, testing and accountability.

There you have it. First, we keep bringing it up because it "rings true," which is not at all the same as "is supported by actual data and facts." It just, you know, feels truthy. And it a "touchstone" for reformsters, a key brick in the foundation of all education reform that says public schools are in terrible trouble and we must fix/disrupt/change/replace them right away.

A Nation At Risk remains what it has always been-- someone who wants to tear down a school and replace it with a business, so he pulls the school fire alarm to get everyone to run out of the building. But after 35 years, there's still no fire, still little smoke, and ironically the smoke at this point all comes from the various fires that reformsters have built to help clear the place out.

Despite the lack of solid evidence to back it up, "A Nation at Risk" will continue to live on because it is useful for the people who want to dismantle and privatize public education. It was created as a tool for that purpose in the first place, and as long as it can still serve that purpose, we'll continue to throw it birthday parties and trot it out whenever we want to get the sirens wailing again. Those are the moments when the rest of us will need to step up and remind people what the report really is, how it was really written, how much the sky hasn't fallen yet, and why it's not nice to yell "fire" in a crowded school. In other words, after you read the Kamenetz article, you probably need to bookmark it.


Posted by Peter Greene at Monday, April 30, 2018
Email ThisBlogThis!Share to TwitterShare to FacebookShare to Pinterest