When China Buys Our Data 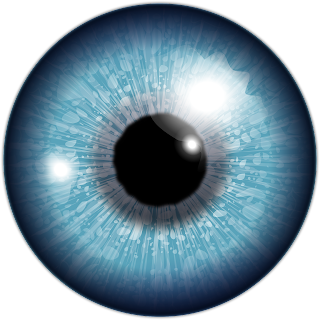 We have worried about all these things. Now a new piece at EdSurge suggests we have not worried enough.

The title of Jenny Abamu's piece is direct and stark: What Happens to Student Data Privacy When Chinese Firms Acquire U.S. Edtech Companies?

As you might well guess, this is not a rhetorical question. For instance, NetDragon, a Chinese gaming company looking to build an education division (with the "largest learning community globally"), bought Edmodo. Price tag-- $137.5 million. NetDragon just last year snapped up JumpStart, the educational game software company, but Edmodo, which is more of a platform company, has its hands on a huge amount of student data, leaving some to wonder whether NetDragon bought the company for, well, the company, or just its Giant Vault O'Data.

William Carter, the deputy director and fellow of the Technology Policy Program at Center for Strategic and International Studies (CSIS), says US government officials are taking note of these Chinese acquisitions in the tech startup space.

“There is a concern that data is now a strategic resource, and that acquiring companies for their large data sets could be a means by which China could undermine the strategic influence of the United States,” says Carter.

The concern is not merely that China can acquire a ton of data about US citizens (citizens who are young now, but won't always be) but also that companies like Edmodo can become one more way for foreign powers to influence, nudge and control the political and cultural dialogue in the US-- and start wielding that influence early on.

As a responsible journalist, Abamu has asked NetDragon if they are intending to do any of these naughty things, to which the Chinese company replied, "Not us! We're just trying to make some profit here."

Pep So, NetDragon’s Director of Corporate Development, offers one interesting observation about the US education market. Not only is it "mature," but it is unique in that "we have seen patterns like teachers willingly paying annually $500 from their pockets to buy content on their own. Whereas in China we don't see that." Huh. Do tell.

NetDragon hopes to turn Edmodo into a TeachersPayTeachers type business. And when asked about data safety, so replies

Of course we want to protect our users’ data, and we also want to be targeting our users [with products], so that’s always a difficult balance to strike. We don’t have a straight answer about what we can and cannot do and to be honest I don’t think Facebook has one as well.

Which is a ballsy answer, but more diplomatic than, "Hell, you guys don't know what the rules are anyway."

Can the US keep an eye on US data that is now owned by a foreign power? Especially when, as Carter notes, the "lack of transparency" about the what and how of data collection in various online platforms makes it hard for anyone to even begin to know what is going on.

But we do know a few things about the Chinese and data. We know that the Chinese were hugely successful at waving enough money at Google to make them forget the whole "don't be evil" thing and instead help provide more tools for a repressive surveillance state. And we know that China's rulers have long been interested in the idea of giving citizens "social credit" scores based on basically everything they ever do, as monitored by surveillance software, and then using those scores to allow-- or not allow-- certain activities.. These are not good signs in terms of Chinese treatment of US student data.

As I said, we're probably not worried enough.