Fight for Scraps (The Real Causes of the Strikes)

In today's Washington Post, economist Robert Samuelson, lays out his vision of why states like West Virginia and Oklahoma and Kentucky (and Arizona etc etc) are squeezing their teachers economically.

The deeper cause is that teachers — and schools — are competing with the elderly for scarce funds.

As the Boomers age, grandparents and grandchildren will vie for scarce funds. 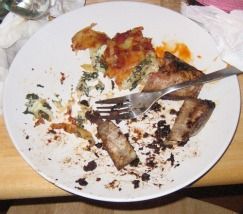 Spending on the elderly is squeezing K-12 schools, police, parks, libraries, roads and other infrastructure (water projects, sewers), mainly through two programs: (a) Medicaid, a joint state-federal program of health insurance for the poor, which pays about half of nursing-home and long-term-care costs for the aged and disabled (on average, states pay about 37% of Medicaid’s costs); and (b) contributions to underfunded pensions for state and local workers.

If nothing else, this may help clarify for some of us why lately there is so much right-tilted thinky tank interest in "fixing" pensions.

But for me it raises another question. If the underlying problem behind all these issues is competition for funding, couldn't we also say that the underlying issue is the lack of funding?

Could we not say that the underlying problem is that too few people are collecting too much of the wealth generated by the economy and paying too little tax on it?

I'm not an economist, but I continue to be mystified at how the country can get richer and richer, and yet states and communities seem to get poorer and poorer. I mean, we've seen some states run their own experiments. Minnesota increased taxes. California increased taxes. Kansas slashed taxes. It has turned out well for Minnesota and California; it has turned out poorly for Kansas. Could it be that taxing done well is helpful?

So maybe it's not necessary to have a cage match between Grampaw and Junior. Maybe it's possible to fund stuff for the aging boomers and also fund stuff for children (like, you know, education) just by collecting more funds.

A sensible society would direct its governmental programs and investments toward preparing for the future. Instead, our emphasis is backward-looking, with more and more support going to the aged. On the other hand, a compassionate and caring society — a civilized society — doesn’t discard its older members just because their self-reliance and social utility have declined.

Teachers and others will continue to battle the demographics. Until we muster the courage to be candid about the choices, we will be stuck in a place we don’t want to be.

Samuelson isn't wrong. But that candid conversation could include one other choice-- we could tax folks a bit more so that we could afford to be both sensible and civilized. We could decide that providing health care for the aged and education for the young are both more important than making sure the 1% keep their vast wealth undisturbed. I'm not a hard-core socialist, nor do I think the government needs to strip every last dollar from every rich person's hand.

But by Samuelson's own framing, doesn't the fact that some states have to choose between being sensible and being civilized-- isn't that a sign that we may have veered a bit too far in the direction of using government primarily to service the desires corporations and the rich folks who run them? Because I don't think there's anything sensible or civilized about a country that makes Grampaw and Junior fight over table scraps while the rich are grabbing more food than they know what to do with.
Posted by Peter Greene at Monday, April 09, 2018
Email ThisBlogThis!Share to TwitterShare to FacebookShare to Pinterest