How To Discredit a Strike

From the list of must-see news is this item in The Guardian that brings us a secret-ish manual for fighting back against the teacher strikes breaking out across the US. But there is good news here-- I'll get to that in a moment. 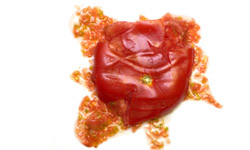 The "messaging guide" is only three pages long, but it includes specific ideas about how to fight back against these crazy teachers and their desire to be paid a decent wage and also work in decent facilities.

The guide cites some "research" from Brookings and an article from Oregon Public Broadcasting that actually cites research about poor attendance.  But the point here is that parents working hourly-wage jobs can't just take off or suddenly get child care. But the guide says to note that it's "unfortunate" that teachers are "protesting low wages by punishing other low-wage parents and their children" when instead teachers should, I guess, punish those families the old-fashioned way-- by standing by idly while the schools that serve low-income neighborhoods are gutted and torn down in tasteful slow motion.

2. We can all agree that good teachers should get paid more.

This is just a re-purposing of an old reformster point. Only good teachers should be paid well, which is why tenure and seniority and salary schedules should be trashed, because if we only have to pay for quality, and we get to define what quality is, then we can get away with paying less.

Other ideas for messaging include:

Address the role of red tape and bureaucracy.

Administrators and non-teaching staff are proliferating. Keep harping on how the money should go to teachers and students, and not these other leaches.

Tailor your message to the specifics of your state.

For instance, since Kentucky teachers sort of kinda got a commitment to try to meet some of their demands, just say, "Hey, you got what you want. Go back to work." And don't forget that old chestnut, "We already spend Umpty-ump dollars on education!"

Most hilarious advice: If your state has increased education spending lately, harp on that. Also, if pigs have recently flown out of your butt, make bacon for breakfast.

Most realistic advice: If you have been busy cutting taxes (while claiming it wouldn't hurt anything), we have to admit that's a tough sell stacked up against visible evidence that public schools are being financially starved to death. But, um, maybe you could try selling trickle down one more time-- we cut taxes and now people are going to make more money and pay more taxes which will fund... you know what? You're on your own.

This all comes courtesy of the State Policy Network, and if you've never heard of them, well, know that they are pursuing "a vision of an America where personal freedom, innovation, opportunity, and a more peaceful society help all Americans flourish." Need to be further impressed? Well...

Founded in 1992 by Tom Roe at the urging of Ronald Reagan, State Policy Network (SPN) is the only group in the country dedicated solely to improving the practical effectiveness of independent, nonprofit, market-oriented, state-focused think tanks.

They are tied closely to ALEC, and funded by the usual gang, including the Koch brothers, the Roe family, the Coors family, the Walton family, and yes, the DeVos family. The network includes many of our old friends, like the American Enterprise Institute, CATO, and the Center for Education Reform, to name just a few.

So what's the good news?

Here's what I notice in this messaging guide.

There are many messages that the guide does not recommend. I see nothing here about "Keep saying how lazy teachers don't deserve any dam money" or " Why should we lay out tax dollars for a bunch of babysitters" or even "Their work is so simple and unimportant that anybody should be willing to do it for minimum wage." And certainly nothing along the lines of "These greedy teachers are already rich, and they work in buildings that are like the Taj Mahal."

One of the most encouraging factors of all of the statewide strikes is the amount of public support for teachers.

This guide underlines a simple truth-- after all these years of reform and attacks on teachers and assaults on our profession and complaints about our unions, people still like teachers and respect the work they do. It is still bad politics to run right at teachers-- particularly when they are clearly standing up for students and public education.

There's other evidence-- reformsters have tried to lower the bar for the profession, but they haven't tried to replace the profession. For instance, Teach for America still claims to produce teachers-- it doesn't argue that teachers can be replaced by minimally trained content delivery specialists. Likewise, states that have passed laws to allow any warm body into the classroom still call the warm bodies teachers, rather than arguing that teachers can be replaced with something else. Everywhere we look, there have been attempts to twist and alter what it takes to be called a teacher-- but they still keep the name "teacher" because that word still has power, still commands some respect among many people.