Who Will Take the D out of DFER?

DFER stands for Democrats for Education Reform, a group that has the distinction of possessing a name in which none of the words are accurate. 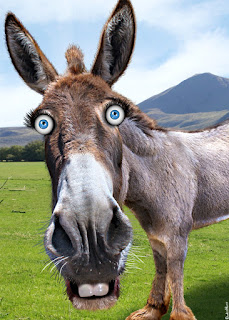 The Democrat part is a fun piece of trivia. One of the key founders of DFER is Whitney Tilson, a big time hedge fund manager (you can read more about him here). Leonie Haimson has a great quote from the film version of Tilson's magnum opus about ed reform, "A Right Denied," and it's a dream of mine that every time somebody searches for DFER on line, this quote comes up.

“The real problem, politically, was not the Republican party, it was the Democratic party. So it dawned on us, over the course of six months or a year, that it had to be an inside job. The main obstacle to education reform was moving the Democratic party, and it had to be Democrats who did it, it had to be an inside job. So that was the thesis behind the organization. And the name – and the name was critical – we get a lot of flack for the name. You know, “Why are you Democrats for education reform? That’s very exclusionary. I mean, certainly there are Republicans in favor of education reform.” And we said, “We agree.” In fact, our natural allies, in many cases, are Republicans on this crusade, but the problem is not Republicans. We don’t need to convert the Republican party to our point of view…”

That's the beauty of a label like "Democrat"-- anybody who wants to use it can use it. Now, there's little doubt that the corporate wing of the Democratic Party has long known that when it comes to education, they were largely indistinguishable from the GOP. At this stage, we can talk about the Bush-Obama education reform program as the one seamless thing it always was, and for some folks, it's a useful way to frame ed reform to look as if the DeVos agenda is radically different (spoiler alert-- it's not).

But recently something unusual happened. Last weekend, the Colorado Democratic state assembly overwhelmingly rejected DFER's agenda and told them to take the D out of their name. Here's the platform amendment they pushed through:

We oppose making Colorado’s public schools private or run by private corporations or becoming segregated again through lobbying and campaigning efforts of the organization called Democrats for Education Reform and demand that they immediately stop using the party’s name Democrat in their name.

The battle, as Erica Meltzer wrote for Chalkbeat "revealed a growing divide among party activists and establishment politicians on education policy." Colorado's DFER chapter is loaded with establishment Dems, while the roomful of actual Democrats was not. Speakers against DFER included people like Vanessa Quintana, whose own high school education had been creatively disrupted by ed reform in the state:

“When DFER claims they empower and uplift the voices of communities, DFER really means they silence the voices of displaced students like myself by uprooting community through school closure,” she told the delegates. “When Manual shut down my freshman year, it told me education reformers didn’t find me worthy of a school.”

Only two people spoke up in favor of DFER, but some DFER supporters are not too concerned. You have to read all the way to the end of the Chalkbeat article, but once you get there, you see the strategy that DFER and reformsters like them have always focused on:

Van Schoales, a DFER board member and CEO of A Plus Colorado, an education reform advocacy group, called it a “symbolic attack,” but he believes support for policies like school choice and charter schools remains strong among Democratic elected officials.

In other words, as long as they keep a hold on the politicians, it doesn't matter what actual Democratic Party members want. This is a symptom remaining from when, as Jennifer Berkshire puts it, "education reform ate the Democratic Party" and somehow Democrats became one more anti-union, teacher-bashing group of public school privatizers. Will the party figure out where it should stand on education policy? The time is ripe for them to get a clue, and with any luck, Colorado is a harbinger of things to come.
Posted by Peter Greene at Thursday, April 19, 2018
Email ThisBlogThis!Share to TwitterShare to FacebookShare to Pinterest