"Can you just handle this but leave my name out of it?"

I'll bet most union local presidents have heard some version of that phrase at least once. Teachers tend to be non-confrontational authority-respecters, so when the People In Charge do us wrong, we want the problem to go away without us having to make any trouble.

The thing is, at that point, the trouble is already made. The only question is how we are going to handle the trouble. 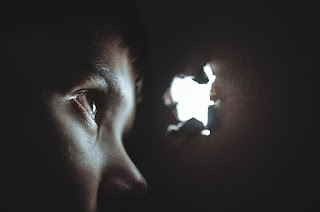 Some of the worst administrators in the country are enabled by their staffs. I don't that they're enabled by toadying co-conspirators, like the hyenas in the Lion King-- though those types certainly exist. No, I mean the teachers who simply do nothing, record nothing, report nothing. I mean the teachers who call their union leaders and say, "My principal said this highly unprofessional thing to me and too this abusive action against me, and I want to make him stop, but I don't want my name attached to it and don't mention the specifics or he'll know it was me." Which means the union leader is left going to the district with a complaint of, "Somebody did something wrong to somebody sometime in one of the buildings." Not surprisingly, this gets few results.

It's not my intent to blame victims here. There are states and districts and schools where the power balance is way out of wack and teachers can't voice the slightest complaint without risking their job (this is, of course, true at almost all charter schools). I don't envy anyone who has to make a choice between calling out unethical behavior and putting food on their family table.

But there are also situations in which the teacher in question wants to keep things quiet because "he'll be mean to me" or "he'll yell at me." There are schools where teachers volunteer hundreds or thousands of hours of work for free, complain bitterly about it to each other-- but then keep doing it, hoping somehow that administration will see that this makes the teachers sad, and so will be moved to stop making such requests.

Here's a rule you can absolutely count on-- if you say nothing and do nothing, nothing will change.

Every time Principal Asshat is abusive to staff and nobody says or does anything, he gets the message that he is free to be just as abusive as he wants to be. If you think silence, appeasement and avoidance will lead to a morning when he wakes up and says, "You know, I think I should stop being an abusive asshat today," I have aa bridge over some swampland to sell you.

The teachers or West Virginia, Colorado, Arizona, Oklahoma and Kentucky waited for a long time for their legislatures to stop being abusive asshats. It didn't work. Walking out and calling them out seems to be producing better results than suffering (or quitting).

1) You've already got a cancer in your building, and it will not improve on its own. You didn'r ask for it,; you didn't create it-- but it's there. You have only two choices-- you can either make things better or make things worse. Doing nothing just lets the cancer grow. Things will get worse.

2) Never underestimate your ability to be a counter-friction to the machine. The old playground rules about standing up to bullies still apply.

True story: In one district, a principal decided to flex her boss muscles over her two buildings, so she started calling nuisance staff meetings at the end of the day, so that between student dismissal and teacher dismissal, teachers couldn't get work done. At School A, the teachers showed up for the every-other-day meetings, sat politely but sadly, complained to each other afterwards, and a couple asked the union to "do something but leave my name out of it." At School B, the teachers showed up for the meetings with their stacks of papers from the day, and as Principal Asshat rambled on about nothing, the teachers all had their heads down grading papers. Guess where the principal decided to stop having meetings first? Yes, School B.

I'm sure there are other stories (feel free to share them in the comments) all the way up to teachers who have had to stand up to their bosses in court. Other teachers look at these sorts of things and say, "I just don't want that kind of trouble. I don't want to stir things up."

But sometimes trouble finds you. It may well be that your preferred choice would be for there to be no trouble, but sometimes that choice isn't available. You can only chose from among the options that you have, and it is sadly true that administrators and politicians can remove all the desirable options in a situation.

If you're still reluctant to stand up, this is the time to remember that your working conditions are students' learning conditions. One of the things students learn at school is how grownups function in the workplace. And everything else they learn is colored by the atmosphere of that workplace. What do you want your students to learn? And what kind of atmosphere do you want them to do their learning in?

Look-- I'm not saying to get yourself fired over a policy about how many copies you're allowed. And I'm not saying you should raise a giant stink every time you don 't get your favorite parking space or the cafeteria runs out of your favorite flavor of ice cream. That really is making trouble. You have to be smart about how you pick your battles and how you fight them.

When things are really wrong, doing nothing doesn't help. And we have an obligation to our students to speak out and stand up.
Posted by Peter Greene at Sunday, April 29, 2018
Email ThisBlogThis!Share to TwitterShare to FacebookShare to Pinterest