This time it was Steven Singer, who published a blog post taking a characteristically fiery stance against privatization of schools. Steven was tossed into Facebook jail for, maybe, a week. Why is not exactly clear. Sure, he took a stance against privatizing education in the House of Zuckerberg (which currently employs Campbell Brown to help them sort this stuff out). But it's not like it's the first time he's taken such a stance (hell, it hasn't been that long since he depicted Trump as a pile of poop). And it's not like he's the only person to do so-- so why now, and why this post? 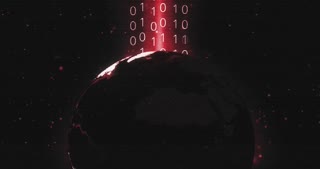 Singer's plight brought up the story about the Network for Public Education's attempt to place an advertisement buy on Facebook to counter "School Choice Week." NPE was apparently permanently barred from such activity. Why, exactly? Nobody really knows.

And these things happen. You may recall a while back that many bloggers posted various quotes and summaries of PARCC test questions. I could link you to my own post, except that blogger, my blogging platform, took it down. Ditto for most of the other posts on the subject. Blogger is owned and operated by Google. Why, exactly? Copyright infringement, except that many of us described the questions in only the broadest terms.

If you frequent Alternet, you've been greeted by a panel that points out that Google's new attempt to clean up their algorithmic news act seems to have aimed the big broom primarily at progressive sites-- like Alternet, which has seen a precipitous drop in traffic.

Meanwhile, the Atlantic points out that Facebook and Google fail us in times of trouble-- supposedly because most of the critical decisions are made by algorithms and not human beings, with the caveat that algorithms are the product of human beings and literally codify whatever biases those human beings bring to the software-writing table. And if you want to have some extra credit fun, just Google "Is Facebook too big..." and watch the articles pile up from over a decade's worth of concern.

There are several lessons to be learned here, but probably the most important one is that social media are not values-free wide-open unbiased platforms. They are not a public utility. They are private businesses unlike any we have ever seen, and as such make decisions based on business concerns. It would be a mistake to assume that they will always be there, always willing to push our own particular viewpoint. That also means that advocates of a cause should think really really hard about demanding that so-and-so be banned from the platform, because once we accept and promote the idea that these platforms be available only to people with acceptable points of view, we run the risk of someday being found unacceptable. So it works kind of like, you know, freedom of speech-- everybody gets it, or nobody gets it.

The other important lesson is have a Plan B, and be well networked. When word spread through the community that Singer's piece had been squelched, umpty gazzilion people posted it in his stead. If he were a solo artist, laboring in unheralded obscurity, his piece would simply have vanished. So it's important that we have each others' backs.