There are some obvious differences. For instance, some folks think that the purpose of an education is to create a well-rounded, self-actualizing individual who has a deeper understanding of the world and how to make one's way through it as a human being. 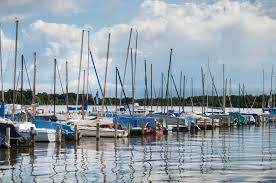 We also have folks who think that the purpose of education is to prepare students to get a job and please their future employers. These, unsurprisingly, are folks like the Chamber of Commerce and other representatives of the business community, who are hoping for a fuller pipeline of drones for their jobs. Should workers have a life beyond the workplace? Not their problem. This is not new-- it's been an issue since Andrew Carnegie told his factory workers that A) for the good of the company they must work twelve hours a day, seven days a week and B) they should enrich their lives with rewarding leisure activities and self-education through a local library.

And we have members of the Cult of Testing who believe that the purpose of school is to prepare students to take a Big Standardized Test. They make themselves comfortable with this narrow and cramped definition by telling themselves that the test score is a valid proxy for "student achievement" or other educational goals. They are kidding themselves.

Let's dig past that.

As charters, choice, and vouchers gain more ground in the educational world, some observers note with alarm that all of this takes us closer to a two tier system, where the folks on top get a full, rich education and the folks on the bottom get a narrow, meager, underfunded training to suit their future (possible) employers. But for some, a two-tiered system is exactly the point.

What we have here is a failure to share the same fundamental goal for education.

For some folks, the goal of education is to lift all boats, to bring all students forward, to bring every single one to a better life, to be more successful, and more fully themselves. And that is supposed to happen for every single student. Everyone should rise.

For other folks, education is about sorting the worthy from the unworthy.. It's about making sure that everyone gets what they deserve, and it sets that goal on top of a foundation stone that says not all people are equally deserving.

The risers and the sorters will both talk about better schools for the non-wealthy and the non-white. But risers believe schools should be made to lift everyone in poor, underserved communities. Sorters believe that the system should allow those who deserve to get ahead to do so, but they assume that not everybody (probably not even the majority) will prove themselves worthy.

Vouchers and charters won't "rescue" everyone-- but that's okay, because not everyone should be rescued. Just as with welfare and health insurance for all, some folks think that the best education should be provided for everyone, and some people believe that the government has no business taking my hard-earned money to provide Nice Things for people who haven't earned it.

Sorters are drawn to a business model because the market also sorts. Do you want a Lexus? You'll have to earn it.

So at the root of the education debates, we find people who have a fundamental disagreement about what government and public education are supposed to do. For some, the role of government is to establish a system that doesn't stop the virtuous and hard-working and clever and, well, just better from getting ahead (of everyone else). Pointing out to them that vouchers and choice create a two-tiered system is like telling someone that their new haircut makes them look really attractive-- you can't be surprised when they react by being pleased.
Posted by Peter Greene at Wednesday, October 25, 2017