It takes two reviewers at the Atlantic-- James Forman Jr. and Arthur Evenchik-- to gush over Michelle Kuo's Reading with Patrick, with their review ending with the observation that
"in all of the literature addressing education, race, poverty, and criminal justice, there has been nothing quite like Reading With Patrick."

I'm not really sure what part of the book exactly that judgment is based on. 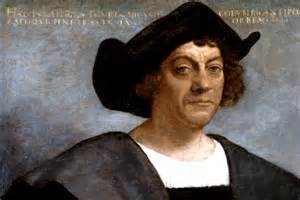 Is it the part where an ivy league grad signs up for Teach for America and discovers that her degree and a few weeks of training don't make her effective in the classroom?

Is it the part where the students in the classroom turn out to be complex and deep human beings who experience a (apparently surprising) full range of emotions and are capable of deeply touching moments of humanity?

Is it the part where she puts in her two years and then leaves for her "real" profession (in this case, lawyer and memoirist)?

Is it the part where she discovers that the effects of poverty are deep and wide and complicated and not easily cast aside in just nine months, no matter how shiny your ivy league degree is?

Is it the part where despite the fact that she has not earned the title either by training or experience, she goes ahead and calls herself a teacher anyway?

Or is the "hard won wisdom" that allows her to realize that to matter in other peoples' lives requires more than a drive by?

Because, I have to tell you guys, I've seen all of these stories hundreds of times. The fact that Kuo tells a tale more nuanced than the infamous Onion TFA pieces doesn't mean she isn't working the same old territory. And while Kuo seems to be a decent writer, she doesn't appear to have gleaned any insights that aren't already possessed by millions of actual teachers (the majority of whom stuck around long enough to actually get good at the job).

Kuo's decision to tutor a student who had been in her classroom but later found himself in jail for murder-- that's an admirable impulse, and makes up the large part of the book. And Kuo has since devoted her professional career to some social issues, and now teaches at the American University of Paris on issues related to race, punishment, immigration, and the law. So I'm inclined to assume that she is a decent person with her heart in the right place.

But only in teaching do we get this. Students who drop out of their medical internship don't get to write memoirs hailed for genius insights into health care. Guys who once wrote an article for the local paper don't draw plaudits for their book of wisdom about journalism and the media.   But somehow education must be repeatedly Columbusized, as some new tourist is lionized for "discovering" a land where millions of folks all live rich and fully realized lives.

It's possible that I am simply reacting to my own biased, inflamed nerve. Had this been pitched as a book about a lawyer, or a Harvard grad (twice), or at least not one more uncritical TFA tale. But the book that the Atlantic pitches is, despite the reviewers' insistence to the contrary, a story that I do know already, and have no desire to read again.

The authors of the original review were kind enough to submit a response. I was going to run it in the comments section, but it turns out there's an upper limits to characters in a comment. Who knew? So instead, I'm simply going to add their comment here.

Thank you for offering us the chance to respond to your post about our review of Reading With Patrick. When I consulted James about your invitation, he wrote back with an essential point, drawing on his own recent experience as an author.

This past spring, James published his first book: Locking Up Our Own: Crime and Punishment in Black America. The book was widely praised, and reviewers were especially impressed by James's stories about clients he represented during his six years as a public defender in Washington, D.C. Eventually, James left the Public Defender Service to become a law professor, but his experience there has deeply influenced his subsequent career and his scholarship.

With this in mind, James wrote (regarding your post):


How many years is enough for you to be allowed to write? Nobody attacks me for only having 6 years as a PD. Matthew Desmond [the author of Evicted] won a Pulitzer and he was never homeless. I'd rather consider writing for what it says.


This way of thinking ought to appeal to you. On the "About" page of your blog, you write, "I never automatically rule anything out or in just because of the source." But you haven’t followed this principle in your response to our review. You rule out Reading With Patrick because Michelle Kuo is a former Teach for America recruit who left the classroom after two years. She has no right, you insist, even to call herself a teacher, let alone to write about teaching. Nothing she says will come as news to genuine teachers -- the only ones who deserve to be heard. And "The fact that Kuo tells a tale more nuanced than the infamous Onion TFA pieces doesn't mean she isn't working the same old territory."

To James's point, I would add these thoughts:

1.    As our review indicated, the heart of Kuo’s book concerns the seven months she spent tutoring an incarcerated former student, well after she had left TFA. (At this stage in her narrative, she also acknowledges the dismal fates of other students whose lives she manifestly failed to change.) Her portrait of Patrick is astonishingly perceptive and multifaceted; she never reduces him to a mere object of her solicitude. As James and I read her account of their sessions together, it resonated with our own memories of our work with students at the Maya Angelou Public Charter School in Washington, D.C., which James co-founded. These are some of the reasons we felt motivated to praise her book so highly. We thought that anyone who got beyond the opening pages of Reading with Patrick, or the first few paragraphs of our review, would recognize that she wasn’t merely “working the same old territory.”

2.    One of the great challenges we faced as reviewers was selecting passages to quote. There is one scene in particular that we couldn't make space for, but that speaks to some of your misgivings about the book you imagine Reading With Patrick to be.

Here's the context. The reader learns, early on, that while Kuo was teaching at the alternative school, she and Patrick appeared in a PBS documentary. After she returns to Helena, she encounters a man in a grocery store aisle -- an educational consultant from out of town, accompanied by two friends -- who recognizes her from the film. He says:


"I showed it to teachers in a workshop and used it as an example of the key of keys -- care. The student in the movie, he used that word to talk about you, to explain why you made an impact on him. I told them a teacher's care could change someone."
At this, his friends nodded gravely, as if this were an original thought. I nervously guessed at what was to come next: What kind of consultant session involves showing some film and telling teachers to care? Few teachers like to be told that other teachers care more than they do. And I didn't care more; I had left.
"So then one teacher got offended; she thought I was saying something about her." Now the man grew agitated, the conflict surging in his memory. "She said that kid didn't change at all. She said he murdered someone and is in jail now. Then she got up and left the room."
Expectantly, the three faces turned to look at me. They were waiting, I realized, for me to confirm or deny that disgruntled teacher's account. This is what it came down to -- true or false. Patrick had either killed someone or he hadn't. Caring could change a person or it couldn't. I thought they were naive, but maybe I was no different.
I had not intended to talk or even think about anything that mattered to me this morning. Now, in my gym shorts and silly headband, I had been ambushed in a fluorescent aisle of Food Giant by a stranger who wanted to know what happened. What happened was just facts; it was nothing of the inner life, nothing of a person's complex regrets or intentions. But for them, what happened was a shorthand for understanding who he was.


I hope you can tell from this passage that Kuo is not presuming to speak to or for the teaching profession. She doesn’t set herself up as a representative figure or as a role model (“I didn’t care more; I had left”). She scorns the consultant’s sentimentality but doesn’t claim to have always been immune to it herself. She does, however, insist on the value of caring about and building a relationship with Patrick. In this way, she counters the reductiveness of those visitors in the grocery aisle who know nothing of his inner life, nothing of his “complex regrets or intentions.”

Even though James and I didn’t write about it directly, this passage and others like it shaped our response to Reading With Patrick. We think it transcends a cliché that you identify in your post: the novice teacher discovering that students are “complex and deep human beings who experience a (apparently surprising) full range of emotions and are capable of deeply touching moments of humanity." In our view, there can't be too many books that affirm the humanity of devalued young people like the ones Kuo taught in the Delta.

We did not praise Reading With Patrick because we are indifferent to the experience and testimony of seasoned teachers. We weren't taking sides with TFA against its critics, some of whose concerns we share. We were just (in James’s words) considering the writing for what it said.