PA: Urgent! Vouchers Are Back

Tomorrow morning, the Senate Education Committee will be once again considering a bill to promote vouchers across the state of Pennsylvania, and to pay for them by stripping money from public schools. If you're in Pennsylvania, drop what you're doing and call your Senator today.

SB 2, Education Savings Accounts for Students in Underperforming Schools, sets up vouchers with  no oversight and an extremely broad criterion for how the vouchers can be spent. According to the official summary, voucher money may be spent on

1) Tuition and fees at a participating private school;
2) Payment for a licensed or accredited tutor;
3) Fees for nationally norm-referenced tests and similar exams;
4) Industry certifications;
5) Curriculum and textbooks; and
6) Services to special education students such as occupational, speech, and behavioral therapies.

So anything from private school tuition to buying books for home schooling to sending a child to massage therapist school.

Money can be carried over from one year to the next, and if there's still some left at graduation time, the money may be used for higher education costs. 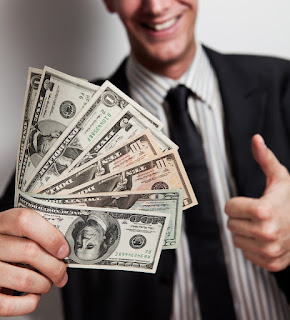 The amount placed in each child's Education Savings Account will be the per-pupil amount of state money spent in the district, with corresponding funds subtracted from the district's state subsidy payment (this is all, of course, assuming that the state legislature can get its act together and actually make those payments).  This amount varies wildly by district, but in no district is way up there as Pennsylvania has one of the nation's lowest rates of state support for public schools. That means local districts make up the difference, which means the poorest districts can least afford to lose state money to a voucher bill.  In the meantime, a few thousand dollars will not get your child into a top private school-- but it will let you buy some nice books for homeschooling.

This bill is also a potential windfall for parochial schools. As we've seen in other voucher states like Indiana and Wisconsin, the vast majority of voucher money ends up in private religious schools, supporting students who were never in public school to begin with.

But hey-- it only applies to schools on the Pennsylvania naughty list, right? Have you seen the Pennsylvania naughty list? It is just under 800 schools long. Take a look. In my county, two school districts are on it, including the district where my wife works. If this bill became law today, tomorrow a whole bunch of money would move from those districts' state support to the local Catholic school, the local private Christian school, and local homeschoolers-- even though not a single student changed enrollment.

The Pennsylvania Association of School Business Officials already has an action alert up, if you want a quick and easy way to send word to Harrisburg. They also note some other features of the bill. For instance, once a child is enrolled, even if the school district of origin improves, or the child moves away entirely, the child keeps the voucher/savings account. And as an extra bonus kick in the teeth, the public school district must provide the student with transportation within  a 10 mile radius.

This bill is bad news, and would have an immediate and damaging effect on school finances across the state. It is an attack on public education. And conservatives really shouldn't be fans, either-- this bill provides zero accountability, and our tax dollars disappear down a black hole where we have no say and no knowledge of how they are spent. A family could decide that it would be educational for Junior to go to Disney World, and your tax dollars would pay for it.

You can check here to see if your senator is on the Senate Education Committee, which will be considering this bill tomorrow. Since the bill is sponsored by committee members, its chances look good and the press will be on for the full senate. The bill's main sponsor is John DiSanto (R), who unseated a Democratic incumbent last fall and who has been announcing his intent to bring vouchers to Pennsylvania.

This is not the first time someone has tried to push a voucher bill, and it won't be the last. But it is time, once again, for defenders of public education to hit the phones. Even if your senator is not among those who will act on the bill tomorrow, chances are good that he'll be looking at it a bit later. Let him know that stripping funds from public schools in order to fund unregulated oversight-free vouchers is not okay.


Posted by Peter Greene at Monday, October 23, 2017
Email ThisBlogThis!Share to TwitterShare to FacebookShare to Pinterest