Put this in the "How Teaching Has Become a Different Sort of Job" file.

In Pittsburgh, Janice Watkins, 46, a teacher at King PreK-8 School enforced the school's no cell phone policy by taking a cell phone from a fourth grade student. The parents came to the school and reportedly threatened Watkins. 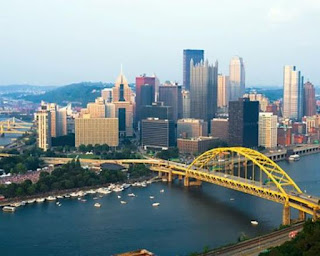 After school, Watkins headed home. At an intersection, the couple, who had apparently followed her from the school, stopped her. Watkins rolled down her window, and the student's mother hit Watkins in the face with a brick. Then the couple dragged Watkins out of the car and continued to assault her until she managed to call 911.

Watkins suffered the loss of a tooth and a hell of a headache. The 29-year-old woman who assaulted her has been charged with aggravated assault, stalking, making terroristic threats and recklessly endangering another person. The man who participated in the assault has not been identified yet.

A spokesperson for the Pittsburgh Public School system said,'"Violence of any kind against a PPS staff member or citizen is unacceptable, and the individuals responsible must be held accountable for such horrifying behavior," and that the people involved in the attack do not "represent the many great parents and families who choose Pittsburgh Public Schools."

But damn. Hit with a brick, in the face, over a cell phone. When people talk about teaching being more dangerous than it used to be, this is what they mean.
Posted by Peter Greene at Thursday, October 19, 2017