Kids are doing short tutorials under teacher supervision. If you don't like it, tell admin. your preference or change schools.
— Bridgett Ellison (@BridgettNews6) October 23, 2017


The above came in response to criticism of the use of ipads in a pre-K classroom. It did not come from a teacher or administrator-- it came from the reporter who covered the story.

The story itself is a puff piece about the injection of ipads into some pre-K classrooms in (where else) Florida, Orange County. 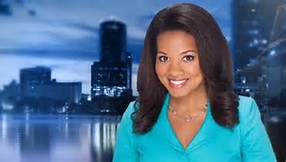 It runs under the heading "Getting Results in Our Schools," a spot sponsored by Crayola Experience, a "family attraction" with four locations around the country. Crayola took plenty of flack years ago for becoming Common Core partners.

The spot devotes less than two whole minutes to looking at the idea of putting ipads in the hands of four year olds, and not a second of that is remotely critical.

Rationale? Well, you know how Kids These Days are already so tech savvy (there's an idea that needs examination) and you know they'll all be using computers some day, so let's get some computers in front of the littlest littles.

These are recycled ipads. Everything on them, reports Ellison, is "curriculum based." The story emphasizes that this is reinforcement, and "not a replacement" for pen and paper or chalk and chalkboard. What the story doesn't do is question why we are trying to stuff four-year-olds full of academic instruction.

"The curriculum doesn't change, we want our 4-year-olds learning their alphabet, to be learning sounds, learning sight words, quite frankly, we want them to start reading as early as possible," Superintendent Barbara Jenkins said.

Quite frankly, what the hell for? There are so many layers of unquestioned bad educational practice here. Academic instruction for pre-K? Not a good idea. Try play instead. Screen time for small children? The research is admittedly mixed, but some authorities recommend as little as 30 minutes per week.

Ellison simply reports that the school thinks that students will get instruction in ways that will be more "fun" because of the computers, which is such a digital non-native thing to say.

Is it the most terrible story ever run? No, but it thoughtlessly amplifies a whole assortment of dangerous assumptions. It's glorified PR work, the kind of thing that can be done by just running a news release from the people you're covering, with no attempt to locate or give voice to other views. And when presented with those views, Ellison fluffed off all responsibility. Have another view or conflicting information? Not her problem. Call your administration or withdraw your child, but don't suggest that she do an actual reporters job.

I kind of get it. Ellison's is certainly not the only reporter guilty of this lazy reportage. School stories were, once upon a time, easy lay-ups, like covering an apple pie factory or pictures of smiling babies. That is no longer the case, and responsible reporters can't just fluff their way through any more. Education is a tough field, filled with lots of bad, unproven, and damaging ideas. Especially in Florida.