Charter Leader: Can We Talk?

Public Source is a news outlet centered in Pittsburgh, and they've been working their way through a series about charter schools. Is it even-handed and balanced? I think you can judge where we are based on this quote from their answer to the reader question, "Are charter schools public schools?"

Nationally, all charter schools are public schools, according to the National Alliance for Public Charter Schools.

Sigh. Yes, and red meat is unequivocally healthy for everyone, according to the National Beef Council. Also, sources within the Ford Motor Company suggest that Ford's are the best cars to drive.

Earlier this week Public Source ran an entry in their series entitled "Charter schools and traditional public schools must work together to deliver on 21st century promise to students." And it comes to us from Ron Sofo, a Pittsburgh charter school principal. Sofo heads up the well-regarded City Charter High School. Sofo's piece has... some problems. But it is an exemplar of a certain point of view, and so worth a look. Let's do that.

The mission of public education in the 21st century is to maximize the probability that all students upon graduation will be college- and career-ready. 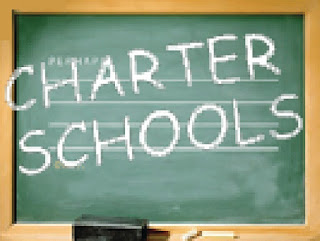 Yikes! I mean, no! No, it's not, or at least, it shouldn't be. This is the narrowing of educational goals that NCLB and Common Core have given us-- education is just vocational training (college is where you go to get trained for the "better" jobs). This is the most meager, narrow, cramped, stilted view of education. He is correct in saying this goal requires some "redesign" of our schools, but only because they were designed for far better and broader goals, like creating future citizens or helping students discover and become their best selves or allowing students to reach their own personal understanding of what it means to be human in the world, to grasp a picture, however incomplete, of the full depth and breadth of human accomplishment and knowledge. The college-and-career-ready baloney narrows it all down to one simple goal-- will you be able to make yourself useful to some future employer. Mind you, being employable and getting a job so you can get paid-- that's all good stuff. But it has never been the only goal of public education, and it never should be.

The core tenets and the primary reason for the state’s charter school system is to provide parents and students with expanded quality choices. These quality choices are especially needed for students and their families that have been underserved by our traditional public school system. Public charter schools can be and, in many cases, are sources of innovation and effective new models of educating all students to high levels.

Also no.  People don't want choices nearly as much as they want good schools. Nobody looks at a great meal and says, "Well, I can't really enjoy this unless I see some other choices" nor do happily married people contemplate their soulmate and think, "Boy, if only I had other spousal choices in front of me."

Sofo is absolutely correct that some populations are "underserved," a lovely passive voice construction that lets us skirt past the issue of who, exactly, is not sending these schools enough financial support and resources. But instead Sofo suggests the argument that if your house is messy and your furniture ugly, the solution is to buy a new house. Sofo is the guy looking into the back seat of his car, seeing a bunch of McDonald's bags and saying, "Guess I have to buy a new car."

If some communities are underserved, maybe we could look at ways to NOT underserve them.

In this same vein, he offers examples of "limitations" of the traditional model:

assigning new teachers to teach in the most struggling schools; Ds being considered a passing grade to earn a high school diploma; a lack of teacher continuity for students throughout the years; and a lack of disciplinary approaches that teach or reinforce collaboration and communication skills.

And again I have to ask-- if these are bad things to do, why do we turn to the solution of opening a whole new school instead of, I don't know, just not doing these things any more. I'd also have to note that when it comes to teacher continuity through the years, charter schools-- who like to tout their ability to hire and fire at will for any reason-- kind of suck.

With one eye on the definition of charters as laboratories of innovation, Sofo attempts a metaphor by comparing schools to school buses and our educational goals to a moon landing. "Would we expect a traditional mode of transportation like the yellow school bus to take any person to the moon?" he asks.

I have two problems. First, college and career ready is not a trip to the moon-- it's a trip across the street. Second, and more critically, a school bus is a physical thing, an object that cannot be easily modified into another physical object. A school district is an organization, not a physical object, and we can modify its function far more easily than we can rebuild a bus.

Charters schools, by law, are expected to be innovative. If they are not, the charter should not be issued and they can be closed for lack of effectiveness. It rarely happens to charter schools, but it seems even more unlikely for traditional neighborhood public schools.

Well, that's correct. Charter schools in PA are supposed to be innovative or else they'll be closed. Except they're almost never innovative and almost never closed. So I'm not sure what his point is here, because it seems to be that the whole chartery innovation thing isn't really happening, in which case, I absolutely agree.


But his school has totally innovated, by having teachers in core subjects stay with the same students for four straight years. The innovation of looping has been around for years, however, and any public school could do it (like block scheduling, there are strong arguments both for and against the practice). Sofo also enjoys the "innovation" of non-tenured teachers who have to scramble for "merit" pay (tell me again how teacher continuity is important).

But Sofo gets some things right. He acknowledges that the sharing of innovation isn't happening. And he is honest about the big financial lie of the charter system-- that we can run several parallel school systems with the money we used to spend on just one-- calling the charter law a "tremendous unfunded mandate." And he notes that our legislature is "stalled" which is true for both this issue and every other governmental function (including, incredibly, finishing a budget and spending plan for the state).

Sofo does get this part-- collaboration among the systems will be a hard sell as long as legislators set public and charter schools as competitors in a zero-sum game. And nobody is ever going to stand up in Harrisburg and say, "Look, if we want multiple school systems, we'll need to raise taxes to fully fund them."

He'd like to see all the "stakeholders" sit down at a table and work on those innovative things, despite, I guess, the fact that the many players are set up to be competitors, and that there is no universal agreement on what the school's are supposed to be accomplishing. It's hard to get people to sit down at a table when they're concerned about being the meal.

Nor is it clear what the benefit is here for public schools. It's hard to start a conversation with, "Let's talk about how you and I can work together to benefit me."