Whenever we talk about That Thing That's Being Pushed-- the thing that is sort of competency based education and and sort of personalized learning and sort of cradle to career pipeline and sort of Big Brother data mining your entire life-- we inevitably run into the idea of blockchains. If that part leaves you a big befuddled, join the club. I'm going to attempt an easy-to-follow yet reasonably accurate explanation  of what's going on, because I think it's worth understanding. Blockchains are shaping the education conversation just by their very nature-- and they are not politically neutral, either. This may not make you feel any better, but at least you'll understand a little better what's going on when blockchain is discussed.

Blockchains emerged hand in hand with bitcoins, a so-called cryptocurrency, that had been hinted at in SF literature (go read some Neal Stephenson, like the short story "The Great Simoleon Caper" or the absolutely awesome novel Cryptonomicon). It appeared in 2008, created by a pseudonymous computer guy/group Satoshi Nakamoto. 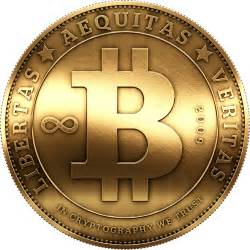 Bitcoins do not physically exist, which is not that crazy an idea when you consider that your paper currency is just a piece of paper, and mostly you handle money electronically, anyway. Bitcoins exist on a ledger, maintained in the cloud on a variety of computers (nodes) but without any central authority. (IOW, there's no bitcoin main server parked somewhere).

At one point this decentralized bookkeeping seemed like crazy talk, but we've been sliding rapidly toward it. The easiest available comparison is a google doc. In the old days, if you and I wanted to collaborate on a document, we'd have to send it back and forth and back and forth, with each send creating a new copy (and a need to keep track of them). Now we'd just create a google doc that we could both work on. There's only ever one copy, and we can both manipulate it at any time.

A bitcoin ledger is like that, with one huge difference. It requires huge and complicated security, a level of encryption (hence "cryptocurrency') that makes my head hurt. Not all the attempts to manage the system worked out at all, causing some early bitcoin "crashes," but one approach has held on. The blocks of bitcoin data were linked through a heavy encryption to earlier versions of the ledger, as well as a series of encryptions that "certified" each transaction. Those blocks of data, connected through a chain-- well, yes, here we are at blockchain.

What these folks believe they have is a hackproof unified ledger that can be updated reliably. Bitcoin fans believed that they now had a system that would keep their currency stable, universal, and unaffected by the slings and arrows of national politics and monetary policy. No government necessary to issue, certify or control currency. The system even generates its own currency through performance of the crypto-problems that maintain the system-- bitcoins are "mined" and not "isssued."

But folks also saw huge potential in blockchain itself. Here, they said, was the ultimate digital strongbox-- permanent, universal, and utterly secure. Transparent and incorruptible. It could handle all kinds of commerce.

And, some blockchain advocates believed, it could store identity information.

There is a serious Libertarian feel to the blockchain world-- the decentralized dependability means that no centralized authorities of any type are needed, No governments needed for money supply. No central authorities to create and certify information about individuals.

You can see how easily this idea lent itself to the notion of needing no central authority to authorize or create educational certification. Education can be mined, found, certified, tracked and recorded without any central authority needing to intervene. We would never need official schools or certified teachers or even diplomas ever again. Your various trainings would just become bits in the blockchain of your life, and your value, your worth as a future employee or member of society would be right there in your digital permanent record.

Not everyone believes in the power of blockchain. Some folks believe it could become the basis of a whole second internet, a completely new techno-evolutionary jump forward. To which other folks say that blockchain is not the next internet, but the next Linux-- nerdy, obscure and ultimately unable to make the jump to widespread mainstream use.

And there are certainly issues to sort out. An amount of currency is a simple piece of data, a one-dimensional bit to store. To make such a system work for the full broad spectrum of human skills and aptitudes, we'd have to flatten all those qualities to simple, single dimensions. Reducing "pretty decent novelist" or "fine jazz player but not strong in the classical repertoire" or "great teacher of seven year olds but not quite so great with fourteen year olds" or "decent diagnostician of pulmonary system ailments with an excellent bedside manner and a good team player"  to simple data points is a real challenge-- but there are people trying to meet it, to flatten every skill set in the world into little mini-competency badges that will fit the system. And not just the functional skills, but the social-emotional domains as well, so that the full complexity of a human's character and personality can be reduced to data points as well.

Because that's one of the things that's different about CBE this time around-- the tail is wagging the dog. As is too often the case, the system is being designed around what the technology can do, and not being designed about what needs to be done.

And if you don't think people aren't working hard to make this all real, look at The Ledger, which imagines this system in place a decade from now. Every person a "teacher" and no schools in sight. Plus, the very act of being educated turned into a transaction. And your whole value reduced to a set of digits.

See. I told you it wouldn't make you feel any better.