Are Charters a Rural Solution

In a piece that has circulated a bit, Karen Eppley, an associate professor of curriculum and instruction at Pennsylvania State University suggests that charter schools might be the solution to many rural education problems.

While the article is not as gung-ho about charters as the title suggests (I know-- writers rarely get to pick their own headline), it still misses some critical points. 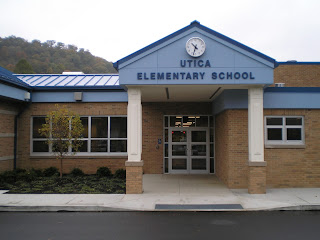 According to this 2013-2014 report from the Rural School and Community Trust, about a third of our schools are rural, and about one in five students attend a rural school. So this is worth discussing. Eppley wryly notes that Betsy DeVos brought attention to rural education with her observation about bear protection in Wapiti, Wyoming, but her policy goals might have a more far-reaching effect. Fair enough.

Eppley touts her rural bona fides and notes that rural education has been an important part of rural American life. She's got that right-- my own children attended little Utica Elementary, a school that, along with the volunteer fire department hall, served as a community center. On the night that the school held its talent show, art show, and ice cream social, everyone in the village would be there, whether they had a child in the school or not.

Despite the positive impacts of schools on rural communities, 150,000 rural schools have been eliminated through closure or consolidation since 1930. Rural schools are closed primarily in response to budget cuts and low enrollment.

Eppley's correct, though by going back to 1930 she oversells her case. As she should already know, numerous rural schools were eliminated in Pennsylvania in the 1960s. Previously, every township in PA had a school district, but the state did some serious arm-twisting to encourage consolidation. My current school district is the result of combining the city school district with several surrounding small districts, including Utica, which originally had its own tiny high school. The 1960s consolidations were not about money or enrollment so much as a policy change about what a school district should look like (and the emergence of dependable transportation options.)

Eppley then moves to a capsule history of the charter school movement, offering her own theory about what is happening right now--

The increasingly charter-friendly environment can be traced to an ideological shift: While public education was once seen as a key to democracy, it is increasingly seen as a tool of efficiency and economic competitiveness. This change has created prime conditions for the school choice movement — and for the creation and expansion of charter schools.

But rural charters are a different animal. Eppley notes that while urban charters are often chain operations (eg KIPP), rural charters are more likely to be community-based mom-and-pop operations, sometimes as a delaying action against the loss of a local school. I have seen this as well-- just up the road a community's elementary school was closed; a community group formed to resurrect it as a charter. The idea here is to resist consolidation and keep those community ties alive and thriving. And so far I'm with her. But I think she's missing a couple of points.

First, while it's true that school closings are often driven by financial issues, budget issues are themselves often driven by charter funding. Charter chains-- with one exception-- are not descending on rural areas because that's not where the money is. But the exception is huge-- in Pennsylvania, cyber charters are draining rural districts of hundreds of thousands, even millions of dollars.

My own district is a fine example. A few years ago, we closed two elementary schools in hopes of saving about $800K. Our cyber charter bill that year? About $800K. The huge loss of public tax dollars to profiteering cyber schools is doubly galling because these cybers can't even do the job. Study after study has concluded that cyber schools fail to educate their students, many of whom return to us in the public schools, or simply never graduate at all.

Eppley correctly notes that rural charters will not unleash the power of free market competition because there is no competition there-- there are few choices for rural schools. And she makes the observation that unlike the case with urban charters, rural charters can actually be a tool for establishing local parental control. For that reason, they are often inefficient and can be dogged by financial problems if for no other reason than they are being run by amateurs.

But then there's this:

Until educational, social and economic policies are implemented with rural communities in mind, rural citizens should continue to work to break down barriers for more socially just rural schools and communities — in the same way that urban citizens have.

Given the amount of research that shows urban charters fostering more segregation, I'm not sure exactly what she's talking about. Nor is it clear what barriers need to broken down in rural schools where, precisely because there are few choices, all students are squooshed together into the same facility.

Eppley does early in the article note the "emerging research suggesting that charter schools may have lower academic performance and negatively affect the finances of the home district." But then she moves on, arriving somehow at the notion that rural schools can be helped by charters. However, the negative effects, particularly the financial ones, are strongly felt in rural areas. One of the great central inefficiencies, the foundational lie of modern charter systems-- that we can somehow fund two or three or more parallel education systems with the same money that barely supported one system-- is magnified in rural settings where money and resources and student populations are already stretched thin.

A couple of years ago, Utica's elementary school joined the other two in being closed down by my district. In  less than a decade, we have gone from six elementary schools to three, partly due to declining enrollment, and in a larger part due to financial pressures. Now small communities have been hollowed out a bit more, and we are still struggling to stay ahead of the financial squeeze. It is hard to imagine how having to stretch taxpayer dollars to run a few more schools in the district would be helpful in any way, particularly when sending tax dollars to charter operators is one of the reasons we're under this pressure in the first place. There's a reason that financially strapped school districts close schools rather than open more-- you don't save money by paying for more schools. Charter schools are not a solution-- they are a huge part of the problem.