Which Reformy Thing Most Needs To Die 2 ? 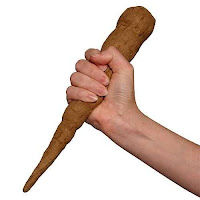 A little over two years ago, I took a look around the reformy landscape to judge which pieces of the Giant Ed Reform Monster were actually the largest threats to public education in this country. Now that time has passed and arguments have shifted, I thought it might be a good time to take another look. Ratings were given in hydra heads, rating to what degree each policy was an Evil Bloodsucking Monster That Must Be Killed scale.

VAM remains one of the great threats to public education. And I want to be clear-- when you threaten the professional existence of public school teachers, you threaten public education. If you try to drive all the doctors out of practicing medicine, you are degrading and attacking health care in this country, and when you try to de-professionalize, de-stabilize and de-stroy teachers in this country, you are degrading and attacking public education. At this point, from its rejection by assessment and education professionals, to its defeat in court, VAM has shed any possible pretense of being a legitimate means of evaluating teachers and stands revealed for what it always was-- a way to destabilize the profession and get rid of public school teachers. It remains one of the big threats to public education.

Previous rating: 5 EBMTMBK
Well, I missed this call. I predicted that the modern charter movement would fall victim to its own failures. I seriously underestimated the degree to which charters would use lobbying, marketing, connections and money to keep themselves in business. So now we sit with the cyber-charter industry proving to be an abject failure and under attack even by the rest of the charter industry, and still no law-makers are seriously proposing to just get rid of the hugely expensive failed cyber-school experiment. Charter schools have proven to be cockroaches-- cockroaches that breathe free market fire and chew through all the electrical cables in the basement. In many places, the charter movement poses a threat to our very definition of public education, threatening to turn public schools into a dumping ground for Those People. And in other places, the charter movement poses a threat to the very existence of public education at all. The biggest irony is that it doesn't have to be this way-- charter schools could be a force for good in the educational landscape. But not as long as they are engines for using faux free market forces to chew up schools and turn them into money-making operations run by education amateurs. In terms of preserving the entire institution of public education, charters may be the biggest threat we face.

Previous rating: EBMTMBK 7
It turns out that all anyone had to do to defuse Teach for America is just pay attention, watch, and listen. Recruitment is down, and broad-based criticism of their ever-shifting mission(s) is up. Many of their friends in high places have moved on to new scams ventures, and the young people with a sincere desire to Do Some Good who were once TFA's bread and butter-- those young people are more often asking the right questions and concluding there are better ways to Do Some Good. What I wrote two years ago is even truer today: they're a blot on the profession, a destabilizing influence in the schools they descend upon, and a work force that unnecessarily prolongs the life of deserve-to-die charter schools. But they are shrinking both in size and influence.

Previous rating: EBMTMBK 9
Two years ago what I said was "Its specific threat to education is that it has shaped too much of what we do. Policy and curriculum decisions are made not on educational merit, not even on 'hey this is easy to do, anyway,' but because we want to structure things for best data generation and collection." That turns out to be an understatement. Some folks would now like to re-organize education so that it is all data collection, all day. We're selling it as personalization and project-based education and competency achievement, but mostly we're shuffling things about so that we can collect more data. So while this intrusive monitoring and collecting has always been a threat to our society and our citizens, it is likely become even more of a threat to the education system itself.


COMMON CORE STATE [sic] STANDARDS
Previous rating: EBMTMBK 8
Common Core, as originally conceived, are dead. No national standards keeping all states on the same page. No national test that reflects and measures the standards. Hell, no test at all that truly reflects and measures the standards. And now that they've been out there in the field for a few years, the standards have been rewritten, retooled, tweaked, or just plain ignored by administrators, PD deliverers, publishers, and classroom teachers all across the country. The "common core" brand has been shamed and abandoned, and because of the tweaking and adapting, it doesn't really mean anything, anyway. Even people who still claim to support it have unofficially rewritten it on their own. Make no mistake-- a huge amount of serious damage is being done in the name of Common Core and/or its masked secret identity, "college and career ready standards." But the standards are no longer the point of the spear, but more like the butt. The shift to CACR standards has only compounded the problem for supporters, because nobody knows what it takes to be college and career ready or how to measure it, and any attempt to talk specifically just makes them sound dumb. Common Core is still dangerous, but instead of a well-organized marauding army, it's now more like a lost battalion of ragged soldiers who don't know the war is over yet.

Previous rating: EBMTMBK 11
The Big Standardized Test has seen better days. It's under attack from many quarters, and it doesn't have quite the support it once did. Mind you, some people who have started attacking it are doing so only so they can replace it with something worse. The BS Test still has the whole-hearted (and only-partially-brained) support of the US Department of Education, but the law now recognizes, sort of, the parental right to opt out of the test. The new law also offers the chance to chip away at the BS Test's role as the only arbiter of teacher quality-- whether states take that opportunity or not remains to be seen. But the test has always been the keystone in the arch of Terrible Reformy Ideas, from judging teachers to "proving" that schools are failing to big-time data mining. It is losing those roles. It would be a mistake to stop fighting the BS Test, which still in most states and districts is the unofficial (narrow and crappy) curriculum plan. With continued pressure, we can strip the BS Test of its power to drag schools into the dark pit of test prep, but until that day comes, it still poses a huge threat to education.

Previously unranked
Two years ago, CBE was barely on my radar, and honestly, having lived through the early-nineties disastrous fiasco that was Outcome Based Education, I'm still kind of amazed that we're back here. But we are. What has changed since 1991? Computers, the internet, the cloud, the sheer raw data collecting and crunching power that a company like Pearson now has at its command. In a CBE world, neither teachers nor schools are necessary-- just students at their computer terminal being put through their software-controlled paces, each keystroke and answer filed away (and put to all manner of uses) in their new lifelong data record. Public education and citizen privacy would all be washed away. CBE fans are ju-jitsuing themselves some support for the approach (Quick! Run away from the evil test and take refuge in this CBE sanctuary over here!) and ESSA has opened the door wide for new "personalized" and non-BSTest-based measures of student achievement. I still think there are some serious hurdles in CBE's path, but if it clears those obstacles, we'll be looking at a huge threat to public education in this country (and the absolute end of teaching as a career).


Posted by Peter Greene at Monday, July 11, 2016
Email ThisBlogThis!Share to TwitterShare to FacebookShare to Pinterest