West Virginia's GOP has been trying to get themselves some school vouchers for years.

For instance, back in 2019 when they were still trying deliver on the promises that came out of the 2018 teachers strike, they tried using teacher raises as bait, tying the improvement in teacher working conditions to some charter baloney and a super-voucher system designed to drain money from the public education system. Teachers went out on strike again. 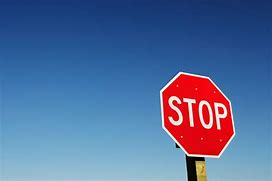 But the GOP was determined, sop in 2021 they proposed the Hope Scholarship Program (because "scholarship" tests so much better than "voucher") via HB 2013. At this point I feel as if I've read dozens of these bills, and they all read pretty much the same. Families get the money the state would have spent on their public education. It has to be spent on education or education-flavored expenses. Some middle-person business will handle the money. Parents might be audited, occasionally, maybe. There will be no vetting or oversight of the various venders who sign up to be on the receiving end of those sweet taxpayer dollars; in fact, the state is expressly forbidden to infringe on the provider's autonomy and freedom to conduct business as they wish (like, say, being very Christian-ish and discriminating against anyone they wish to discriminate against). It's all pretty much boilerplate at this point.

It is notable that by 2026 the vouchers will be available for all students (including home schoolers), putting them on track to join Arizona in gutting public education most thoroughly, making West Virginia's seriously underfunded schools even more underfunded.

The bill went to the Governor's desk in March of 2021, and the whole mess was supposed to be implemented by this fall.

But in January some public school parents filed a lawsuit (Beaver v. Moore). The lawsuit alleged that first, the state constitution only allows for the funding of free public schools, not the funding of a separate private system. Second, the state constitution doesn't allow for cuts in funding except for "narrow, compelling" reasons. And third, it runs afoul of discrimination laws by stripping voucher students of rights and protections they would otherwise enjoy. The pro-voucher side (repped by far right Institute for Justice) wanted the case dismissed.

They didn't get that. This morning, Judge Joanna Tabit of the Circuit Court of Kanawha County granted a preliminary injunction and permanent enjoining of the program--in other words, knock it off. A press release from Public Funds Public Schools notes

“The judge clearly understood that the West Virginia Constitution does not allow for this voucher program,” said Tamerlin Godley, partner at Paul Hastings LLP, co-founder of Public Funds Public Schools, and lead lawyer for the case. “Stopping the voucher program was absolutely essential to protect the state’s students and their public schools.”

“West Virginia has a proud history of prioritizing quality public schools for all the state’s children, and that commitment is enshrined in our constitution,” said Jack Tinney, co-counsel for the parent plaintiffs and a partner at Hendrickson & Long in Charleston. “We could not stand by and allow the voucher law to undermine West Virginia students’ constitutional rights.”
Is that the end of it? Ha. Fat chance. Watch for the case to start climbing its way through the court system. But in the meantime, vouchers have been stopped in West Virginia once again.
Posted by Peter Greene at Wednesday, July 06, 2022
Email ThisBlogThis!Share to TwitterShare to FacebookShare to Pinterest